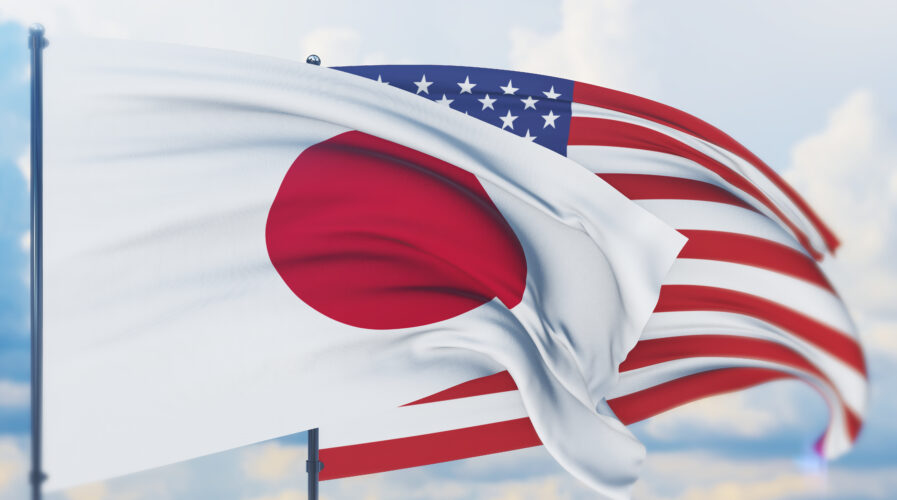 Did Japan just pick the US over China in the tech war?

The conflict between the US and China is all but subsiding. In fact, it has evolved so much over the years that the US has gathered allies to stop China from disrupting the global semiconductor supply chain. Unfortunately, the so-called “Chip 4 Alliance”, composed of the US, Japan, South Korea, and Taiwan, has been struggling to take shape since the idea was first formed last year.

That may change this year, after a Japanese senior trade official recently shared Japan’s intention to “reinforce” its coordination with the US to restrict hi-tech exports to China. During a visit at the Centre for Strategic and International Studies think tank in Washington, Japan’s minister of economy, trade and industry, Yasutoshi Nishimura said “it is also absolutely imperative for us to reinforce our cooperation in the area of export control”.

Nishimura reckons the move is important, especially “to address the misuse of critical and emerging technologies by malicious actors and inappropriate transfers of technologies.” The Chip Alliance proposal includes Japan, South Korea and Taiwan because those countries excel in certain segments of the semiconductor industry and combining the strength of each participant will create a complete semiconductor supply chain that runs from design to manufacturing.

For the US, by pulling resources together, the alliance is also a framework to drive technological breakthroughs and to withstand supply disruption emanating from trade conflicts or geopolitical tensions. Nishimura also said Tokyo wanted to work more closely with Washington to jointly develop dual-use technologies, citing rising military challenges from Beijing following tensions across the Taiwan Strait after then US House Speaker Nancy Pelosi visited the island in August. APPLE: INVESTMENTS IN JAPAN BREACHED US$100BN, WITH SONY BEING THE BIGGEST SUPPLIER

“We will implement strict export control grounded in international cooperation while engaging closely in exchanges of views with the United States and other relevant countries,” Nishimura said, according to a report by South China Morning Post. His remarks simply offered the latest signal that Japan was likely to join – if not completely – the US chip ban against China amid a fierce semiconductor war between the world’s two largest economies.

When the Biden administration made sweeping updates to its export controls against China in October 2022, it crippled Beijing’s ability to acquire high-end US chip technology and equipment. The move, seen as the worst, most effective one yet, also blocks US citizens from working for certain firms. However, experts argued that the success of that export control depends largely on a unified stance from its key allies, including advanced chip tool makers Japan and the Netherlands.

In early December last year, there were even reports surfacing that Japan and the Netherlands have agreed in principle to join the US in tightening controls over the export of advanced chip making machinery to China. Despite that, no official reports came from either country until Japan’s senior trade official statement recently.

After all, for Japan, “we must not be overly reliant on other countries, especially on only one specific country, for goods and technologies that are indispensable for our industries and our daily lives”, said Nishimura. He is of the belief that both Japan and the US should join forces to drive global innovation for semiconductors, biotechnology, and other important emerging technologies. “To do this, we must make bold investments at a scale never seen before.”

In June last year, the US and Japan launched a high-level economic dialogue aimed at pushing back against China and countering the disruption caused by Russia’s invasion of Ukraine. The two long-time allies agreed to establish a new joint research center for next-generation semiconductors during the so-called economic “two-plus-two” ministerial meeting in Washington.

Then in December, US-based IBM and Japan’s government-backed chipmaker Rapidus formed a partnership to fabricate 2-nanometer chips, a move seen as “symbolic of Japan-US semiconductor cooperation”, Nishimura said, according to SCMP. With that, he reckoned the need for both the US and Japan to expand even bilateral hi-tech cooperation in the fields of quantum science and technology and artificial intelligence.

For now, it looks like Japan has succumbed to the pressure to join Washington’s efforts to block the flow of advanced chips and technology to China. How that will play out for Tokyo remains unclear. One certainty is that when Japan makes it clear that it picks US over China, it will not only hurt the interest of semiconductor enterprises currently doing business in Japan, but also weaken the attractiveness of the industry for global investors.