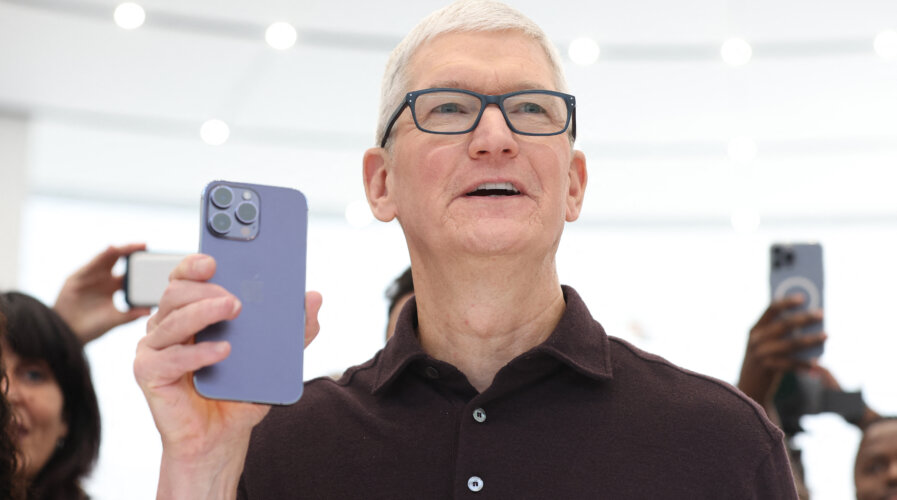 For Apple, the road to self-sufficiency starts with ‘owning’ its key tech

“We believe that we need to own and control the primary technologies behind the products that we make.” Those were the words of Tim Cook when he issued the company’s mission statement in 2009, just days after he was named interim chief executive officer of Apple Inc. Years after that, Cook still mentions how Steve Jobs, his predecessor, had ingrained the idea and was “laser-focused” on “owning the key tech” of Apple’s products.

Though the groundwork for the shift started by Jobs, Cook, throughout the last 14 years of his tenure as CEO, had built up the tech arsenal of Apple by developing the main chips that go into its phones, tablets, watches, streaming boxes and computers. Not only that, in that period of time, Apple also created the wireless components inside of AirPods and Apple Watches and even made its own mapping software.

How did Apple start focusing on building its own tech?

Looking back, the move to build its core components kicked off in 2008 when Apple acquired a company called P.A. Semi, which made low-power processors. Two years later, the tech giant rolled out its first completely in-house application processor, the A4 chip, with the original iPad and iPhone 4. To top it off, over the last decade, Apple has rapidly improved its mobile chips to the point that they became suitable for computers. 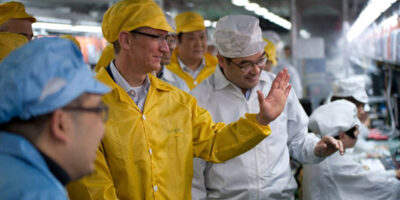 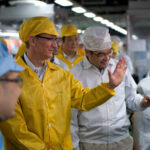 Now, Apple is even making custom chips for a mixed-reality headset planned for this year and eventually for a semi-autonomous vehicle. A brief look back reminds us that Apple has also designed its fingerprint Touch ID tech; app programming language Swift; iCloud and iMessage; operating system (iOS); productivity software; App store; graphics processor; and True Depth Camera among others.

But as the years go by and as more geopolitical issues arise that threaten the global supply chain, Apple is making it obvious that it is moving to the point at which it will have near complete control over every major component powering its devices. Whether it is seen in new kinds of displays, smarter cameras, or custom silicon, hardware has a role to play in pushing more intelligent software and services,” he added.

What is Apple up to now?

The crux of the matter, as Bloomberg puts it, is that “overseeing more of the components allows Apple to control the pace of innovation in its products, rather than having to rely on outside suppliers.” Just last week, Tech Wire Asia reported on the possibility of Apple ditching Broadcom and Qualcomm as suppliers as it pushes to replace the chips inside its devices with homegrown components.

The same week, we reported that Apple may also drop Samsung, LG as partners for its own tech instead. Frankly, most industry experts see it as a smart move by Apple — to control both the tech and the supply chain. In fact, the main difference between Apple and Samsung is that the latter makes about 90% of its smartphone components.

When it comes to its reliance on Qualcomm, according to people familiar with the matter Apple aims to use its own cellular modem chips instead, starting in a single device before expanding the rollout to other devices. As part of the shift to replace Qualcomm’s 5G modem parts, Apple will also drop a key Broadcom Inc. part by 2025.

The chipmaker makes a combined component that handles both Wi-Fi and Bluetooth functions on Apple devices. To top it off, to make it up for what both Qualcomm and Broadcom provide, the tech giant is said to also be working on a version of in-house design that will combine cellular modem, Wi-Fi and Bluetooth capabilities into a single component.

As for Apple’s reliance on Samsung Display Co. and LG Display Co., the tech giant is planning to reduce that by using its own custom displays in mobile devices instead. The move, expected to take place as early as next year, will start with the Cupertino, California-based company swapping out the display in the highest-end Apple Watches. Apparently, the screens upgrade the current OLED — organic light-emitting diode — standard to a technology called microLED, and Apple plans to eventually bring the displays to other devices, including the iPhone.

While the updates on dropping Qualcomm, Broadcom as well as Samsung and LG have not been shared officially by Apple, the move is indeed anticipated by many as the tech giant had hinted towards that direction one too many times. For now, Apple is expected to make the first announcement of 2023 as soon as today, according to sources as the company will apparently be holding Mac-related briefings with influencers and select members of the press.