Japan wants to launch a quantum-centric supercomputer by 2025. Here’s what that means.Image: Japan’s Fugaku supercomputer at the Riken Center for Computational Science in Kobe, Hyogo prefecture. Source: AFP

Japan wants to launch a quantum-centric supercomputer by 2025. Here’s what that means

Two years have passed since the debut of Fugaku–Japan’s top supercomputer– and this week, it is reported that the machine may soon be able to help bring quantum computing technology into real-world use within the next two years. In Japan, the hybrid approach of integrating quantum computing and supercomputers has gained traction and the move could in fact help Japanese companies compete better in cutting-edge drugs, materials, and other fields.

Although quantum computers can be over 100 million times faster than conventional supercomputers, aiding in complex quantum and digital simulations, existing quantum machines need to be kept in extremely cold environments, and they can be unstable and prone to errors. Heavy duty cooling adds a huge amount of bulk, cost, and energy consumption, limiting where quantum computers can be used.

To overcome that, Riken will apparently establish a communications link between a quantum computer and Fugaku, the world’s second-fastest supercomputer, to overcome this weakness, according to a report by Nikkei Asia. “Only core calculations will be offloaded to the quantum machine, while Fugaku organizes and reinforces the various outputs to approach the right solution,” the report added. 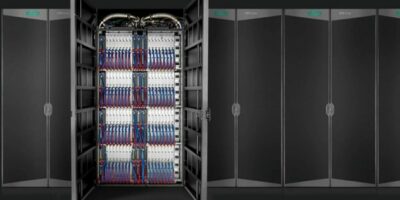 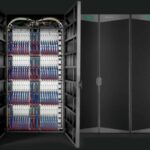 Since the competition in quantum computing has been intensifying globally over the years, countries like Japan, China and the US have not rested on their laurels. For instance, a Google quantum computer in 2019 conducted a calculation in three minutes that would have taken a supercomputer 10,000 years. To top it off, Google aims to build an error-free quantum computer ready for practical use in 2029.

Riken is looking to beat Google with the hybrid approach and the institute will set up the first prototype in Japan by the end of March in the city of Wako, near Tokyo. Riken also plans on working with an alliance of companies including Toyota Motor, Hitachi, and Sony Group to promote the use of computing infrastructure that melds quantum technology with supercomputers.

“It will launch a team in fiscal 2023 to study different calculation methods and tools to facilitate data transfers between the quantum computer and Fugaku,” Nikkei highlighted. Besides Japan, Europe has been on the same path of the hybrid approach. Just last month, Finnish research and technology organization VTT announced that it connected the quantum computer HELMI with the pan-European supercomputer LUM.