Apple is finally setting up a retail chain in Malaysia, after years of relying on third-party resellers.People queue to enter Apple’s third retail store during its opening at Marina Bay Sands in Singapore on September 10, 2020. (Photo by Roslan RAHMAN / AFP)

Apple is finally setting up a retail chain in Malaysia, after years of relying on third-party resellers

As a tech reporter based out in Kuala Lumpur, Malaysia, I have always assumed that the Apple stores around the country are official retail stores by the iPhone maker — at least some of them. It wasn’t until this week that I knew that those affiliated stores in Malaysia are mere resellers and Apple has no official retail presence in the country, yet.

That will soon change considering that the company recently published job listings on its website for locations in Malaysia, seeking store managers, technical specialists and support staff, salespeople for businesses, and operations experts. The move, first noticed by Bloomberg, indicates that Apple has begun hiring princess for a retail push into Malaysia, preparing to bring its chain to the Southeast Asian nation for the first time.

For context, the listings actually indicated that the positions will be for Apple’s own retail stores, not third-party reseller locations that have long operated in Malaysia. The Cupertino, California-based company already operates an online store in Malaysia. The latest move is seen as a step to strengthen the tech giant’s presence in Southeast Asia, where it already has stores in Thailand and Singapore.

It is worthwhile to note that the company also recently started promoting job listings for its first location in India, which has been in the pipeline for several years. To recall, Apple started developing a retail chain nearly 22 years ago and now has more than 500 stores globally, with the majority located in the US. Its last international expansion was in 2018 and that too in Bangkok, Thailand. 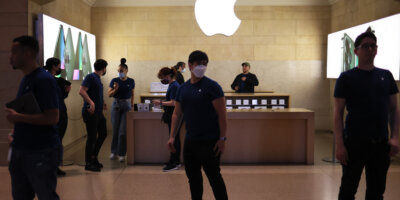 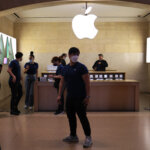 NO LAYOFFS AT APPLE? THAT’S BECAUSE THE TECH GIANT DIDN’T OVER HIRE DURING THE PANDEMIC

While Apple doesn’t usually report sales in individual countries, it is also fair to note that the company generates a significant amount in this part of the world. According to Bloomberg’s report, Apple generated more than US$29 billion from its Asia Pacific segment, which excludes Greater China and Japan, in the last fiscal year.

Generally, we can expect more progress with Apple and its presence in Southeast Asia this year, considering the tech giant has been working to diversify its manufacturing from being China-centric. In a separate recent report by Bloomberg, it was stated that Apple’s partners Foxconn Technology Group and Pegatron Corp. have included Southeast Asia in their expansion plans for this year, “in a sign major global contract electronics manufacturers will continue to add production capacity outside China to mitigate geopolitical and economic risks.”

In fact, Apple has plans to move some MacBook production to Vietnam for the first time this year through its top supplier, Taiwan’s Foxconn, The progress is expected to take place around May, according to sources briefed on the matter. Frankly, Apple has been working to add production sites outside of China for all of its major product lines, but doing so for the final one, the MacBook, has taken longer due to the complex supply chain needed for making laptop computers.