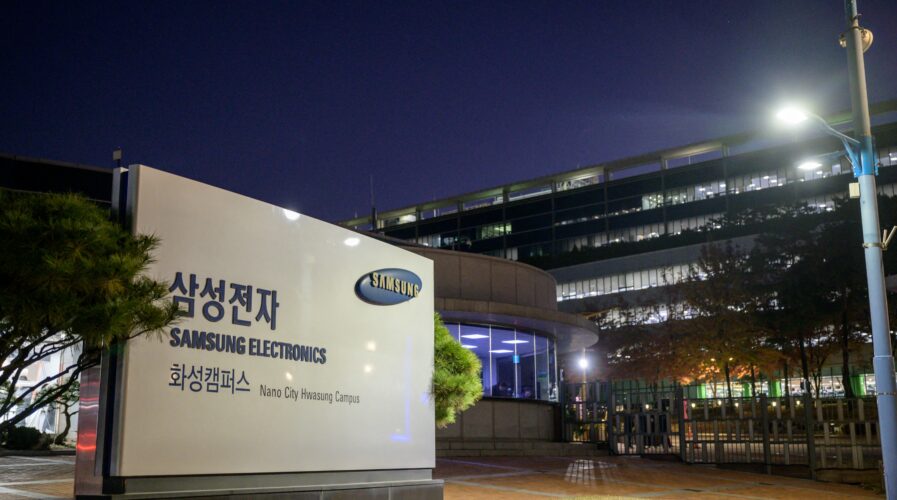 After TSMC, Samsung might follow suit in raising chip prices. (Photo by Ed JONES / AFP) / TO GO WITH SKorea-economy-telecommunication-labour-Samsung,FOCUS by Kang Jin-kyu

In mid 2021, the lingering chip shortages caused the world’s biggest contract chipmaker, Taiwan’s TSMC, to hike its prices by 10% to 20%. The chip making giant is even considering another price hike this year mainly due to inflation concerns, rising costs, and expansion plans. However, TSMC isn’t alone — in fact, even the second-largest firm in the semiconductor market Samsung is reportedly planning to increase prices of production.

Samsung, who is also the world’s largest memory chip maker and the second largest contract chip manufacturer after Taiwan’s TSMC, is said to be talking with foundry clients about charging as much as 20% more for making semiconductors this year. According to an initial report by Bloomberg, Samsung is basically “joining an industry-wide push to hike prices to cover rising costs of materials and logistics”.

In particular, contract-based chip prices are likely to rise around 15% to 20%, depending upon the level of sophistication, Bloomberg said, citing people familiar with the matter, who asked not to be identified due to the sensitivity of the issue. On the other hand, chips produced on legacy nodes would face bigger price hikes. Samsung has apparently finished negotiating with some clients, while it is still in discussions with others. 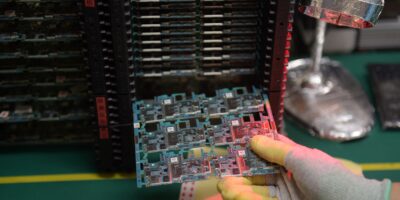 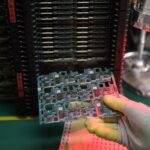 TWO YEARS LATER, ARE WE FINALLY REACHING THE END OF A GLOBAL CHIP SHORTAGE?

Samsung’s decision is actually a shift from its relatively stable pricing policy last year, even when the industry rushed to raise prices in the wake of a global chip shortage. This time however, the company, as it is the case with TSMC, is facing multiple macro risks such as the war in Ukraine, lockdown measures in China, rising interest rates and inflation. “That’s throwing a wrench into business plans typically made a few years in advance,” Bloomberg emphasized.

To recall, back in August last year, TSMC announced a price hike of between 10% to 20% on its chips — the company’s steepest single increase in a decade but not an isolated action. TSMC has raised prices several times since the pandemic, attributing its actions to Covid-19-related shortages, material costs and even supply chain constraints.

People briefed on the matter told Nikkei Asia that the Taiwanese giant had informed clients it is planning to raise prices again by “single-digit percentages” across both mature and advanced chip production technologies. For this round, the increase in price will apparently take effect by the beginning of 2023.

To recall, the August 2021 price hike involved the company’s most advanced chips (10% increase) and less advanced chips used by customers like automakers (20% increase). That price hike, according to Wall Street Journal, generally took effect late last year and this year.

For Samsung, new pricing would be applied from the second half of this year. ASML Holding NV — a key supplier to Samsung and TSMC — also warned last month of rising pressure on labor costs, in addition to higher material costs and transportation costs. That would have been a signal good enough to indicate a forthcoming price hike among its clients like TSMC and Samsung.

Even other players like United Microelectronics Corp (UMC) have been warning clients that they plan to raise prices by a mid-to-high single digit percent, on the heels of a price hike several months ago. UMC’S another round of price hike will be a 4% increase in the second quarter. In the case of Samsung, since the South Korean chip behemoth makes chips for a wide array of customers, including IBM, Nvidia and Qualcomm, among several others, the increase in pricing would inevitably impact them.

At this point, Samsung is already fielding orders for the next five years that together represent around eight times that of the previous year’s revenue, according to Samsung’s foundry business executive VP Kang Moon-soo during a recent earnings call. “We expect our order book to continue to grow.” Just last year, the company dethroned Intel Corp. to become the world’s biggest chipmaker by revenue, and has declared it wants to overtake TSMC and become the biggest player in the US$400 billion foundry business of making chips.