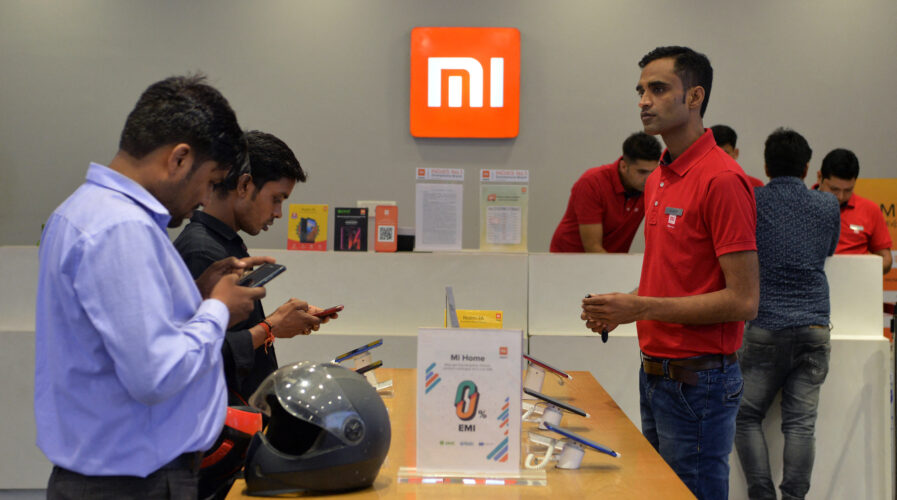 Xiaomi is still selling the most smartphones in India . (Photo by Sajjad HUSSAIN / AFP)

China’s Xiaomi still selling the most smartphones in India

Despite being in crosshairs with the Indian authorities, Chinese mobile giant Xiaomi Corp tops the chart for the 18th consecutive quarter in terms of smartphone shipments in India. As one of the most important overseas markets for Xiaomi, its mobile phones alone accounted for about 23% of the country’s overall phone shipments in the first quarter of this year.

This is despite India taking a hard line against Chinese companies operating within the country — including Xiaomi. Ever since troops from the two countries clashed in 2020. India blacklisted more than 200 mobile applications from Chinese providers, including shopping services from Alibaba Group Holding Ltd., the TikTok short video app from ByteDance Ltd. and even apps used on Xiaomi’s phones.

Most recently, India accused Xiaomi Corp. of breaching the country’s foreign-exchange laws and seized 55.51 billion rupees (US$726 million) from a local unit of the smartphone maker. Xiaomi’s president Wang Xiang in a press conference recently said that Xiaomi India has insisted on operating in line with local laws and will keep up communication with India in hopes to reach a consensus.

The company, in its first quarter financial report recently said it has also made some personnel adjustments to better cope with the situation. To top it off, revenues from overseas markets accounted for 51% of Xiaomi’s overall income in the first quarter, with the main sources being India and Europe, data from its financial report shows. 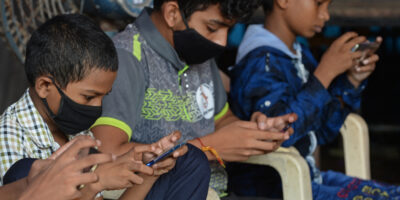 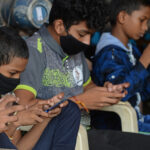 Even numbers from International Data Corporation’s (IDC) Worldwide Quarterly Mobile Phone Tracker shows that Xiaomi continues to lead though its shipments declined by 18% year-on-year (YoY) in the first quarter of this year. In fact, its dominance in the online channel remained with a 32% share including its sub-brand POCO.

Even throughout 2021, Xiaomi managed to maintain its leadership position for four consecutive years with 40 million units shipped to India. Poco, Xiaomi’s sub-brand, emerged as the fastest growing online brand amongst the top five with 51% YoY growth.

Overall, numbers from IDC indicated that in quarter one this year, India’s total smartphone shipments actually declined by 5% on a yearly basis for the third consecutive quarter, with vendors shipping 37 million smartphone units in the first quarter of 2022. While it is not a healthy sign for the Indian smartphone market that has been growing tremendously during the pandemic, it is on decline due to the ongoing chip shortages and supply chain issues.

“Supply remained the biggest challenge for the leading vendors, such as Xiaomi and Vivo, and they struggled to secure components for their volume-driving low-end models. In contrast, brands such as realme, Tecno and Itel did remarkably well with solid supply to take on the market leaders and fulfill the low-end demand in Q1,” Canalys said in a recent report.

Canalys reckons that the biggest challenge vendors will face in 2022 will be maintaining device affordability. “Oil prices in India are at an all-time high and wholesale inflation remains elevated, at 14.6% in March 2022. Volatility in foreign exchange rates and higher operational costs due to inflation will, in turn, put further pressure on vendors to maintain profitability,” it added.