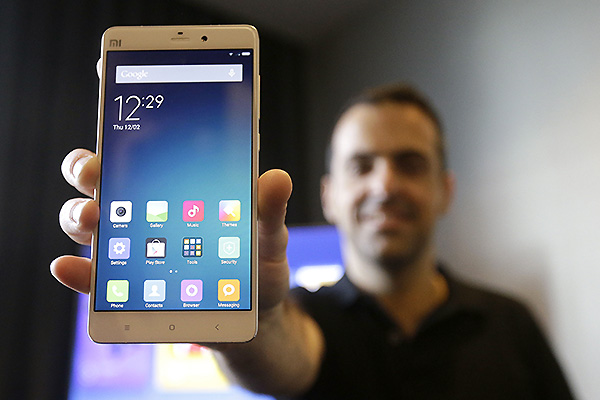 Barra holds up a Mi Note after a presentation in San Francisco. He had tried to bring Xiaomi into his native Brazil, but it didn’t pan out due to taxation and manufacturing policy issues. Source: AP

SAN FRANCISCO (AP) — Xiaomi, one of China’s hottest companies, is bringing its blend of cheap yet fashionable technology and crowd-pleasing antics to the U.S.

While its smartphones won’t be available in the U.S. anytime soon, Xiaomi unveiled plans Thursday to test the U.S. market by selling inexpensive headphones and other accessories online. It’s hewing to the Internet-driven, customer-friendly model that has helped turned the company into a major player in mobile computing just five years after its founding.

Phones from Xiaomi — pronounced schow-mee — offer a smattering of the sleek technology featured in fancier devices made by Apple and Samsung, but they sell at much lower prices.

The formula is working so well that Xiaomi often draws comparisons to Apple.