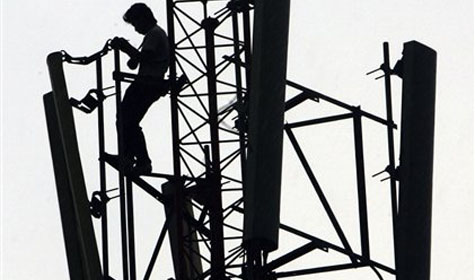 The Philippine mobile phone industry continues to be among the brightest spots of the country’s economy with combined revenues of over P200 billion (US$4.5 billion).

On Tuesday, Globe Telecom claimed it has captured leadership in mobile phone postpaid revenues and market share in 2014 with P29.9 billion in total revenue last year.

The telecom giant achieved several other milestones aided by a record P99 billion of consolidated service revenues, 79 percent of which was generated from mobile revenues.

“The numbers reveal that we have already gained foothold in leadership in the local telco industry,” Cu proclaimed in a press conference at the start of the company’s annual stockholders meeting.

SMART has yet to release its 2014 revenues.

On a per brand basis, Globe now has a market share of 32.9 percent compared to erstwhile industry leader SMART with 28.2 percent.

Smart likewise is still the industry leader in terms of subscribers with more than 70 million users while Globe has a subscriber base of 44 million.

Globe’s other brand is TM which has a market revenue share of 10.8 percent.

In mobile messaging, Globe claimed it bucked the trend of declining industry revenues.

“The country (mobile user) is moving and shifting usage from calls and SMS to data messaging and VOIP type of calling.”

“I cannot stress how large 1 percent is in SMS revenue growth,” he emphasized.

Mobile SMS, according to Globe, accounted for 37 percent of total mobile service revenues which closed the year at P29.1 billion.

The figure is one percent above the P28.8 billion at the end of 2013 “driven by the continued popularity of bucket and unlimited promotions.”

“We plan to sustain our momentum for the long haul as our driving force to continuously provide Filipinos with innovative products and services that will cater to their digital lifestyle,” Cu said in an accompanying press statement.