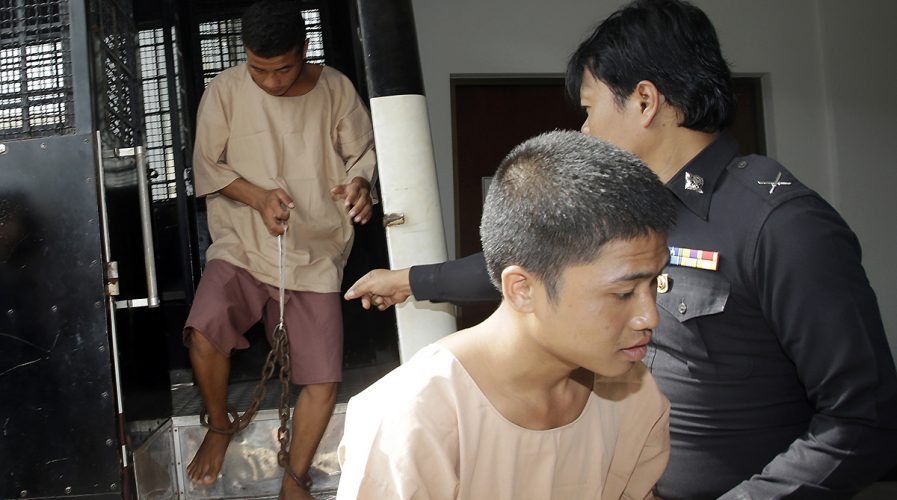 HACKERS on Wednesday leaked a trove of data files stolen from Thai prison websites in their ongoing protest over the conviction and treatment of two Burmese men sentenced to death for murdering two British tourists in Koh Tao in 2014.

Associating themselves with the “Anonymous” collective of hackers, they claimed to have obtained the data last Thursday when they attacked and disabled 20 Thai prison websites. The ‘Blink Hacker Group’, as they called themselves, attributed the data release to news that Win Zaw Htun and Zaw Lin, both 22,  men were allegedly mistreated in prison.

Both were convicted in December last year for the murders of Hannah Witheridge and David Miller.

The following is what the hackers posted on Facebook:

Posted by We Are Anonymous on Wednesday, 3 February 2016

On Wednesday, 19 out of the 20 prison websites that were attacked last week were inaccessible, reported the Bangkok Post. The hackers claimed that the sites could not restored because prison authorities neglected to make backups of the stolen databases.

Mocking prison officials, they wrote, “Are they smoking crack?, no backup database LOL.”

Among the objects of the hackers’ ire are reports that the Burmese men were shackled and kept in their cell 24 hours a day. Learning that the men were now “shackles free”, the hackers said they were returning the stolen databases – 100 in total – to Thai authorities as well as releasing them to the broader public.

However, they warned, “Giving back of databases doesn’t meant we like you.” They claimed that the databases contained information about, among other things, the number of inmates who have escaped and remain at large.

“We are watching you, this is just a beginning,” they wrote, implying the possibility of new attacks.

Hackers have hit Thai government websites three times this year to protest the conviction and death sentences of the two Burmese men, who they claim have been made scapegoats.

The first of these attacks happened on January 5 and targeted police-affiliated websites. Next, the hackers went for court websites on January 13. And most recently, as described above, they disabled and stole data from prison websites.