GOOGLE is finally joining the ranks of contactless smartphone payments in Singapore, where Apple Pay and Samsung Pay have already been in place since May and June respectively.

Google may well have the upper hand here, considering Android phones account for about 60 percent of smartphones shipped to Singapore, according to Tech in Asia.

Users need to have an Android smartphone running on version 4.4 KitKat at least, with near field communications (NFC) capabilities.

Users will also need to download the Android Pay app from the Google Play store, load their credit and debit card information, and then choose a default card and confirm payment settings. 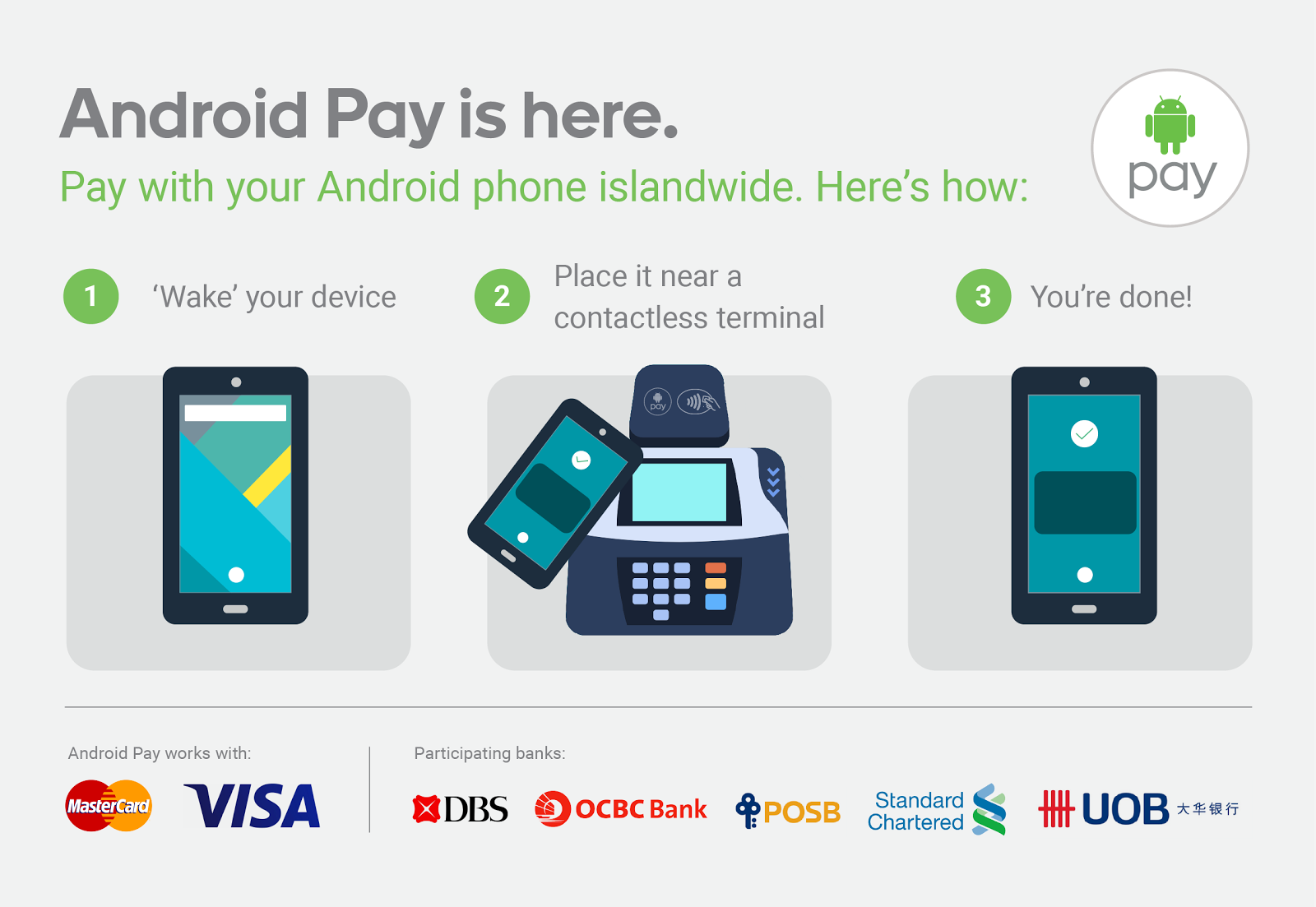 Google has also solved the problem of having two payment systems on one phone, which is likely to happen if you have a Samsung phone that runs on Android. Users will be able to choose a default platform so that only one contactless system is activated when placed near a payment terminal.

The competition may prove to be a battle of capabilities. According to Channel News Asia, Forrester researcher Ng Zhi Ying said consumers who own NFC-enabled Android phones can adopt mobile payments, while Samsung Pay can only be used by “consumers who own the more recent Samsung models”.

Android Pay is also expected to be made available in Australia later this year, with Bhat telling media members on Monday that the company is still working with partners there.