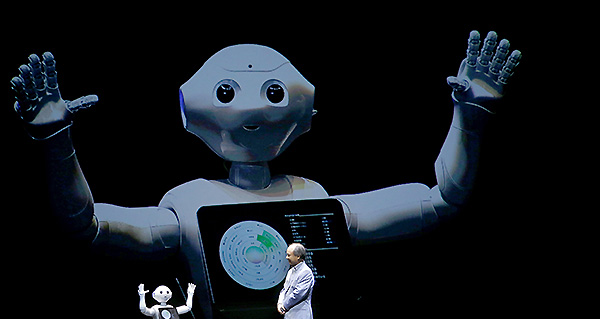 A ‘Pepper’ robot is displayed at a press event in Tokyo in June. Pic: AP.

INTERNET service providers (ISPs) in Singapore are engaged in a price war as some 360,000 cable modem users face possible discontinuation of services by the end of next year.

A source told the Straits Times that Starhub’s network leasing agreement with Singtel will come to an end in the latter part of 2017. The deal was pivotal to Starhub’s cable broadband and TV services.

StarHub almost halved its monthly subscription rate for its 300Mbps package from SG$49.90 (US$36.20) to SG$29 (US$21) and if it ended the lease with Singtel, the cable services would follow suit, the paper reported.

The price-slashing prompted other ISPs to reduce their prices such as M1 which matched the StarHub deal with its $29 monthly 300Mbps plan.

This meant that its 360,000 users would be targeted by other ISPs looking to increase the number of customers. However, StarHub had yet to make a final decision on the lease.

StarHub chief marketing officer Howie Lau told the paper: “We will ensure a smooth transition for our customers, from cable to our fiber broadband services.”

On the other hand, ViewQwest will offer 350 Mbps fiber optic broadband plan for SG$29 (US$21) a month beginning tomorrow, said its chief executive Vignesa Moorthy.

“This group of users may not need high-speed plans, but they will be looking to switch to a good fiber broadband provider,” Vignesa said.

According to the paper, Association of Telecommunications Industry president Mike Ang said the shift from cable to fibre is inevitable.

“Cable technologies which are capable of surfing speeds of up to around 100Mbps are old and will eventually be retired,” he said.