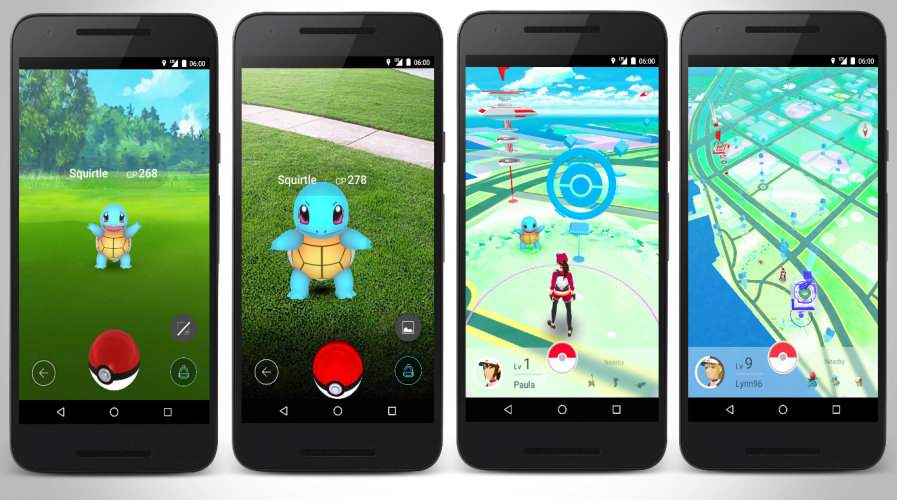 Pokémon GO might be a killer augmented reality app, but it’s killing batteries too

MUCH to the joy of millenials everywhere, Pokémon GO just had a wide release on Wednesday in Australia, New Zealand, and the U.S. Between all the nostalgia and huge press coverage, it seems that the game might be the next killer app on Android and iOS.

However, with the game’s heavy use of location-sensing technologies, 3D graphics and augmented reality in its gameplay has been proven to be a battery hog. According to some accounts, the game can drain as much as one percent of battery life per minute of gameplay – killing phones in under two hours.

Pokémon GO rides on the franchise’s main premise of catching the little pocket monsters (hence, Pokémon), then training, battling, and trading. The best feature, of course, is the augmented reality (AR) part, made possible by a combination of location-tracking and camera present in virtually all modern mobile devices.

The gameplay takes place in the real world (sort of), with Pokémon appearing on-screen inside real-time images captured on camera. Hence, unlike console games, which mostly focused on role-playing, Pokémon GO takes interactivity to a whole new level.

With early reviews citing battery issues, the game’s publisher, Niantic, has acknowledged it is an issue, and said it will address it in an update. “Some devices may experience battery drain while playing Pokémon GO for prolonged periods of time,” the publisher said. “We are working on a solution.” So before you go hunting for Pokémon over the weekend, these tweaks will help you conserve battery:

In-game battery saver mode: First, the game has its own “battery saver” mode, which essentially turns off the augmented reality feature in the gameplay. This means the phone does not have to access the camera while you hunt and catch the Pokémon.

However, it still uses a live map, which lets you navigate your way around your vicinity. It’s not as exciting as catching a Pokémon right across the room from you or right on your lap, though.

Other tips: Reducing screen brightness, turning off audio, killing background apps and turning off unnecessary features like Bluetooth will help. Others would go as far as recommend that you switch to airplane mode or turn off your phone altogether whilst not playing.

Use a powerbank: With the growing demand for faster mobile Internet, our devices’ energy capabilities have not caught up. Some (smart) smartphone users carry powerbanks or battery cases so their devices can last through the day.

It’s not an elegant solution, especially since it can impede you from single-handedly catching Pokémon. But, it should satisfy your Pokémon GO fix if you have a long commute.

Use a wearable accessory: Unfortunately, Pokémon GO doesn’t use push notifications to tell you when a Pokémon is nearby, making it harder to catch a monster in the wild unless you have the game running constantly. The Nintendo Pokémon GO Plus accessory, listed on Amazon, promises an “easy and convenient way to catch Pokémon and collect items”. It’s currently unavailable though, without information on when it will be available for sale again (boo).

Safety tips while hunting for Pokémon

Preserving battery might not be the only issue related to playing Pokémon GO. Given the AR gameplay, you might be tempted to keep your eyes solely on your phone while tracking Pokémon in the wild – risky, especially if you’re walking along a busy street or an intersection.

Even the authorities have weighed in. The Metro Manila Development Authority advised pedestrians on Thursday to keep their eyes on the road.

“Do not play Pokémon GO while crossing the street, and keep your eyes on the road, looking left and right while crossing,” it warned. “If you cannot keep yourself from playing, cross the street using designated footbridges, but make sure you are alert while walking.”

AR technologies have made their way into the mainstream, aided by the ubiquity of devices with cameras and location/direction-sensors. As with VR, gaming seems to be a popular application of such technologies. Pokémon GO might just help bring even more mainstream appeal to AR , as the app rose quickly to the top spot on the app stores shortly after its launch.

At the time of writing, however, the game is offline. “Our servers are experiencing issues. Please come back later,” says the splash screen. The game might have become too popular for its own good – Niantic will need to beef up its infrastructure to support the influx of players around the world.

For now, while the game is offline, your phone’s battery might be thanking you.