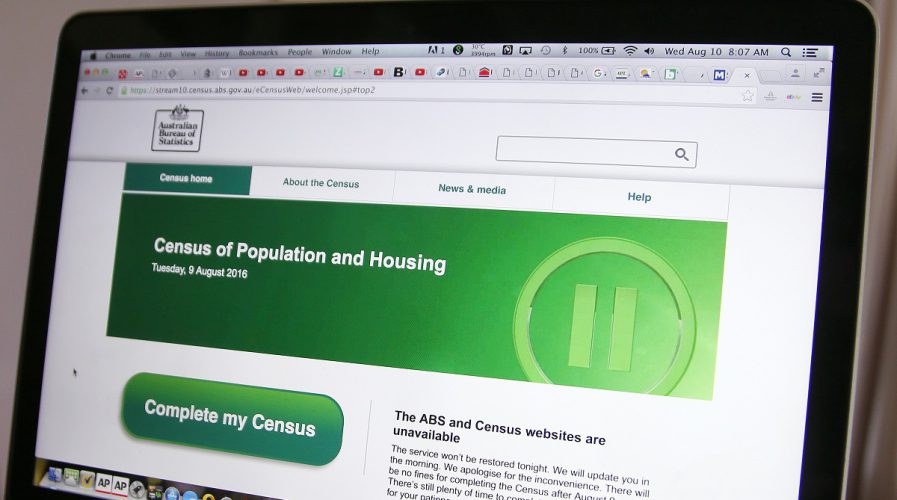 The web page of the Australian Bureau of Statistics census shows that it is unavailable. Pic: AP

AUSTRALIA’S first-ever attempt to carry out a census online was foiled after several cyberattacks were made on the website, an official confirmed on Wednesday.

Chief statistician David Kalisch said that the Australian Bureau of Statistics (ABS) had to shut the site down to protect data on Tuesday night, after they detected four foreign denial of service attacks.

Kalisch, quoted by 9News, told ABC Radio: “It was an attack. It was quite clear it was malicious.”

Prior to the attack, 1.3 million people were able to access the site before it was shut down, after which those who logged in only saw an error message or blank page, reports the news site.

SEE ALSO: Anti-censorship group: China behind cyberattacks on US sites

Officials have assured people that their private data was secure, and stressed that the attack was on the system, not on the data. Doubt and skepticism has surrounded the census, with many people worried their information would not be protected.

Prime Minister Malcolm Turnbull had earlier tweeted that filling in the census was “very easy to do” and said it was important in order to facilitate better government services.

We filled in the @ABSCensus tonight online – v easy to do. And so important for planning better Govt services & investment for the future

Assistant Treasurer Michael McCormack, the minister responsible for the census, is now facing calls for his resignation after the outage, which lasted several hours.

However, in a statement released after the incident, McCormack did not address the calls and instead reassured Australians who were unable to submit their census forms that they would be not fined.

“I am informed by the ABS that a thorough process will be undertaken to ensure all households are counted as part of the Census.”

The census is conducted every five years. This year’s census has been particularly controversial due to a decision to keep the information for four years, instead of 18 months, before destroying it.