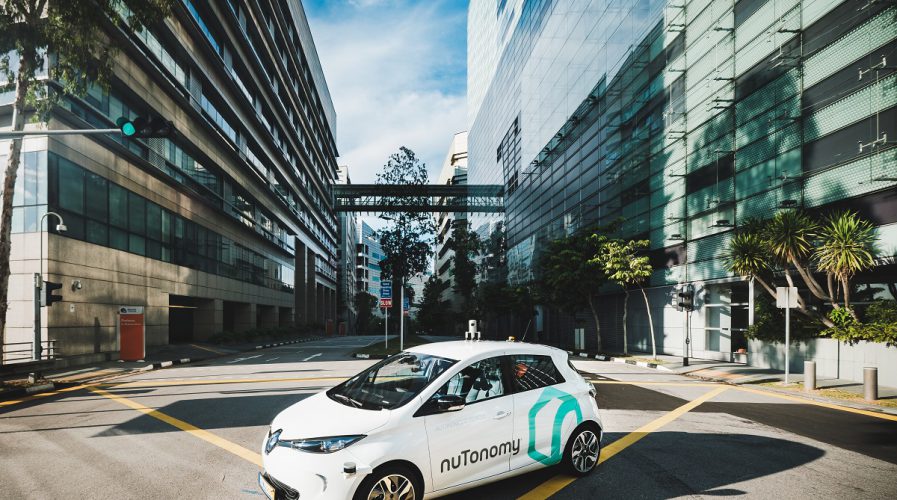 STARTING today, Singaporeans will be able to hail the world’s first driverless taxis with their smartphones – but only within a 2.5 sq mile area and only if they’re going from one designated spot to another.

Although multiple companies have been testing self-driving cars on public roads for several years, nuTonomy – the firm that developed the car – says it will be the first to offer rides to the public.

However, the debut looks like more of a beta test – the taxis will only operate in a 2.5 sq. mile district, dubbed “one-north”, and passengers have to choose specific pick-up and drop-off points, rather than hail from anywhere within the area.

In addition to that, each driverless taxi has a driver (oh, the irony) seated in front who is prepared to take back the wheel in the event something goes awry. A researcher sits at the back to watch the car’s computers, and presumably, make small talk with the passenger.

nuTonomy’s CEO, Karl Iagnemma, is a principal research scientist at the Massachusetts Institute of Technology (MIT). He told Eco-Business that he believes more people living in cities will use the driverless taxis due to the “economic reality” that owning a car is far more expensive.

The company was founded by Iagnemma and Emilio Frazzoli, CTO, as a spin-off from MIT.

In the meantime, ride-hailing giant Uber has also rolled out a fleet of self-driving cars for its own beta test in Pittsburgh.

In early August, the company announced it was acquiring self-driving truck startup Otto, which employs engineers from Google, Apple, and Tesla, all of whom have also attempted to get a foot into the driverless car market.

According to Bloomberg, customers can hail an Uber using the app, and will be randomly matched with a driverless car that includes back-up drivers, much like Singapore’s taxis.