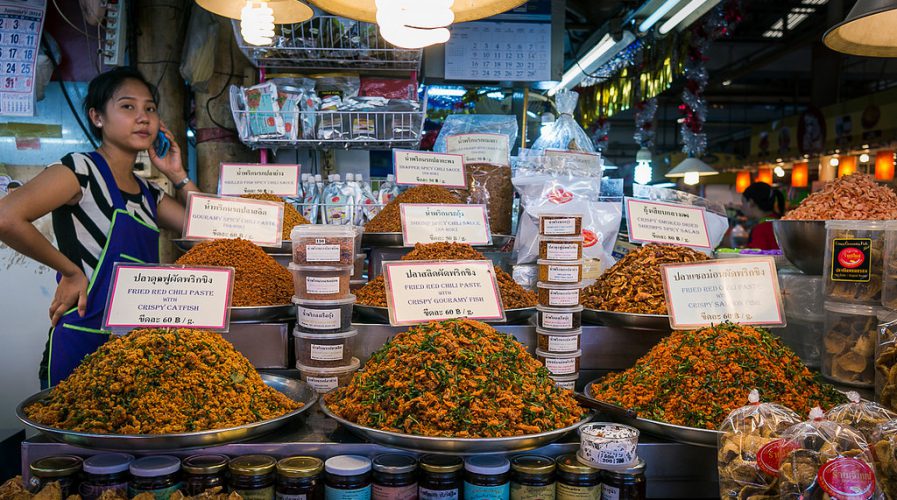 Local businesses in Thailand are being supported by the BDD to expand into foreign markets. Pic: Flickr/killerturnip

Thailand to encourage local franchises to branch out in ASEAN countries

THAILAND’S Business Development Department (BDD) is looking to help local franchises spread their wings beyond the country’s borders with a promotion plan, beginning with countries in ASEAN.

The department plans to promote at least 75 enterprises, including 25 that already received support at the beginning of 2016. Under the overall plan, the BDD hopes to support about 150 enterprises, said deputy director-general Rattana Theanvisitskool.

According to The Nation, the government’s policy to help local companies enter foreign markets will focus on franchises due to their already-existing strategies and business patterns. Theanvisitskool added that the 25 franchises that received support earlier this year have expanded into the Philippines.

SEE ALSO: Thailand poises itself as gateway for startups looking towards Indochina

According to Thailand’s official trade newsletter, the Thailand Horizon, the franchise industry has grown on average 20 percent every year for the past 10 years. The market generated an income of US$7 billion (250 billion baht) in 2015, representing about 9 percent of the country’s total retail business.

Saward Mitaree, president of the Franchise & License Association, told the Horizon that in order to be successful as a franchise, business owners must learn the system thoroughly and “work according to your plan”.

He exemplified Thailand’s prowess in the culinary market. Food and beverage brands account for 45.15 percent of the 505 franchise brands in the country, some of which have expanded into Cambodia, Laos, Myanmar and Vietnam (CLMV).