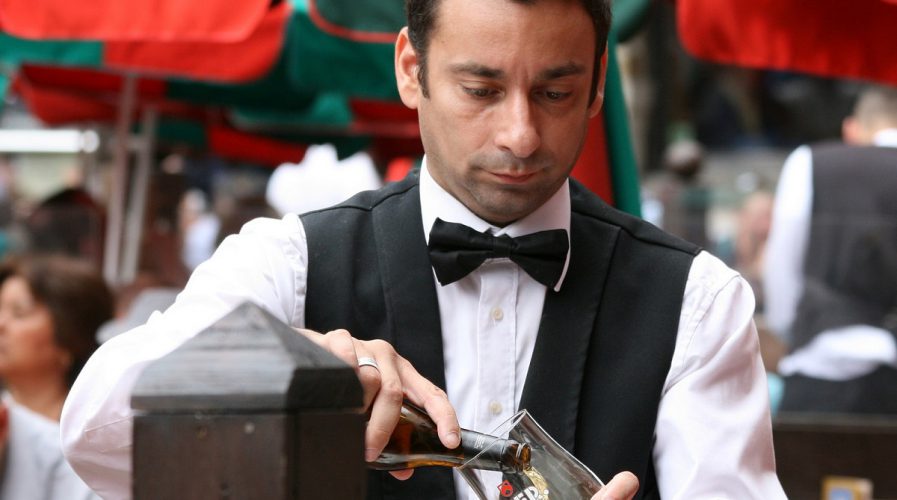 Human waiters could be replaced by robot waiters, but which is better? Pic: Flickr/stekelbes

Waiting on robots: Can a robot server really replace a human one?

The digital era has seen many formerly human-conducted jobs replaced by computers or robots. But while most things have gone digital, usually, you can always count on being served in a restaurant by a real-life human being.

Singaporeans may no longer be able to take this general rule for granted.

In February, Rong Heng Seafood Restaurant started using three robot waiters in a bid to save around a third on its manpower costs.

Upon debuting the robots in his restaurant, Zhang Zhinong told a local Chinese-language newspaper, MyPaper: “Disputes can sometimes arise between waiters and customers. Robots do not need pay rises, bonuses or welfare. They can work 24/7, do not need to take annual or sick leave and will not quit.”

SEE ALSO: WATCH: Kawasaki’s sushi-assembling robot could be your next big kitchen purchase

As well as being reliable work-horses, the robotic waiters also draw customers due to their novelty factor.

Rong Heng Seafood Restaurant is not the only example of robots taking over the service industry.

Henn-na Hotel in Nagasaki, Japan employs robotic receptionists. Guests aboard Royal Caribbean’s latest ships will have robots making their drinks. In December 2015, Nanyang Technological University in Singapore unveiled the most humanlike robot ever created, which will work as a receptionist on campus.

However, it has become evident that robots do have their limitations.

At Rong Heng Seafood Restaurant, although the robots can transport the food from the kitchen to a diner’s table, they can’t actually place the plate of food onto the table. Human hands are needed for this.

They also can’t go back for missing orders, take extra requests or ask someone how their day is going.

According to the Shanghaiist, two restaurants in Shanghai have been forced to close due to issues with their robotic servers.

A human waiter at one of the restaurants told the website that the robotic waiters couldn’t carry soup, or other food steady and kept breaking down.

Robotic waiters maybe able to save a proprietor some money and pull in the crowds – at first – but it seems their appeal is doomed to fade when their limitations outweigh their novelty factor.