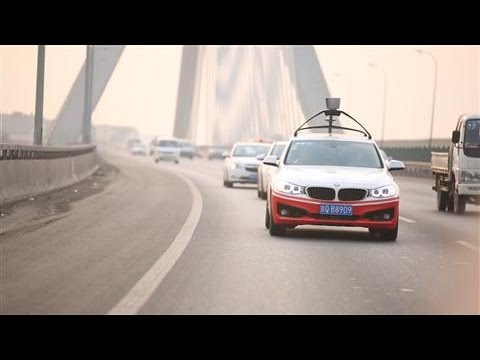 THE latest company to join the self-driving car craze is China’s biggest web services provider, Baidu, who announced today that it has received approval to trial its autonomous vehicles on California’s roads.

The California Department of Motor Vehicles issued Baidu USA an Autonomous Vehicle Testing Permit, which the firm said in a statement it will be utilizing soon. A research team was established specifically for the field of self-driving cars earlier this year, which aims to grow to 100 people in Silicon Valley.

Top coder on the Baidu Autonomous Driving Team, Tiancheng Lou, said he is impressed that Baidu has plans to ship the technology at some point, and is not solely research-oriented – which points towards the commercialization of self-driving cars in the future.

Baidu’s commitment to creating self-driving cars has been aggressive, as they push to compete with countless other web companies such as Google and Apple.

According to TechCrunch, Baidu, together with carmaker American Ford, recently made a US$150 million investment in Velodyne, which supplies key LiDAR parts used in autonomous driving systems.

LiDAR components, or laser sensors, are expensive to make. According to SAE International, the components have the ability to “turn cars into machines keenly aware of their surroundings – with the ability to discern details to the centimeter from 100 meters away”.

Baidu’s chief scientist Andrew Ng told Washington Post in an interview in April that the company’s interest in self-driving technology is driven by the expectation that it will lead to better road safety – even reducing the 1.25 million deaths that take place globally every year.