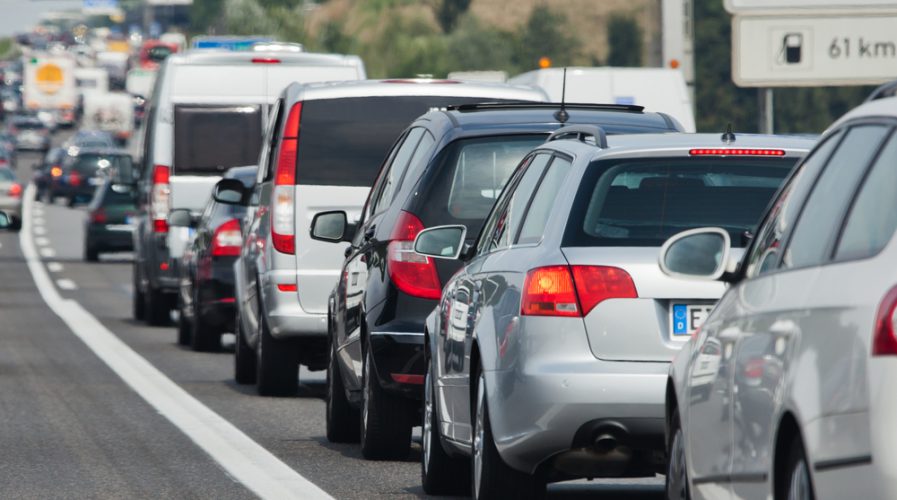 With a population of over 20 million, Beijing citizens face traffic congestion on a regular basis despite the government’s efforts to maintain a smooth traffic flow, such as tolls, car usage limitations, and public transport subsidies.

But top scientists believe that artificial intelligence (AI) could – and in the near future, will – solve this problem.

According to Sixth Tone, on Saturday, scientists said at a lecture at New York University’s Shanghai campus that autonomous vehicles will aide smoother traffic flow in less than a decade.

Fei Yue Wang, director of the State Key Laboratory for Management and Control of Complex Systems, is certain that Beijing will no longer see traffic jams in five years’ time as they begin implementing AI in everyday tasks, including transportation, the article noted.

AI scientists are attempting to design self-driving cars that are able to drive smoothly and avoid sudden slowdowns and collisions that cause traffic congestion.

According to Tsinghua University Professor Li Keqiang, the Ministry of Industry and Information Technology has outlined a plan that allows autonomous vehicles to access highways within three to five years, and city centers by 2025.

With today’s advancements in science and technology, this five-year prediction is certainly not impossible.

“Unlike other countries, China has the capacity to drive the market from the top down and create the right circumstances for self-driving cars,” Russo was quoted saying.

Therefore, the government needs to open more doors for self-driven and human-driven vehicles to operate side-by-side on roads, he said.

Currently, self-driving cars are banned on public roads in China. Automobile players, however, view this restriction as a slowdown for the industry. Tech giants around the world like Google, Baidu and Alibaba, are already tapping into the automobile industry as their next business target.

“The country has too much at stake, it has invested heavily in autonomous technology and urges its automakers and tech companies to develop autonomous cars,” it pointed out.

But after a number of fatal incidents, a ministry official in China recently said drivers could be held liable for accidents with advanced driver-assistance systems, a China Daily report said.

But according to Yu Kai, founder of the Institute of Deep Learning – China’s first AI research and development center – the country’s automobile industry is anticipating the commercialization of autonomous vehicles as Chinese consumers are beginning to expect cars to be connected devices.

Yu also believes that self-driving cars could go on roads within 10 years.

“My focus is creating innovative technology to put in the car, to make the car independently intelligent.

“We are working with car manufacturers on how give their vehicles the ability to plan and make decisions, using a combination of sensors, processors, and algorithms,” Yu said, as quoted by Sixth Tone.