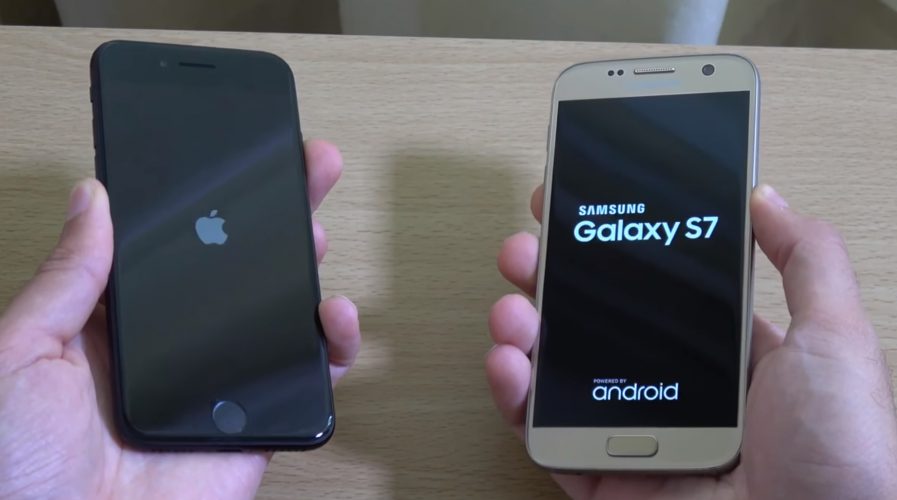 Apple and Samsung are both struggling in the face of Chinese competition but Samsung’s recent troubles has given Apple the edge in the world’s largest smartphone market. Pic via YouTube.

CHINA, the world’s largest smartphone market, has become increasingly challenging for foreign companies to navigate, with the influx of local players such as Huawei, Xiaomi and Oppo producing high quality low-cost products.

In July, Apple reportedly dropped down to fifth place in terms of smartphone shipments in China, selling 10.8 percent of devices in May — which was down from 12 percent in the previous year.

Besides losing market share to local competitors, Apple also struggled in the face of legal and regulatory setbacks and had to shut down a number of its key products.

But despite these issues and overall negative press surrounding its daring decision to kill the headphone jack, China’s adoration for Apple still appears to be alive and well.

According to latest developments following the iPhone 7 launch, Apple fans in China are even willing to pay scalpers up to US$3,000 for the jet black version of the device.

As All China Tech reports, after the first batch of jet black 128GB and 256GB iPhone 7 Plus phones had sold out online (which is for the time being, the only way to buy the phone), demand prompted scalpers to raise prices up to RMB20,000 which is equal to US$2,998.

Meanwhile, while Apple is still able to wield its unwavering powers over fans in China, woes for its arch rival continues.

Samsung, which has already been losing market share to Apple since 2015, recently had to announce a global recall for its latest smartphone release – the Samsung Galaxy Note 7 – due to faulty batteries.

This was exacerbated when the US Federal Aviation Administration warned passengers against stowing their devices into any checked luggage, or turning them on or charging them in-flight.

The final nail in the coffin, as it seems, may be that two Note 7 phones reportedly caught fire in China, according to accounts that appeared on Chinese social media Sunday.

Moving quickly to contain bad press, Samsung launched an immediate investigation and filed a report regarding one of the affected devices, stating that there were no issues with the battery. It has apparently not been able to file a report regarding the second claim as it had issues obtaining the phone.

While Samsung attempts damage control and Apple makes a splash with its new iPhone, the competition for local players continues to heat up as Huawei took the top spot from Xiaomi last month.

We’ll keep an eye on smartphone shipments in the final quarter and report back if there is a new market leader.