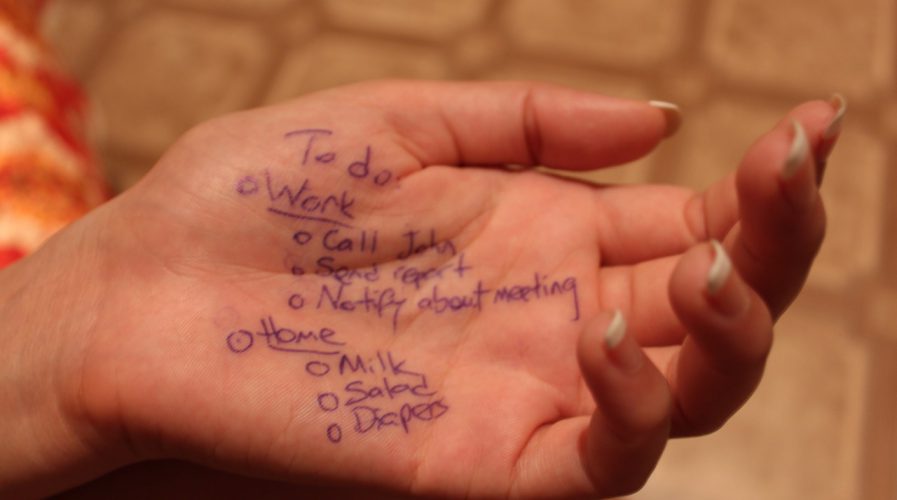 When all else fails, you can always jot down notes on your palm. Pic: Pixabay

Ticked off the list: Top 5 to-do apps for enterprise and personal productivity

ENHANCING enterprise productivity can involve a lot of complicated processes – like cultural adjustments, agile methodologies, collaboration platforms and cloud solutions. Sometimes though, improving productivity is as simple as simplifying task management. When individual contributors can accomplish assigned tasks on time and without fail, the entire organization will benefit from better efficiency and collaboration.

To-do apps are a dime-a-dozen, and not exactly new. Even the PDAs and organizers of the mid-1990s featured task lists that synchronized across devices to some extent. The biggest advantages of modern to-do lists are usability, cross-platform functionality and integration with cloud, office and enterprise solutions.

This means that users are able to easily install these apps onto their devices and use them seamlessly across productivity platforms used at work.

SEE ALSO: These nifty gadgets and apps will help you with jetlag on long-haul flights

We explore five top to-do apps that help you accomplish more while providing robust, accessible and simple user experiences, focusing on those that mainly provide mobile functionality and portability, since productivity tools should be ubiquitous and easily accessible. 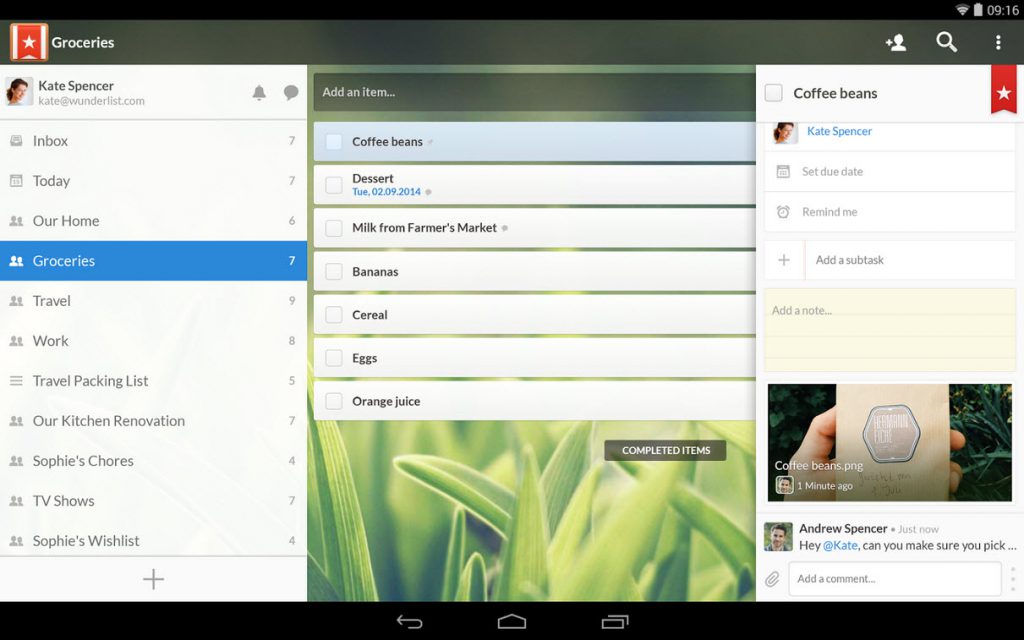 The cloud-based Wunderlist lets users prioritize tasks, organize them according to tags, and collaborate with other Wunderlist users, as well as assign deadlines, – making it an ideal solution for working with teams and organizations. Wunderlist also allows file uploads and integrates with Dropbox for file-sharing, as well as Google Calendar, Microsoft Calendar, and Apple Calendar. It is also supported by Slack for messaging.

Founded in 2011, it received such an impressive following that Microsoft acquired the app in 2015. Wunderlist is available on iOS, Android, Windows Phone and on the Apple Watch, and has desktop versions for Windows and OS X, as well as browser-based functionality.

Wunderlist is a free app, with an option for premium or in-app purchases. The premium version provides more functionality aimed at power users, including sub-tasks and unlimited file sharing. 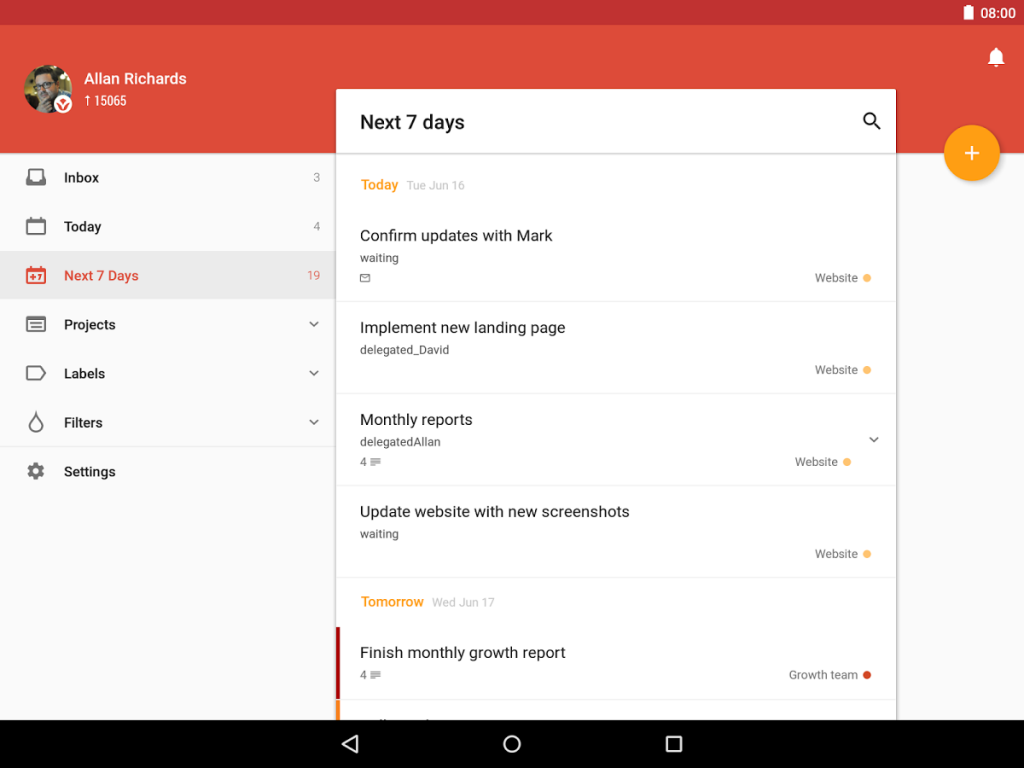 Another app that focuses on simplicity is Todoist which has strong community support and interest. Don’t let the simple tag fool you, though: the app can both act as a simple to-do list as well as provide the functionality of a full-featured project management tool, complete with collaboration features and the ability to organize items according to projects, tasks and sub-tasks.

For individuals, Todoist can be as simple as a straightforward task list or task inbox, however, which makes it easy to be used out-of-the-box. For teams, the app adds a gamified element to accomplishing tasks by giving karma points for finishing projects and to-do items. It also supports integrations with various productivity platforms, including the highly-programmable and customizable IFTTT.

Founded by startup Doist in 2007, the app currently boasts at least two million users. Todoist’s free version offers most of the basic functions, while a subscription will get you access to more advanced integrations, encryption, access to project templates, faster sync across devices and iCalendar task access. It’s available on iOS and Android, with both web- and desktop-based apps. 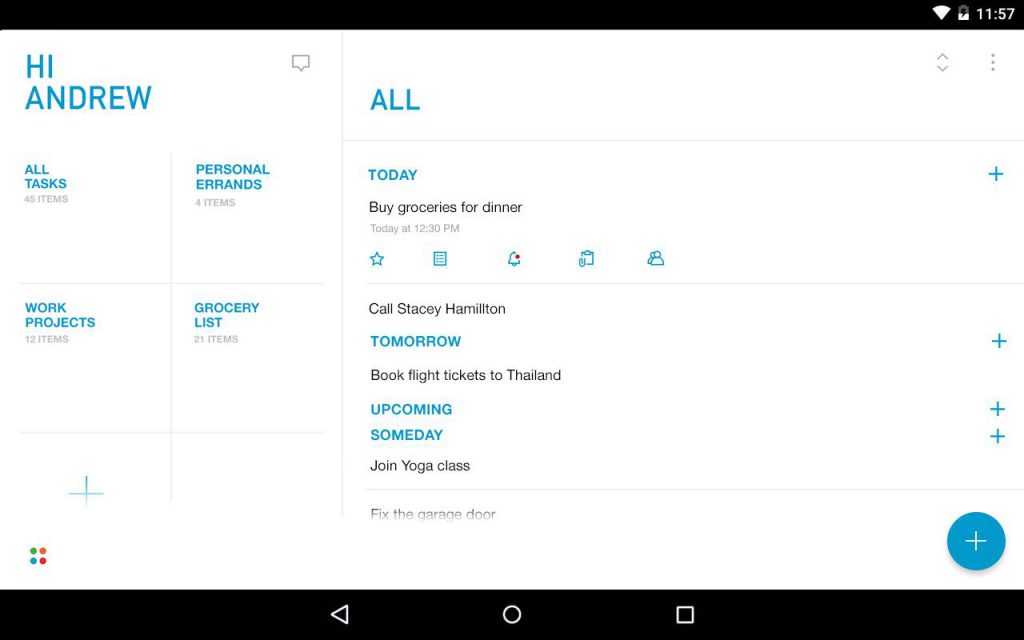 Any.do also features cross-platform and cross-device synchronization, as well as integration with popular productivity, file-sharing and collaboration apps. One well-liked feature within the service is Any.do Moment, which gives you an early morning rundown of the tasks you need to do for today – this aims to help you focus on clearing the most pressing items first thing in the morning.

Any.do comes with iOS and Android apps, and a web app is also available. It’s free to use, but more advanced features like collaboration, location-based alerts and file attachments are only available on the subscription-only premium version. 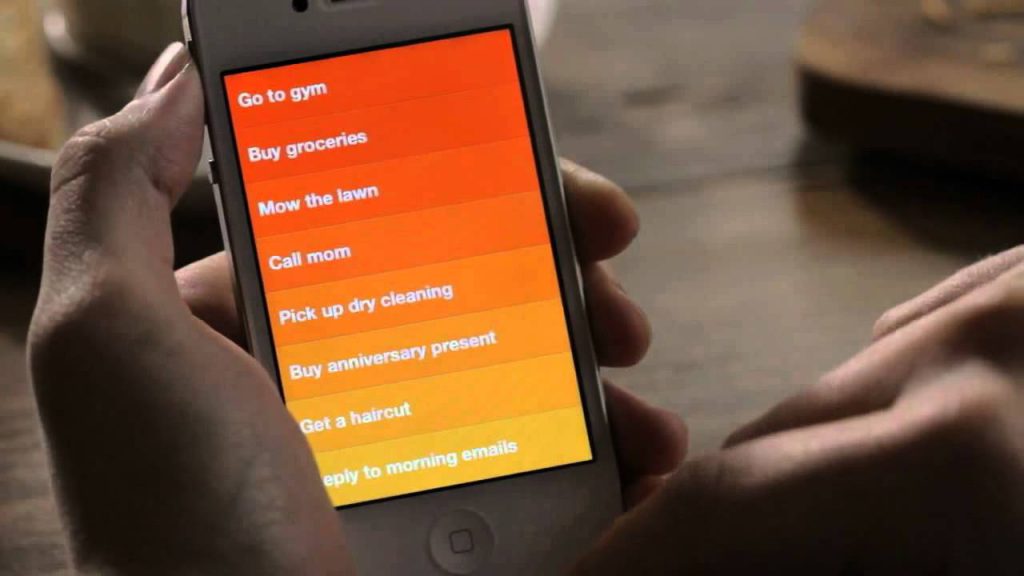 Aesthetically, most task management apps can seem bland – but not Clear. This app takes a more colorful approach to managing task lists on mobile devices by utilizing a gesture-based approach to organizing and manipulating tasks. The app also supports disparate task lists, so users can separate these according to project or type.

Unlike the first three solutions listed, however, Clear is focused mostly on the task list functionality, plus the ability to sync across devices through the cloud. While there are reminders built in, the app is mostly a straightforward to-do app that offers a gesture-based approach to managing tasks–something that is likely to come handy when using an Apple Watch.

Clear is a paid app, although users can purchase additional functionality, such as color or sound packs for added personalization. Also, the app is limited to iOS, which limits availability to iPhone and iPad users.

SEE ALSO: How to overcome the toughest business intelligence challenges 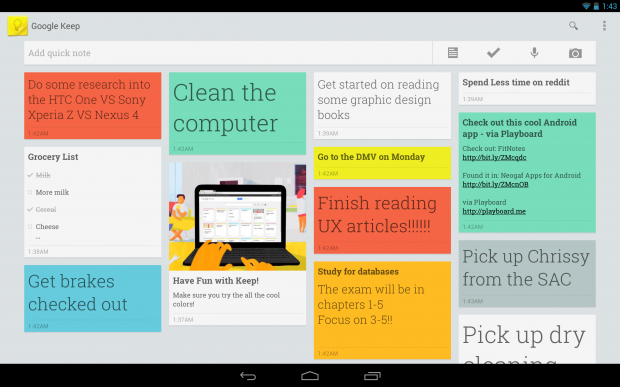 Another app worth mentioning is Google’s Google Keep, which is a cloud-based app. While it’s primarily meant for taking snapshots, clips and notes, Google Keep actually has a reasonably good task-keeping functionality. The tasks view presents all cards (a virtual sticky note) that contain reminders, and you can even get alerts on Android and iOS.

Notes and reminders are synchronized across devices through one’s Google account (either a Gmail or a business/enterprise account), and accessible via a browser. Google Keep also has a dedicated app for Android Wear, and Chrome users also have the option of installing a browser extension.

Notes can be shared with other Gmail or Google for Business users, which provides some rudimentary collaboration on tasks and notes. The tasks and reminders are limited to Keep, however, with no syncing capability, not even with the company’s own Google Tasks app.

The choice of to-do apps can be a highly subjective one, since what’s useful for one person might not be for another. For groups and teams, however, the ability to share a common platform is key in effective collaboration. For personal use, any app that enables quick addition of tasks, project organization, and reminders will be effective in managing what needs to be done.