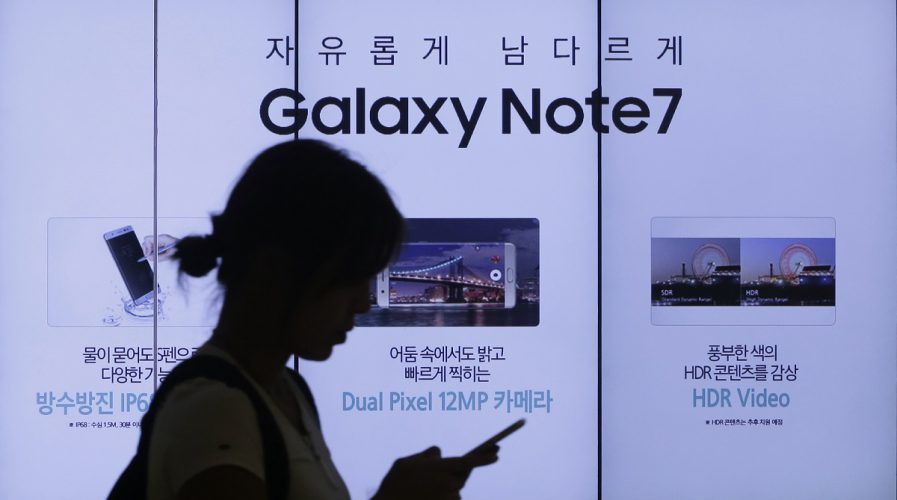 THINGS have been going from bad to worse for South Korean electronics company Samsung – after discontinuing production of the Galaxy Note 7, Samsung is now expecting to take an additional US$3 billion hit over the next two quarters on top of the US$2.3 billion hit it forecasted on Wednesday.

This amounts to a total predicted loss of US$5.3 billion over the death of Samsung’s problematic arson-prone Galaxy Note 7 smartphone. That’s not even the end of the company’s monetary woes. Samsung is offering US$100 credit to customers who trade in their Galaxy Note 7s for “any other Samsung phone” as incentive to stop customers from switching to other smartphone brands.

The US$100 credit is only applicable to customers in the U.S. Samsung originally gave out US$25 to users, but will be adding US$75 on top of that, as well as issuing the latter amount to users who have already traded their devices in.

“As a sign of our appreciation for your patience and loyalty, we are offering up to a US$100 billlion credit from select carrier or retail outlets if you exchange your Galaxy Note 7 for another Samsung smartphone, less any incentive credits already received,” it said in a statement.

The move is fairly drastic, considering how Samsung has consistently tried to reassure stakeholders and the public that despite the Galaxy Note 7’s problems, most of its customers were still choosing other Samsung devices.

Reuters reports that Samsung plans to make up for lost revenue by expanding the sales of its other offerings, such as the popular Galaxy S7 and S7 Edge phones. It also promised to make “significant changes” in its quality assurance processes.

A fund manager at one of Samsung’s shareholders, LS Asset Management, told Reuters that the sales impact for the other devices are “unclear”. Kim Sung-soo was quoted saying: “The end of the premium model will damage Samsung’s brand, and hurt demand for its other models. It is difficult to measure such impact.”