JAPANESE beauty giant Shiseido teamed up with Microsoft to create a Skype filter for employees who work remotely but fret about their appearances whenever the main office calls for a video conference.

According to Quartz, this is called an “appearance barrier” – when an employee is too distracted and worried about the way they look on screen that they aren’t paying attention to the discussion at hand. With telecommuting becoming more popular in Japan, Shiseido made it a priority to address the “appearance barrier” head on.

‘Telebeauty’, an augmented reality app co-created with Microsoft Japan and Skype for Business, gives users a fully made-up face while they’re on video so they appear more polished.

Shiseido spokeswoman Megumi Koyama told the Japan Times newspaper that the technology syncs the “makeup” with the users’ facial movements in real-time, and can distinguish between the background and the users’ face. This helps the virtual makeup stay on one’s face, “unless the face moves wildly”.

That means Microsoft’s face-tracking technology is more sophisticated than that of Snap, which can also project virtual makeup or accessories on a user’s face but tends to lag when it comes to making it all stay put.

Koyama added that the app has a feature that allows the user to blur out their background, which means less rushing around to tidy a room AND put on makeup when a video call is imminent. The app can be used by both men and women, a move by Shiseido to keep criticism at bay.

“We would like men to use it too, because it is often said that faces of people participating in video conferences look darker than they really are, and depending on the angle of the camera, the workers look as if they have bags under their eyes,” Koyama was quoted saying.

“The app is set up so the users’ skin looks brighter. I think it’s a feature that helps anyone look professional.” 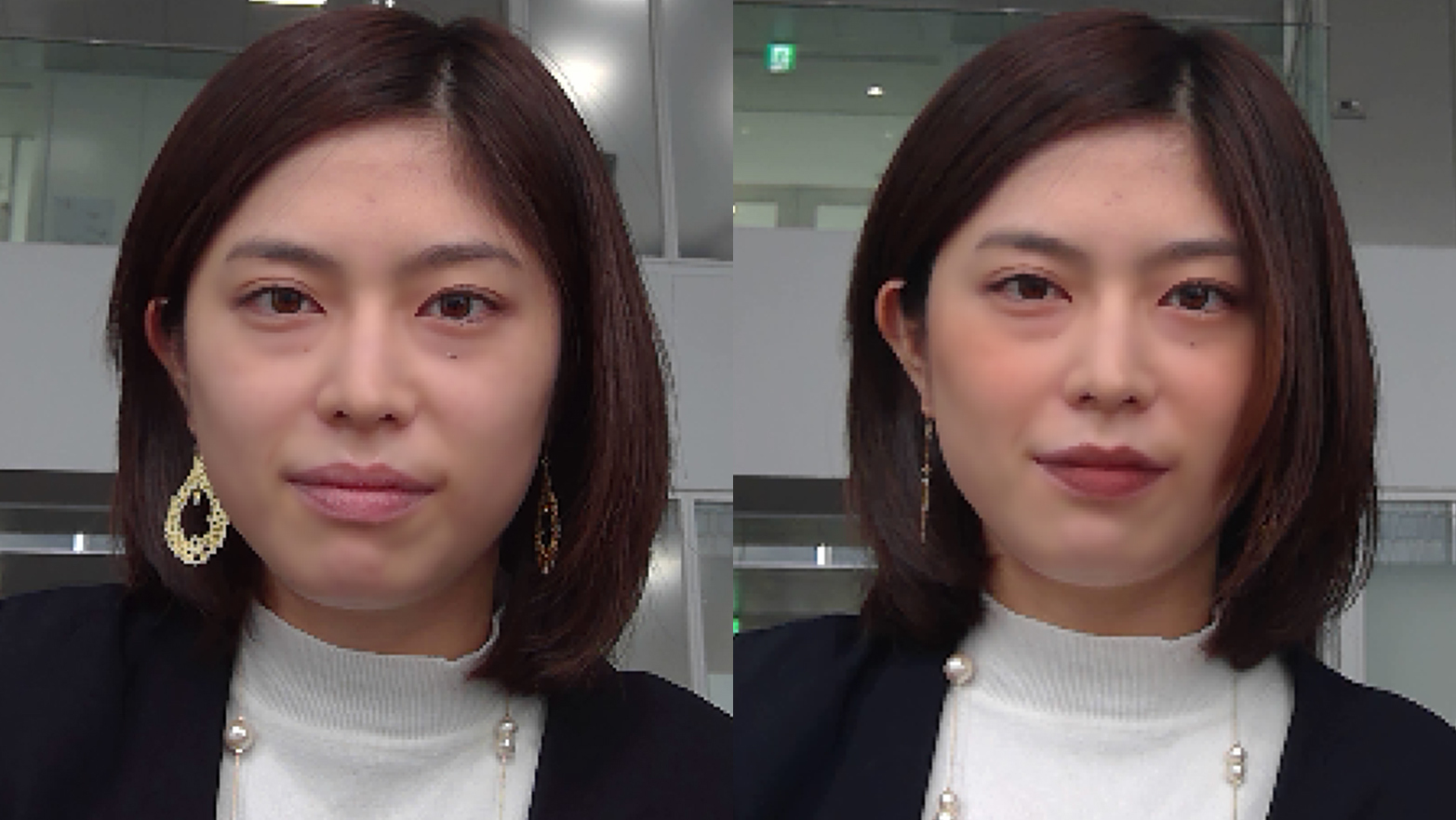 Before and after using ‘Telebeauty’. Pic: Shiseido

However, Quartz pointed out that the beauty company is currently only marketing the app to busy female telecommuters – which perpetuates the inherent bias that women need to be more concerned about their looks in order to do deserve their jobs.

Researchers from the University of Chicago and the University of California found that while it’s true that attractive people tend to earn higher salaries, the key difference between the earning power of men and women lies in grooming.

For men, grooming isn’t nearly as big a factor when it comes to salary differences as it is for women – whose hair, makeup, and clothes are fair game for salary evaluation, the study found.

So while it does indeed solve a pain point for telecommuters, some might find the app’s stereotypical marketing problematic. ‘Telebeauty’ is currently being tested by Microsoft Japan’s female employees, and the company is looking to launch it overseas.