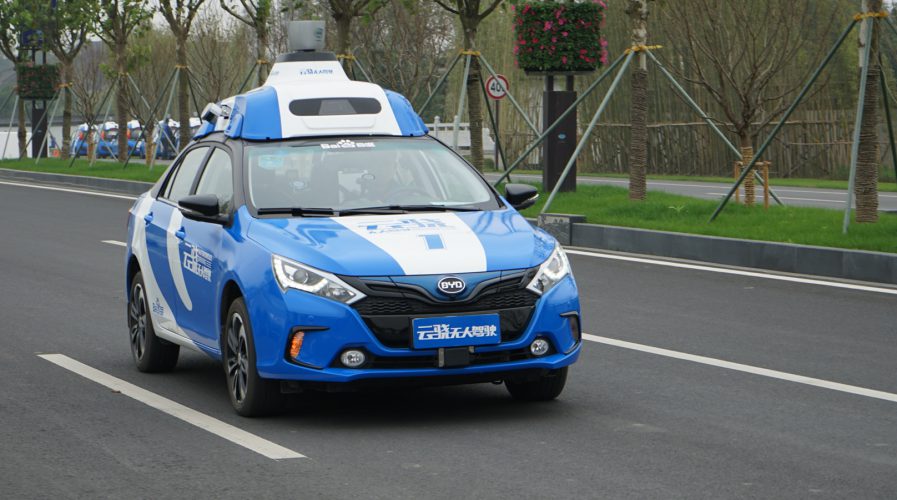 Without preparation before AI further develops, hackers can take control of driverless cars to cause crashes Source: xuzhousoft.com.cn

2016 MIGHT have been a year of catastrophe on many fronts, but it’s also a celebratory one for the transport industry with the introduction of self-driving technology. While MIT startup nuTonomy was the first to put its cars on the roads of Singapore, Uber also followed suite weeks later in Pittsburg.

Internet giant Baidu has also gotten in the game, having received a testing permit for its autonomous vehicles in the state of California, with plans to grow its team in Silicon Valley to 100 people.

It recently co-invested US$150 million with Ford in Velodyne, a supplier of key components for self-driving technology systems. The investment was intended to help lower the price of these parts – in case Baidu would ever have to make them at scale.

Despite getting the thumbs up from the California DMV, Baidu’s will begin public testing in its home market starting with tourist destination Wuzhen, China. The vehicles, which are supplied by local car manufacturers BYD, Chery and BAIC, are “equipped with Velodyne LiDar, video cameras, milimeter wave radar and a computer brain” to process all Baidu in-house data.

The public tests, launched this week, ferried 200 people “across a 3.16km stretch of road” which according to Baidu, has been “mapped with centimetre accuracy”. Baidu’s cars are able to change lanes, negotiate intersections, make U-turns and reach a maximum speed of 60km per hour. There was also a driver on board every car just in case, but any steering wheel operation would be done by the computer only.

As for when Baidu’s first set of production commercial vehicles will actually be road-ready, its aiming for 2018 – with full product rollout and mass production completed by a 2021 target.

Considering that the company only started its self-driving side of the business a year back, its progress seems to be impressive but TechCrunch points out that it stealthily joined the autonomous vehicle development game early on as it already announced successful test results in December 2015.

With nuTonomy and Uber also running self-driving tests in the U.S. and Southeast Asia, the race to putting commercial autonomous vehicles on the road is still anybody’s game.