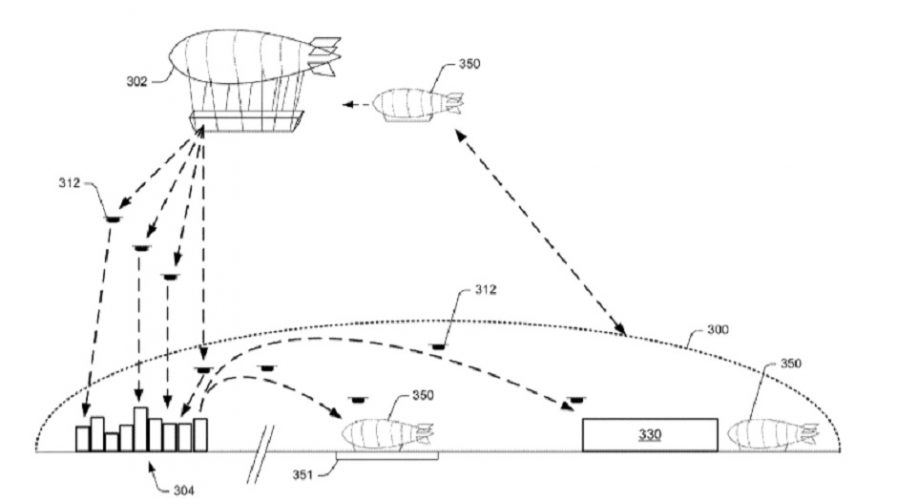 A drawing of Amazon’s airborne warehouse plans. Source: US Patent and Trademark Office.

Amazon gets patent to set up flying warehouses for drone deliveries

AMAZON.com Inc has filed for a patent to use airships to store products and serve as a base for delivery-drones.

The patent application was filed two years ago but was spotted only on Wednesday by Zoe Leavitt, an analyst at technology data and research firm CB Insights.

The AFCs would hover at about 45,000 feet (13,700 meters) and be restocked and resupplied by “shuttles or smaller airships.”

Amazon, which was not immediately available for comment, has laid out plans to start using drones for deliveries next year. – Reuters