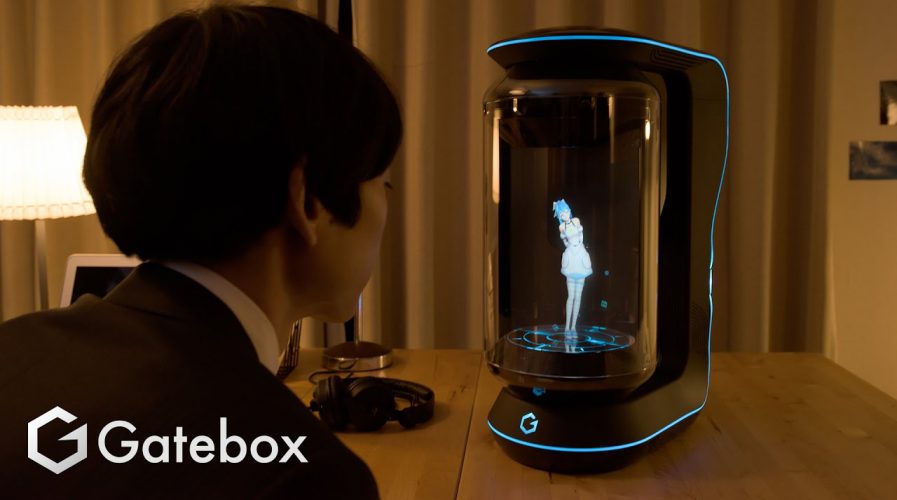 A NEW smart home toy is on the market to rival Amazon’s Alexa and Google Home, hailing from Tokyo and will be gracing homes in the form of a perky anime character that can greet you, text you, and can’t wait for your return.

The device is called Gatebox, developed by Japanese company Vinclun – which describes itself as “a company that makes crazy things and supports crazy people”. Gatebox uses hologram projection and artificial intelligence technology to bring users an interactive ‘partner’, as you will, to accompany them in everyday tasks.

The anime character that speaks in the Gatebox device is a sweet-looking girl called Azuma Hikari. Vinclun says the device gives users the experience of “living with your favorite character” – some people have dubbed her a ‘waifu‘, which is slang for fictional characters that someone considers their significant other.

According to ARS Technica, Gatebox, which is currently out for pre-order at 321,840 yen (about US$2,700), is targeting “young lonely salarymen” as well as those obsessed with anime and manga characters, which enjoy phenomenal popularity globally.

Gatebox can interact with its owner by responding to voice commands, texting, and can control smart home appliances connected to it like lights and indoor heating – although it’s not mentioned specifically, we imagine it would also be able to control smart vacuums, fridges, coffee machines, and the like.

The cutesy device has received some mixed responses, with some who can’t wait to get their hands on it, and others thinking it’s “creepy”:

how do I get a GateBox for my home….

GENUINELY concerned/terrified that I am this program. These are all my text messages. And I live in a glass tube.https://t.co/lb17oeMg9j

Some netizens are even calling Gatebox a replacement for a real-life girlfriend – which does not bode well for Japan’s already-low birth rate and rising ‘hikikomori‘ problem. ‘Hikikomori‘ refers to the estimated 541,000 young people who do not leave their homes or interact with others due to a dependence on the Internet and underlying factors like depression or anxiety.

According to a CNN report, the number of men who hole themselves up at home is higher than women due to higher expectations placed on men. The term ‘hikikomori‘ was coined by the Japanese Health, Labor, and Welfare Ministry as early as the 1980s.

In a way, Gatebox normalizes Japan’s social isolation problem and re-presents it in a cutesy virtual reality package. But the impact such a device may have on an already insular society could force the Japanese government to address the issue and tackle it head-on.