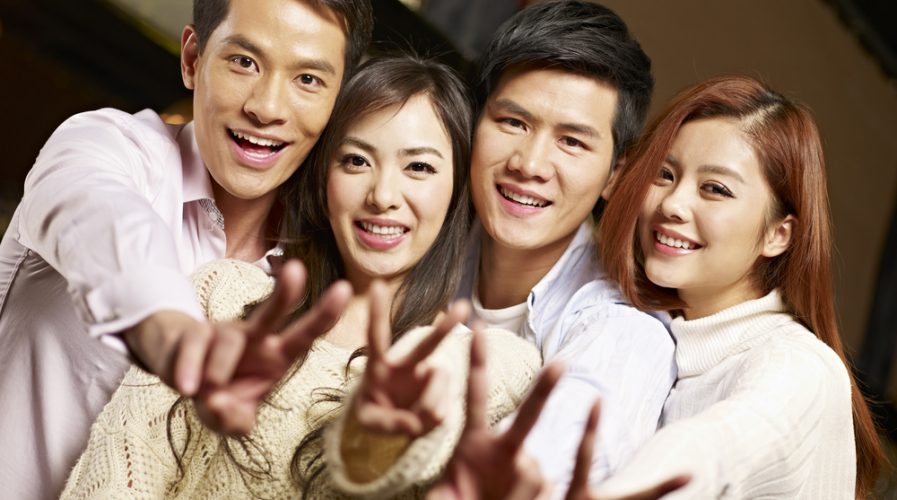 Holding up the ‘V’ sign for a photo is a common pose. Pic: imtmphoto/Shutterstock

JAPANESE researchers say they have successfully copied fingerprint data from a digital picture of a person flashing a two-fingered “V” or peace sign, raising questions about the potential theft of such information.

“One can use it to assume another identity, such as accessing a smartphone or breaking and entering into a restricted area such as an apartment,” Isao Echizen, a professor at Japan’s National Institute of Informatics, told Reuters Television.

Flashing a two-finger peace sign is very common among Japanese when posing for a photo.

When your fingerprint data can be derived from a photo of your fingertips. Time to scrub all photos! #cybersecurity https://t.co/nLkAgGbLrF

Echizen and fellow researcher Tateo Ogane reproduced an experiment on Friday in which they extracted Echizen’s fingerprints from a digital photograph taken at a distance of 3 m (9.8 ft).

The high-resolution photograph was taken with a 135-mm lens mounted on a digital SLR camera.

Why you should never make a #peace sign in front of a camera | #fingerprint #data #theft #Japan #NII #paranoia | https://t.co/yIJ4fRDqV5 pic.twitter.com/x3ghmfCD0s

NTT Docomo, Japan’s biggest mobile carrier, said it had not received any reports of misuse of fingerprint data on customers’ devices.

“Fingerprint authentication is used for many purposes, including smartphones, and each manufacturer decides how the authentication process is maintained,” said spokesman Yasutaka Imai. “We’ll continue to monitor the situation carefully”. – Reuters