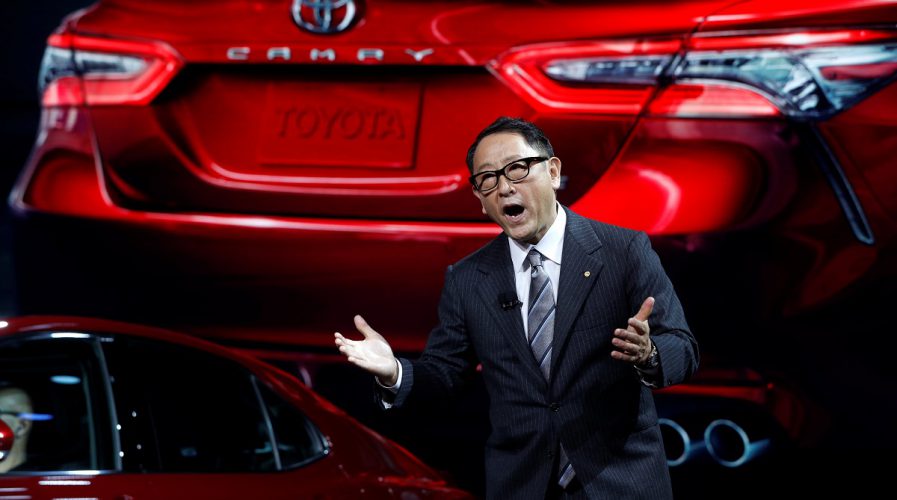 Toyota president ‘thankful’ for Mike Pence, praises him for ‘understanding’

U.S. PRESIDENT Donald Trump’s vice president, Mike Pence, has a big fan – Toyota Motor’s own president, Akio Toyoda, told a press conference after the launch of a new vehicle model in Central Japan that he is “thankful and encouraged” by Pence’s appointment.

According to the Nikkei Asian Review, Toyoda was quoted as saying that Pence “understands what we do and listens to us”. Additionally, the new vice president of the U.S. has a strong grasp of how “loved” Toyota is in the region it operates in, said Toyoda.

Toyota operates one of its 10 U.S. factories in Indiana, where Pence was a former governor. The Nikkei reports that Toyoda arranged a meeting with VPOTUS before his inauguration on January 20.

The meeting took place just a day after the automaker announced its decision to invest US$10 billion in the U.S. over the next five years, the same amount it invested in the previous five years. The announcement followed a tweet by President Trump threatening to punish the Japanese automaker with “big border tax” if they chose to move production of its Corolla to Mexico from Canada.

Toyota declined to comment on the meeting’s contents, but the company’s North America Chief Executive Jim Lentz told Reuters that Toyota needs to be run “as a global business” and his job is to make sure it stays competitive.

In early January, Lentz also added that a “border adjustability tax” as proposed by Trump could push up car prices and in turn hurt employment rather than boost it.

Toyoda appears to be seeking a collaborative middle ground, and was quoted today saying: “A car maker of an administration alone cannot make the region happy. We both need to cooperate in the areas in which we are good at.”