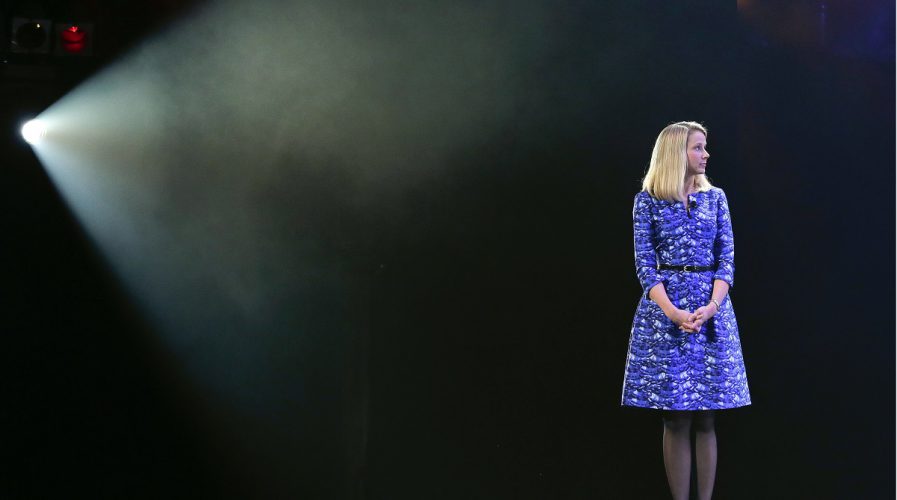 We’ve been covering Yahoo’s ill-fated saga for the past while, its troubled news reports running the gamut of a massive hacking scandal and potential buyer Verizon haggling for a billion dollar discount.

This week, Yahoo’s controversial CEO Marissa Mayer – who has tried everything in her power to make Yahoo relevant again – will step down from the board if the Verizon deal goes through. Co-founder David Filo will also resign alongside Mayer. Since the massive data breach that has compromised hundreds of millions of user data, Verizon has been extremely cautious in its due diligence.

In its SEC filing, Yahoo’s statement revealed its plans for the future – its identity as a web portal and search engine will be no more. “In light of the fact that following the Closing the Company will operate as an investment company under the Investment Company Act of 1940, the Board has determined that immediately following the Closing, the size of the Board will be reduced to five (5) directors.”

The statement also shows that Filo and Mayer’s exit is of a voluntary and amicable nature: “Each of David Filo…Marissa Mayer…has indicated that he or she intends to resign from the Board effective upon the Closing, and that his or her intention to resign is not due to any disagreement with the Company on any matter relating to the Company’s operations, policies or practices.”

The acquisition by Verizon will be worth US$4.8 billion, and besides having Mayer and Filo to leave the group, it will also come with a very odd company name change – Altaba. The purpose of the new name is to reflect Yahoo’s evolution into a holding company for its investments into Yahoo Japan and Alibaba, deals that are worth over US$40 billion.

Yahoo to be rename Altaba after Verizon merger… Already someone needs to be fired.

The clunky new name, according to Quartz, panders to Alibaba more than you think as it is a portmanteau of ‘alternative’ and ‘Alibaba’ and seems to epitomize Yahoo’s very slow fall from grace. Since Mayer, a former Google exec, joined Yahoo in 2012 – the tech industry was abuzz of how the flailing Internet company might be able to refresh itself in the digital age.

Despite all her efforts, primarily going on startup shopping sprees, Yahoo never managed to make its comeback and the company’s name change and Mayer’s exit will mark the end of a 20-year-old Internet company that could not save itself.