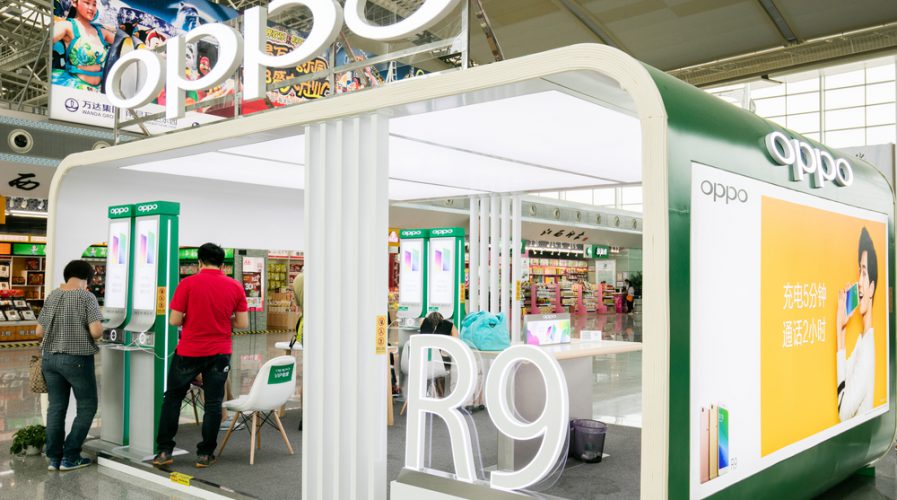 Oppo reaches highest smartphone sales in China, ahead of Vivo and Huawei

WHILE it hasn’t become a household name the way that its rivals have, Oppo is most definitely the one to watch.

The Chinese smartphone maker reportedly raked in the most smartphone sales in China for the very first time in 2016, ahead of local players Vivo and Huawei. All the while, growth for its big name competitors Apple and Xiaomi have slowed down considerably, as they recently posted annual shipment declines.

According to a recent IDC report, Oppo’s annual sales in China have skyrocketed 122 percent year-on-year to 78.4 million, with Huawei in second place with 76.6 million shipments. Vivo sits in third with 69.2 million while Apple and Xiaomi are bringing in 44.9 million and 41.5 million respectively.

As Oppo and Vivo share the same parent company, Guangzhou-based BKK Electronics, the two smartphone makers combined take almost a third of the Chinese smartphone market — which is considered the world’s largest.

How did Oppo get to the top? TechCrunch points out that besides developing attractive, low-cost smartphones fronting the latest technology, the company’s growth strategy includes “aggressive” ad campaigns and offline sales tactics similar to the ones that Samsung uses.

While Oppo wins China’s smartphone market for the time being, sales have slowed in the world’s most populous market for Apple and Xiaomi — although the two companies have switched gears towards winning over users in India.

Where Xiaomi lost out on 38.4 percent in smartphone shipments in China, it sold over a million handsets within 18 days in India. After setting up a manufacturing unit in August 2015, Xiaomi has risen to become the third-largest smartphone vendor in India as well as one of the country’s most popular online brands.

Apple is also looking to follow in Xiaomi’s footsteps, as it has just announced that it will begin making its iPhones in India by the end of April. Besides having access to tax breaks, setting up shop in India will serve as a prelude to Apple opening a retail store in the country.

Samsung, which didn’t make the top five in the IDC smartphone sales report on China, is currently the market leader in India — but now that two of its arch rivals have entered the ring, all bets are off.