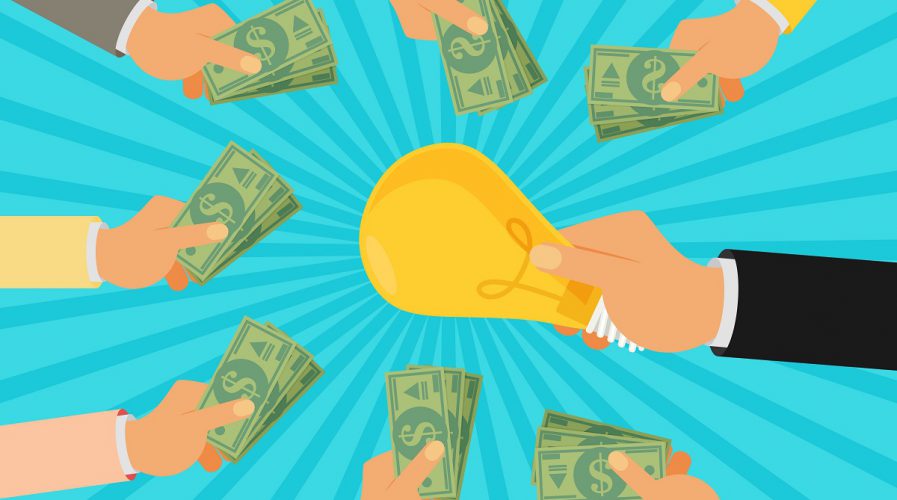 Many startups rely on venture capital to kick off their businesses. Pic: Mix3r/Shutterstock

How startups in Asia can get through the venture capital winter

VENTURE capital (VC) is drying up in this side of the globe, particularly in emerging markets like India and Southeast Asia. It’s not that money is scarce. It’s because investors are realigning their strategies toward more profitable ventures, in the aim of ensuring longer-term sustainability.

In late 2016, ValuePenguin’s Duckju Kang ran an article outlining how VC firms around the globe are shifting their resources away from startup ecosystems – this is particularly true in emerging markets, plus growth centers like China. For instance, global venture capital peaked at US$39.6 billion in the fourth quarter of 2015, but rapidly started sliding in 2016.

India was hit particularly hard, with VC funding falling 70 percent from the fourth quarter of 2015 to first quarter of 2016 – a significant drop, compared with the 30 percent decline in the US and 40 percent decline globally. In fact, around 800 startups were estimated to have run out of money, with most scuttling their business as cash dried up.

End of the Unicorn era?

During periods of market uncertainty or volatility, investors’ instinct would be to shift their investment toward less-risky endeavors. Startups, in this regard, are often considered as high-return, but high-risk investments, given the high rate of failure in these fledgling businesses. Thus, while hitting a goldmine in a particularly profitable startup that suddenly gains traction – think Google, Facebook or Snapchat – not all such businesses are destined to succeed.

In fact, analysts have been predicting the end of the so-called Unicorn era, in which “unicorns” are companies valued at billions of dollars, with the significant backing of institutional investors. The focus has not shifted toward the “cockroach” model – signifying hardiness and resiliency.

“A cockroach startup is the one which keeps struggling, going forward in spite of changing environments, market conditions and investment scenarios, just like a cockroach,” writes Garima Juneja on Indian startup publication YourStory. “They are the ones which are capable enough of knowing where they should spend money and where they shouldn’t.”

Case in point: Indian e-commerce startup Ola raised US$500 million in September 2016 at a valuation of US$5 billion. In November, the Unicorn startup tried to raise more cash at a valuation of US$3 billion – this meant a sudden decline in value by 40 percent. Clearly, something is going on. Even billion-dollar startups are experiencing significant cash burn, whilst not giving back value to investors and stakeholders.

VCs have thrown money at startups in what can be characterized as FOMO or ‘fear of missing out’. In the quest to strike it rich one day, investors have placed their bets on high-growth startups, which focus on customer acquisition through growth hacking and other high-velocity methodologies. However, today investors are realigning their strategies toward providing resources to businesses with more sound fundamentals. Instead of just looking for rapid growth and expansive user bases, venture funds have shifted their priorities toward startups that are seen to have long-term sustainability.

With this in mind, the key trend today is ensuring a sustainable business model with a clear view of profitability. No longer is it enough to just grow a user base, but startups will need to be focused on real results. In his ValuePenguin post, Kang writes that “pockets could tighten & lead to a less vibrant funding environment in SE Asia.” However, entrepreneurs need not worry if they know how to focus on sustainable business.

Be innovative: The so-called copy-and-paste startup culture is now passe. While it has been a trend in India for entrepreneurs to simply copy western concepts and apply these to the local context, the time has come for entrepreneurs to truly innovate in their home markets. In an opinion piece published on LinkedIn, Seedfund founder Mahesh Murthy writes that the age of copy-paste startups is now over in India. “Let’s go past this sad era of copy-paste and into a world of funding, backing and growing originals.”

Address a real and pressing need. Who needs the next Snapchat, after all? True, many apps provide an avenue for growth, gaining users by the hundreds of millions. But are these addressing real pain points in their respective markets, or are these startups and apps just a passing fad, ready to go the way of Pokemon GO when the next big thing comes?

How about launching a fintech app that helps under-banked individuals gain access to financial services, instead? Or how about using machine learning to help improve insurance coverage for those who cannot afford expensive hospitalization, for instance?

Build a future-proof product. Sure, things like fintech, e-commerce platforms and augmented reality are hot today. But any startup would soon go the way of Yahoo after decades of being in the limelight. Startups need to learn to evolve and adopt with the times.

Start with profitability in mind from day one. Silicon Valley investor Chamath Palihapitiya says that not all business can turn a profit at day one, but it should be the target to be sustainable at the soonest. “As you start the company, you start spending spending spending ahead of revenue. But then you come out of it and very quickly you should become a company that spends less than it makes. And what I mean by very quickly, is that window of time should be in that 6 to 8 year time frame, 5 to 8 years.”

The startup ecosystem is drastically changing, and entrepreneurs will need to likewise shift focus toward better sustainability. It’s no longer a game of building the biggest platform with the most users and hoping to find profitability later on. Now, investors want something more solid to hold on to.