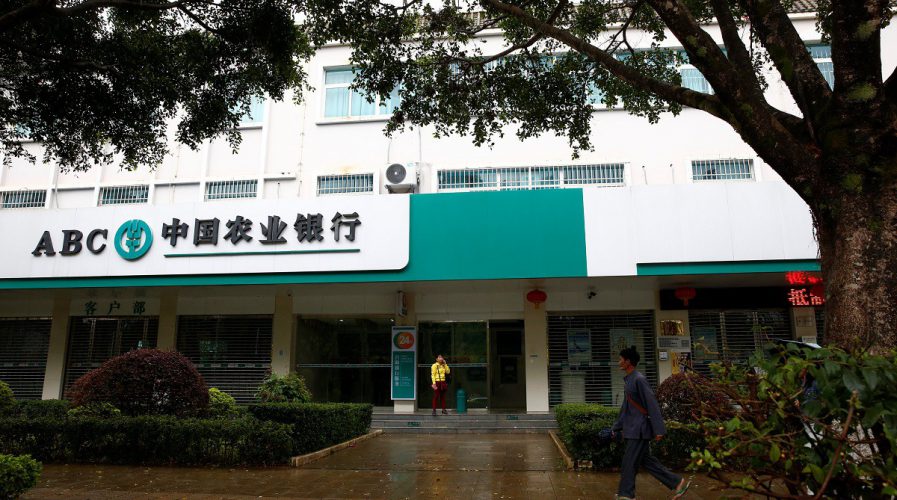 A man walks past an AgBank branch in the town of Nansan, Yunnan province, China. Source: Reuters

ONE of China’s biggest state-owned lenders has suspended an account used to fund ethnic rebels fighting government troops in Burma (Myanmar), halting an arrangement which could have stoked diplomatic tensions between Beijing and Burma.

The Myanmar National Democratic Alliance Army (MNDAA), which clashed with government forces this month, said Agricultural Bank Of China (AgBank) was no longer accepting funds into an account it used to receive donations from supporters.

Reuters was unable to confirm what prompted AgBank’s move. It came after Reuters sent AgBank a list of questions regarding the transactions, which compliance experts said could point to a weakness in controls aimed at stopping the global financial system being used to fund terrorism or facilitate crime.

AgBank declined to comment on Reuters’ specific questions about the MNDAA account, citing client confidentiality. It said in a statement it paid high attention to anti-money laundering and counter-terrorist financing work, and “diligently obeyed relevant laws, regulations and regulatory requirements”.

There is no evidence AgBank, or other financial entities that handled transactions for the MNDAA, have broken Chinese law.

The MNDAA is not designated as a terrorist organization by any government or transnational body. 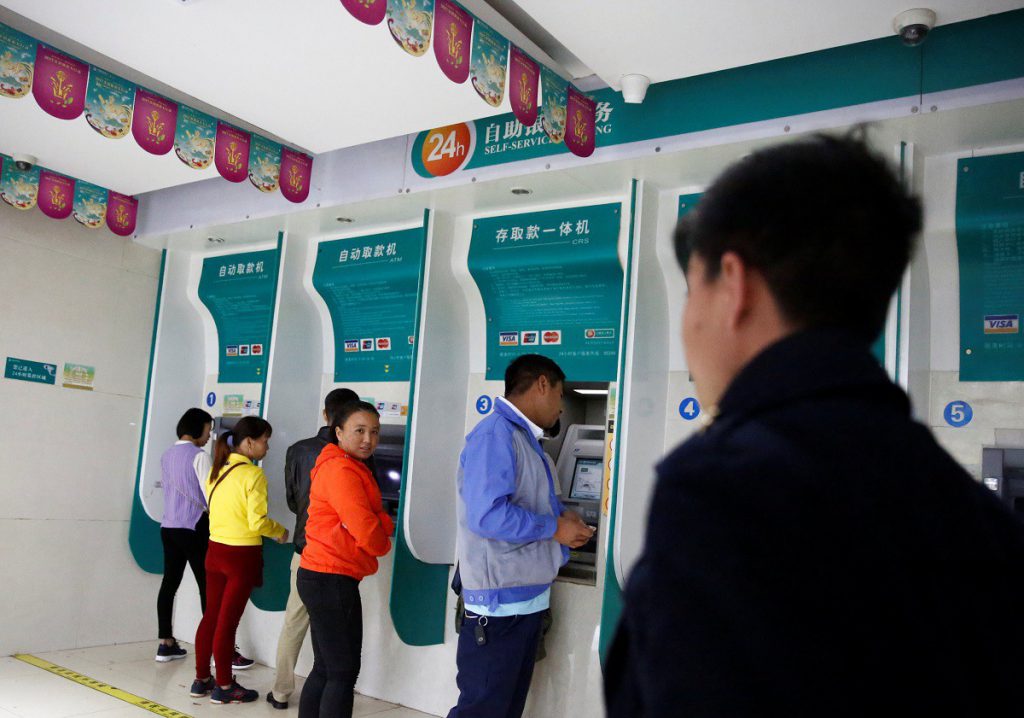 The MNDAA has refused to disarm or play an active part in Burma’s peace process, and defence analysts say it continues to acquire weapons.

Its leader, Peng Jiasheng, has been identified as a major drugs trafficker by the US Drug Enforcement Agency, according to US diplomatic cables, dated 2009, released by Wikileaks.

Yan Zhen Kun, an MNDAA representative who oversees donations for the group, said he was informed by AgBank of the account shutdown during the weekend.

“We were told by the bank we need to finalize some procedures,” he told Reuters. “It did not tell us how long this might take.”

The MNDAA attacked troops in northeastern Burma this month, sending more than 20,000 people fleeing across the border to China. It said it was responding to “continued military pressure” from the army.

Burma says it accepts Beijing’s assurances it is not supporting the MNDAA.

Director-general at Burmese leader Aung San Suu Kyi’s office Zaw Htay said Burma was “fully convinced” by assurances from China’s leadership it was not backing ethnic armed groups on the border. Still, Burma had complained to Beijing about low-level Chinese officials it believed were helping the rebels for their own gain, he said.

Records on the MNDAA website show it collected more than half a million dollars over nearly two years after making a “crowdfunding” appeal for donations.

Donors either deposited the money directly in an AgBank account or sent it via two mobile payment services – Tencent Holdings’ WeChat Pay and Alipay, part of Ant Financial, which is affiliated with US-listed Chinese e-commerce giant Alibaba. 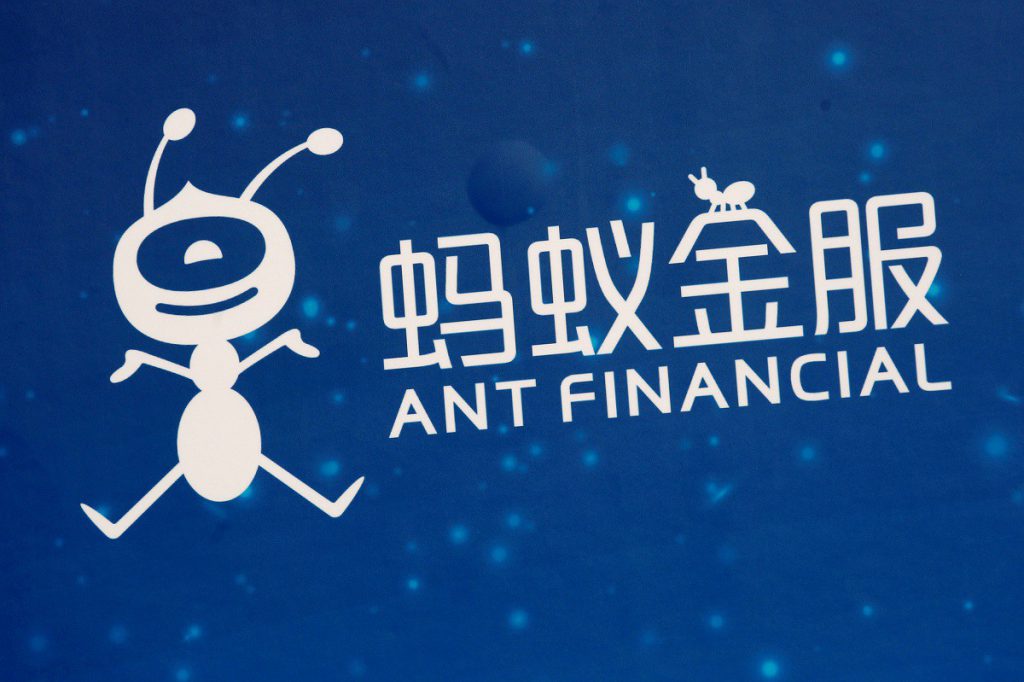 Ant Financial declined to comment specifically on Reuters’ questions about the MNDAA’s use of its Alipay platform, but said it was investing a lot in risk management.

“There are a lot of bad actors out there who try to take advantage of these accounts so we’ve built a pretty good system at detecting those early and then enabling ourselves and our partners to stop transactions,” head of Ant’s international strategy Douglas Feagin said.

Tencent did not respond to Reuters’ emailed requests for comment.

Some compliance experts believe the deposits ought to be enough to raise red flags within financial institutions that follow global counter-terrorist financing and anti-money laundering guidelines.

Financial contacts with an organization linked to drug trafficking or the arms trade pose a regulatory and reputational risk to firms even if they have not themselves done anything illegal, experts say.

“If I handed this case to an internal committee there is absolutely no way they would do anything other than shut the account down immediately,” said an anti-money laundering officer at a global bank.

Banks and financial firms in China, as elsewhere, are required by “know-your-customer” rules to check the identity of people or companies using their systems.

This @YimouLee graphic shows how MNDAA gathered over $500,000 for fighting through #AgBank, #WeChat Pay, #AliPay pic.twitter.com/tQE3fFFvmJ

Compliance experts said global financial firms typically used a number of automated tools to screen for individuals or groups that may even loosely be linked in media coverage or other publicly available information to potential criminal activity, and would view any such connections as a reputational risk.

Some bankers in China said it was very difficult to police cash flowing through their system, given the network was less mature than in the West and criminal and armed groups were increasingly sophisticated.

They said the sheer volume of transactions on mobile platforms made it impossible to monitor them all, so smaller payments were effectively invisible to banks and regulators.

Insurgents openly raising tens of thousands of dollars from mainland supporters through Chinese platforms risks straining China’s relations with Suu Kyi, who has made ending decades of ethnic war her top priority, according to people who have studied Burma’s border conflicts.

Beijing says it follows a policy of non-interference in domestic affairs of other countries.

But some analysts such as Yangon-based Richard Horsey, a former United Nations diplomat in Myanmar, have long suggested China uses ethnically Chinese insurgent groups such as the MNDAA as a means of leverage over the government in Myanmar.

In 2015, after another bout of fighting between the MNDAA and government forces, a Burmese official accused China of meddling in the peace process, which Beijing denied. An MNDAA spokesman did not respond to requests for comment.

“Allowing the MNDAA to fundraise in such an open manner within China will inevitably damage relations with Burma,” Horsey said.

The MNDAA says it is fighting for the rights of the Chinese-speaking ethnic Kokang people.

For a couple of years, MNDAA has been openly soliciting donations in China to support its attacks in Kokang. https://t.co/qXwNGW7kou

China’s Foreign Affairs Ministry did not respond to Reuters’ emailed request for comment. Beijing called for a ceasefire earlier this month after 30 people were killed in clashes between the MNDAA and troops in the Kokang region.

MNDAA has gathered money online since 2015, according to records on its website. It made a crowdfunding plea in mid-January, as it was being increasingly outflanked by the Burmese military in the hills straddling the border.

The plea was ostensibly for money to support refugees from the conflict, but Li Jian Hua, listed on the website as the holder of MNDAA’s account with AgBank, told Reuters it was used to sponsor the group’s offensive.

“The money is not meant for refugees. It’s used to support MNDAA,” Li said.

Since April 2015 – when the blog started publishing disclosures of donations – it has gathered US$531,853. – Reuters