Li (fourth from left) meets Netanyahu (third from right) at the Great Hall of the People on March 20, 2017 in Beijing, China. Source: Reuters.

CHINA’S economy may be 35 times larger than Israel’s, but Prime Minister Benjamin Netanyahu is hoping to use that to advantage during a three-day visit to Beijing as he looks to reorient Israel’s economy toward Asia over Europe and the United States.

Photos: Prime Minister Netanyahu and his wife Sara are welcomed in the Great Hall of the People by Chinese Prime Minister Li Keqiang. pic.twitter.com/V8gvAmwIXt

More than 100 technology executives have joined Netanyahu on the visit, with meetings planned with Chinese business leaders.

Bilateral trade has been hovering at around US$8 billion for the last few years, but in 2016, Israel’s exports to China have tripled to US$3.3 billion with technology – from cybersecurity to agri-tech – leading the way.

Half the investments in Israeli funds in 2015 involved at least one Chinese investor. According to the Economy Ministry, 40 percent of funds raised by Israeli venture capital firms came from Chinese backers.

“Israel is pivoting towards Asia in a very clear and purposeful way,” Netanyahu said last month in Singapore, which he visited along with Australia. Indian Prime Minister Narendra Modi will visit Israel in the summer, underpinning the Asia trend.

While the European Union remains Israel’s largest trading partner, Asia is steadily closing the gap and politically, it tends to put far fewer demands on Israel than the EU does.

Chinese firms are driving major infrastructure projects in Israel, including Tel Aviv’s metro system and new Mediterranean ports in Haifa and Ashdod. A deal for 6,000 Chinese construction workers to come to Israel was signed earlier this year, with the possibility of extending it to 20,000.

Israel’s former consul-general in Shanghai and the managing partner of business advisory firm Sheng BDO Ilan Maor said he thought China’s leadership was keen to limit discussions with the Israeli delegation to economics, even if Beijing has become more outspoken on Middle East issues. 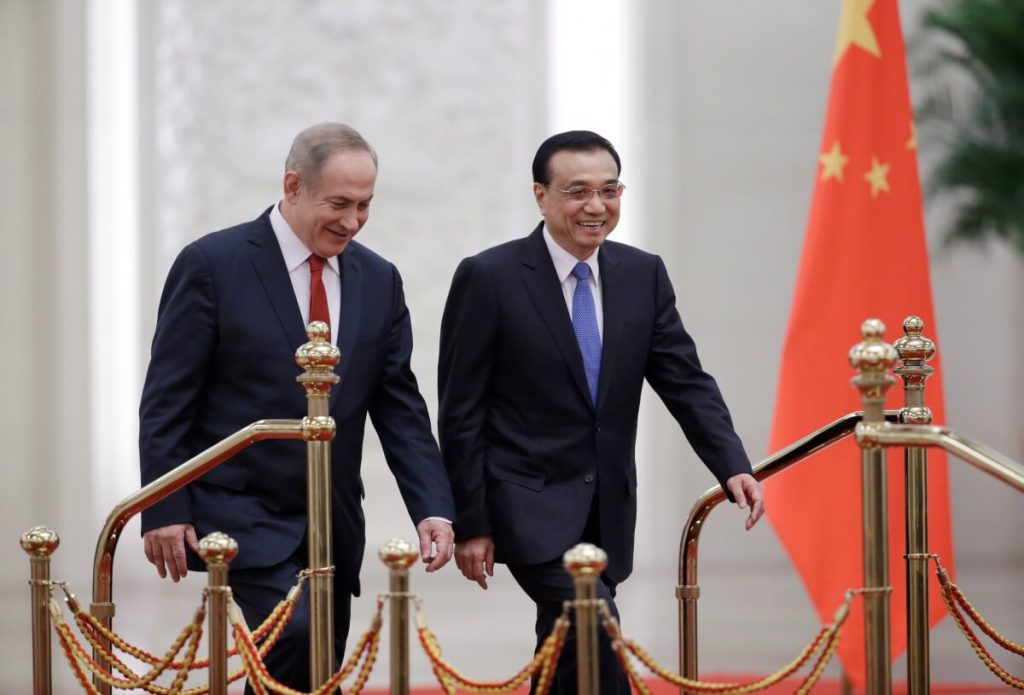 “The place (Netanyahu) can make a significant contribution is opening the door to more trade, moving forward to free trade, and making a clear message we want Chinese investment,” he said. The countries are negotiating a free-trade agreement, although it remains unclear how far advanced talks are.

The countries are negotiating a free-trade agreement, although it remains unclear how far advanced talks are.

From Netanyahu’s point of view, while China and Israel may be vastly different in terms of population, physical size and resources, there is a strong fit: while Israel innovates, China concentrates on mass marketing and commercialisation.

“Given the basic infrastructure of initial and secondary development – airports, sewage lines, water – once you’ve done that, the way to go up and up and up is to constantly improve your products, services and utilities with technology,” Netanyahu told Chinese business leaders in Beijing.

“We are your perfect junior partner for that effort.” – Reuters