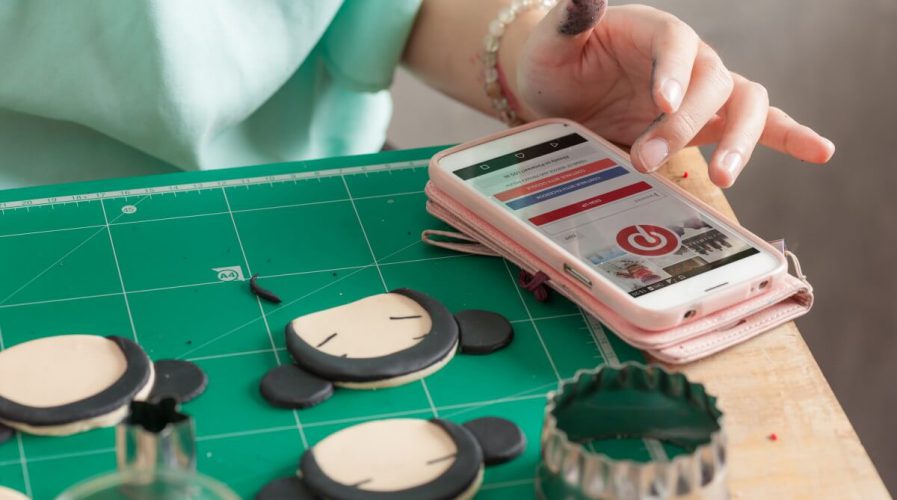 What the Chinese government may find offensive about the likes of decor tips, we’ll never know. Source: Shutterstock

THE latest to join the list of Western social media sites blocked by China is perhaps the most innocuous of all platforms – Pinterest.

The block was first noted by GreatFire, a site which monitors some of the Internet’s top webpages for accessibility in China. Its latest data showed Pinterest has been unavailable for over a week now.

As reported by TechCrunch, China’s censorship system for the web the Great Firewall occasionally has glitches or temporary blocks, but users have been unable to access Pinterest for over a week which means the site has been “deliberately censored”.

Citing security, China has banned Pinterest. Scrapbooking of recipes and wedding gowns poses a threat to stability and is "just so bougie."

It’s not exactly clear what provoked the block, seeing as the platform is really just a shared catalog of dessert recipes, fitness tips and baby animals, although TechCrunch suspects it may be related to the just wrapped “Two Sessions” symposium.

The annual gathering, which is a meetup of China’s governing classes, should be one of the reasons that the government is on high alert for any offending sites.

What the government may find offensive about the likes of decor tips, we’ll never know, but it’s also worth noting Pinterest was hardly a mainstream service in China before the block. There were a number of Pinterest-like clones that emerged when the social network first launched back in 2012.

Well, Pinterest is now blocked in China as of the last couple of days. There goes my last remaining non-VPN connection to the world. pic.twitter.com/qYMRJlyKOd

Since inception, Pinterest has hardly drawn nearly as much PR attention as its fellow social networks.

According to Forbes, it is still thriving at 150 million monthly active users globally and is actually faring better than Twitter in the US. While Pinterest has reported 70 million monthly active users in its home market, Twitter has just 60 million. It has also announced expectations to generate US$300 million in revenue in 2017. To put into perspective, Snapchat forecasts it will reach US$1 billion this year.

Pinterest was also valued by investors last year at US$11 billion and hired Twitter’s Todd Morgenfeld as its first chief financial officer, which is a sign it’s plotting a future IPO.

All signs point to a growing, not dwindling tech company which has clearly been operating in stealth.