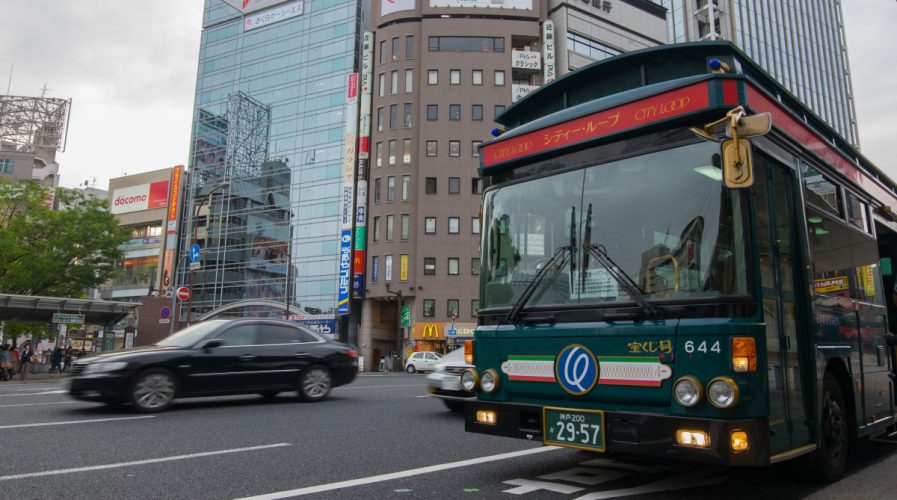 A bus waits in its lane in Kobe, Japan. While most are testing out self-driving cars for the taxi-taking crowd, SoftBank is focused on putting autonomous buses on the roads in Japan. Source: Shutterstock

SELF-driving technology is making rapid strides after virtually every big tech company has gotten into the game, fueling the race to be the most innovative and first to market.

While most are testing out self-driving cars for the taxi-taking crowd, SoftBank is focused on putting autonomous buses on the roads in Japan. It has done this by taking a controlling stake of an entity called SB Drive created last year to develop self-driving technology for public transport.

According to TechCrunch, the unit has just received a US$4.6 million investment from Yahoo Japan and after the deal goes through, SoftBank will own 51.1 percent of SB Drive, while Yahoo takes 48.6 percent.

SEE ALSO: Grab could be valued at $3bn after SoftBank-backed funding round

SoftBank’s investment into SB Drive diverges from the strategy other competitors in the self-driving tech space is deploying.

Instead of focusing on cabs in urban areas, it seeks to create more public transport options for those living in rural areas and to make those vehicles smarter. The company plans on putting test vehicles on public roads by 2018, and launch a commercial service by 2020.

According to the company, it has run “social trials” by using “fixed-route public buses and freighter trucks” that could benefit from self-driving technology. On top of that, SB Drive has inked partnership deals with four municipalities in Japan.

The company tackles social issues affecting Japan, as it has a large ageing population – 25 percent of the country’s population is 65 and over. TechCrunch notes that figure might reach a staggering 40 percent across Japan by 2060, and there is a larger percentage of elderly citizens that live in rural areas.

Will we see driverless buses before cars? Softbank seems to think so. https://t.co/JN7BAUCYVh pic.twitter.com/zXB1QydQKc

While SoftBank is making gains in the self-driving technology race while also making a social impact in Japan, an accident on an Arizona roadway has stalled Uber’s autonomous vehicle efforts.

As reported by Reuters, an autonomous vehicle with Uber’s self-driving pilot program had collided with a regular car which had “failed to yield” to it. The car, which was on self-driving mode with two “safety drivers” on board, had rolled onto its side in the incident.

While no one was hurt, Uber suspended the program for three days, and today announced its resumption. According to police, the Uber vehicle was “not at fault in the collision”, and a full police report on the incident is expected as soon as middle of this week.