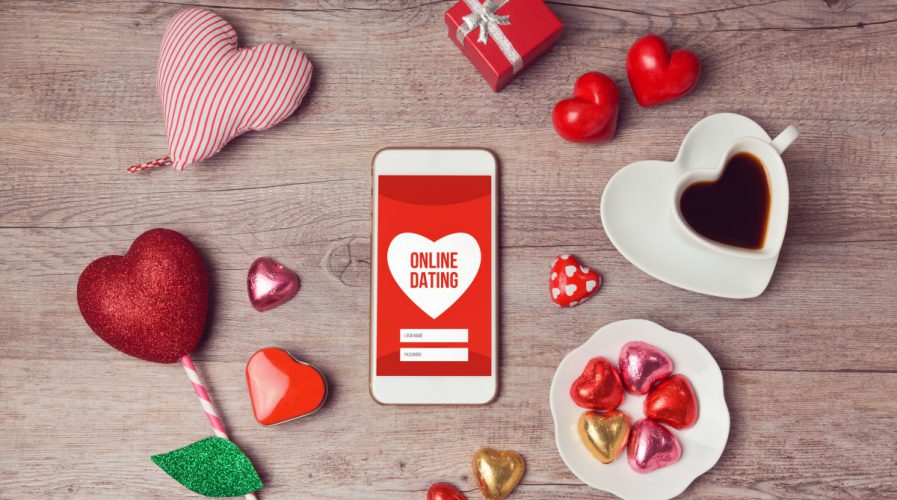 The dating game has gone digital all across Asia, but is it disrupting traditional forms of courtship? Source: Shutterstock/Maglara

Are dating apps changing the love economy in Asia?

IT’S not like the dating app is revolutionary – digitally mediated dating has been around since the 90s, and before then, there were missed connections ads and pen pal features.

Before that, there were matchmakers and arranged marriages between families. In Asia, those modes of courtship still exist, living alongside their digital counterparts.

Finding love in Asia has always been a kind of game however – sometimes literally. One of the more popular dating-related game shows is Fei Cheng Wu Rao (非诚勿扰) – which roughly translates into “If you’re not serious, don’t bother me”. It is a game show where a single man’s personality and life are revealed to 24 women, via videos with family and friends, all while the series’ hosts question him. The women are able to express their interest in the man, while the man is able to pursue his choice at the end. 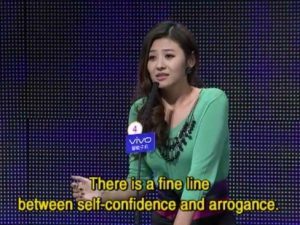 Fei Cheng Wu Rao has been called feminist for giving a voice to young Chinese women and empowering them. Source: Youtube

Another dating series that has taken the country by storm is Chinese Dating, a series which has courted controversy with its merciless, parental-centric approach to dating. Unlike Fei Cheng Wu Rao, Chinese Dating passes control over to a singleton’s parents who screen candidates with direct – and often brutal – questions such as “Can you do housework?” or “How much salary do you earn?”

The two game shows are particularly interesting contrasts as they highlight the identity crisis the Asian dating scene is experiencing – a communal approach to dating versus individual-centered romance. “In a way,” writes Quartz journalist, Siyi Chen about Chinese Dating, “this wacky and cringeworthy show illustrates modern China’s divided values towards relationship and gender.”

On one hand, Chinese Dating has been criticized as a revival of the outdated filial courtship processes that ruled many Asian cultures up until recently – one could even make the case cultures in many countries across Asia’s diverse regions still apply the belief marriage is a game of alliances, as evident in instances of child marriages and dynastic bonds.

On the other hand, Fei Cheng Wu Rao practises what some might deem as a modern, Westernized version of the individual-centric romance, bleached of Asian context and history. Some even argue the game show is openly feminist by channeling the real attitudes of young Chinese people – particularly its womenfolk – who are career focused and “mercenary.” By even giving the 24 young women a voice, the game show is going head to head with The Three Obediences, or a patriarchal philosophy that placed a woman at the feet of the male authorities in her life.

Asia is obsessed with finding love – there’s a reason why matchmaking services have persisted in this region for so long. “People are either blind dating or on the way to blind dating” as the saying goes in mainland China. Central to Confucianism is the family unit and in Asia, this sentiment is heightened: the pressure to find a life partner and lock together is intense. There’s even a word for those who fail at the dating game – “leftovers” are women or men (usually) above 25 years old who are not in a long-term relationship or married. 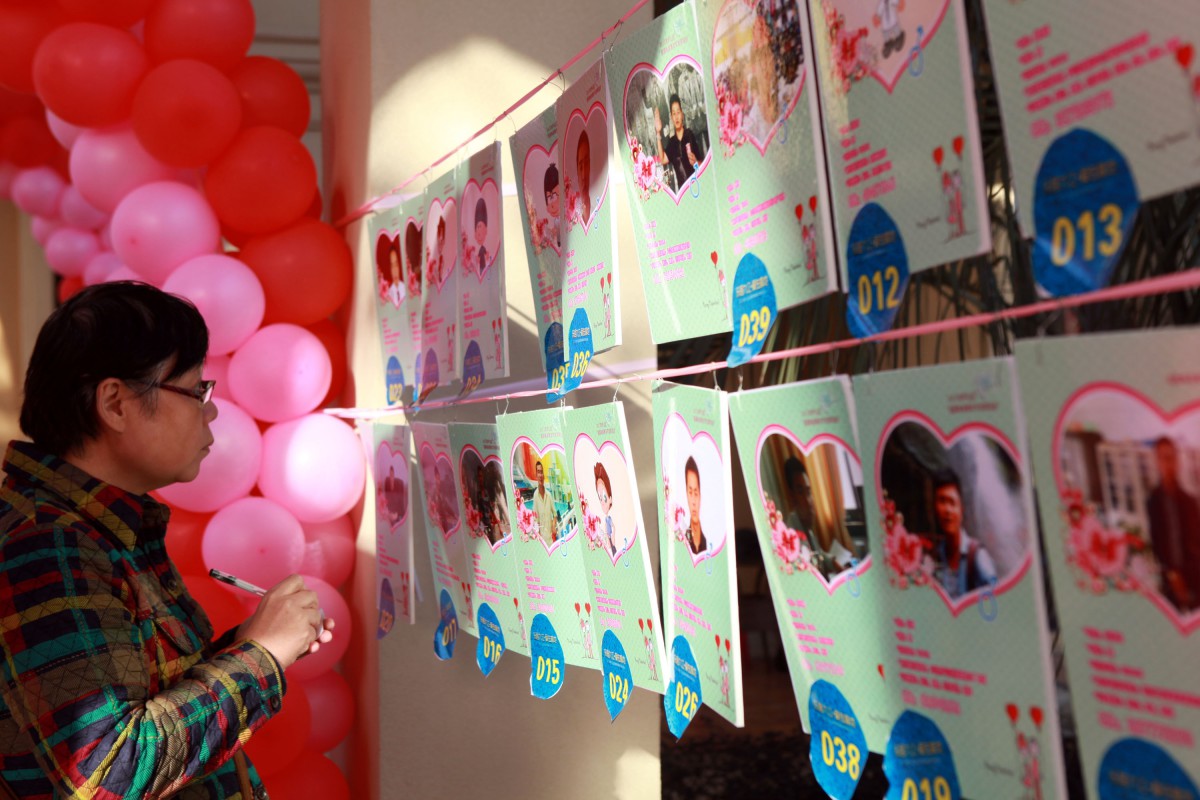 Asia is obsessed with finding love – there’s a reason why matchmaking services have persisted in this region for so long. Source: Shutterstock/humphery

Coupled with the region’s persistently collapsing birth rates, it’s evident the pressure to find a significant other weighs heavily on the minds of East Asians. Tons of attempts to fix the problem have surfaced – various iterations of speed dating events, exclusive clubs for singletons, a growing singles bar scene, and a mountain of online dating websites. Of course, blind dating is not commonplace in Asia – parents are heavily involved in their children’s love lives, particularly so as a result of China’s one-child legacy.

And right into the middle of this cultural morass, dating apps have arrived to stir things up even further.

Of course, dating apps are merely another by-product of the age of digital dating. Online dating is hot money and the market for it is going to keep growing as long as people keep looking for love. In China, research suggested the online dating market would generate CNY10 billion (US$1.6 billion) at the end of 2016.

“I don’t think it’s hard to make money from this at all,” says Wang Yu, co-founder and chief executive officer of Tantan. “It’s what the Chinese consider a ‘rigid need’ they can’t escape from.”

Down in Southeast Asia, various dating apps have cropped up over the years – American apps Tinder and Happn have established presence in the region, but local competition has been heating up. Paktor and LunchClick are homegrown Singaporean offerings while the Philippines makes an entrance with Peek-a-woo and Indonesia with a “halal app” called Mat & Minah.

To get a local perspective, we spoke to Paktor’s regional brand marketing vice-president Darryl Liew. Paktor has grown a user base of around 15 million users across seven Asia-Pacific countries, lately expanding into South Korea where it is already gaining ground. The app has created for itself a reputation as a “serious dating” app.

We asked Liew what he thought about the disruptive effects of dating apps on traditional dating norms.

“Dating apps make the whole courtship process faster. It shortens the process. You are actually able to get to know people you would not have encountered in daily life. Dating apps help you bridge the difficulties in meeting new people.”

We also asked Liew about his thoughts regarding the hookup culture that has blossomed in tandem with the rise of dating apps. Vanity Fair’s story documenting the attitudes of young 20-somethings in New York made a bold claim Tinder and its ilk had set into motion the end of dating.

“Hookup culture,” writes Nancy Jo Sales, “which has been percolating for about a hundred years, has collided with dating apps, which have acted like a wayward meteor on the now dinosaur-like rituals of courtship.”

“Dating apps are the free-market economy come to sex.” – Sales

Liew had this to say: “For us, we have a very objective target, that is to encourage serious dating … We don’t encourage hookups. Our marketing content is focused on healthy dating, looking for the right one, looking for someone you want to be with for the rest of your life, as well as creating meaningful connections. 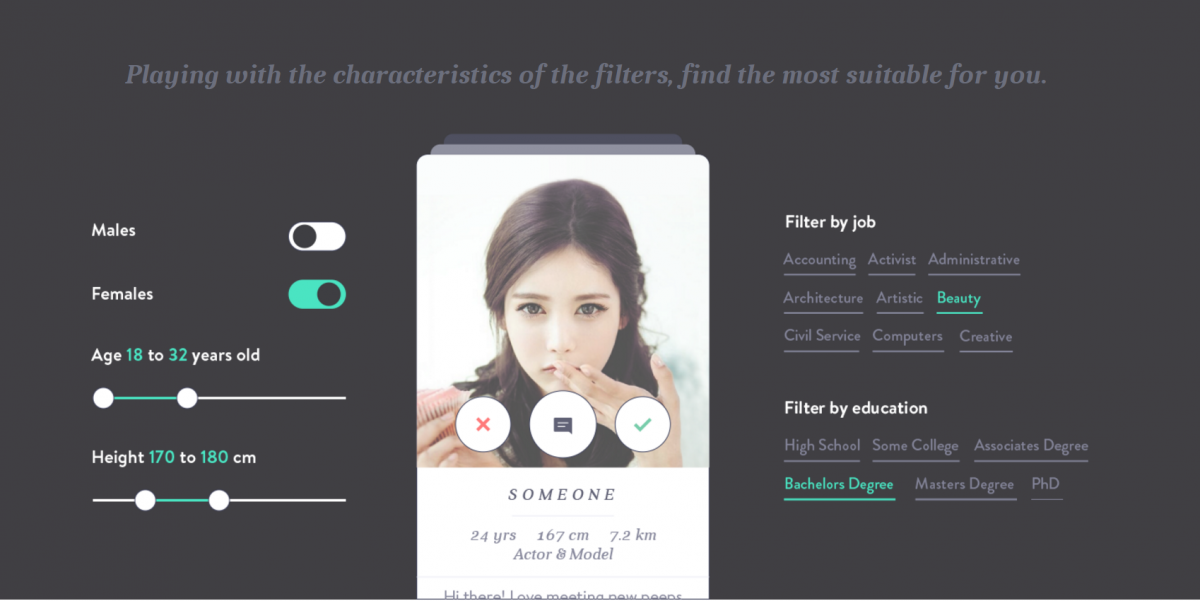 Paktor wants to foster a wholesome approach to dating, with meaningful relationships as the goal. Source: GoPaktor.com

“Even with the rise of dating apps, of course, some people use it for serious dating and others use them for hookups.”

Liew’s comments are a dodge of the rather unsavory reputation dating apps have garnered over the last few years, but the idealistic goal of the company is admirable on its own. Love is always noble, but to ignore the fast food approach to sex that is a by-product of the digital age is to be either willfully naive or dishonest.

It’s no feat of the imagination to see how digital apps have sped up the spread of hookup culture; the time-saving convenience Liew cites as the main pull factor of dating apps is the same bait that draws together the busy and beautiful masses to Tinder. “It’s instant gratification,” says Jason, one of the 20-year-olds quoted in Sales’ article, “and a validation of your own attractiveness by just, like, swiping your thumb on an app.”

It’s a systemic problem fostered by dating apps’ quick swipe-no-gripe design – when it’s easy enough to find a date with a click of a button, of course you’d skip the dinner, wine and movie. It’s this very individualized, personalized and decentralized aspect of date-by-app that has caused such a rupture in traditional Asian dating cultures.

Courtship has always been a family affair in cultures up and down the region, with filial piety sitting at the center of it. Dating apps have disrupted this in a big way. There’s no more waiting for approval, no more value assessment, fewer opinions from parents and less weighing heavily on a singular choice. In a way, the dating scene depicted in Chinese Dating is already a kind of relic of the past.

But do we want to go back to how it used to be?

For every op-ed that has been written about the growth of dating app culture, someone shoots one back about how just as many people are eschewing the digital dating world for a dose of authentic connection. Channel News Asia (CNA) recently did a survey of various individuals in Singapore who preferred dating agencies and professional matchmakers to the impersonality of dating apps.

According to CNA, 13 agencies accredited by the Social Development Network (SDN) in Singapore organised 642 events in 2016, which is 23 percent higher than in 2015. Participation rose in tandem, increasing by 21 percent. Evidently, there’s something else going on here. Despite falling marriage rates in more developed economies, it does seem like convenience and time aren’t huge concerns for love-seekers. 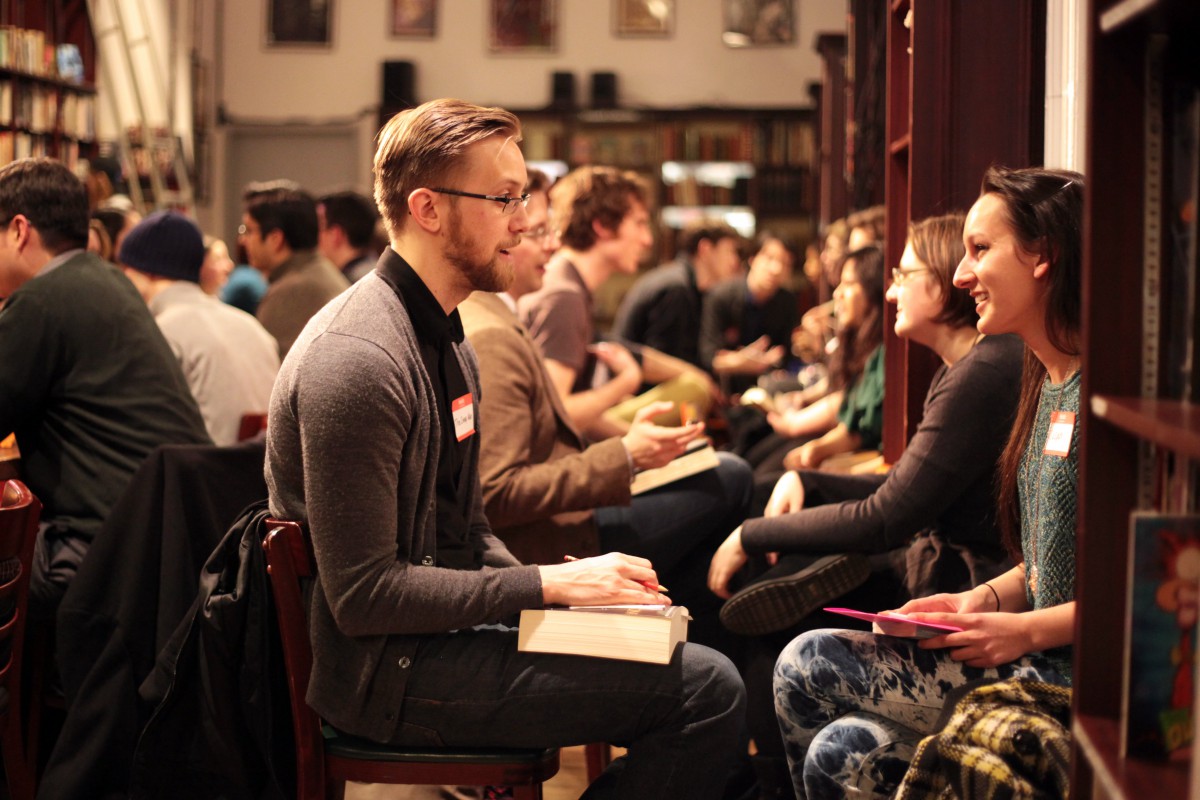 Many singletons, particularly those above the age of 30, prefer to attend dating events in real life or approach matchmakers rather than play around with dating apps. Source: MeetMindful

Local matchmakers who spoke to CNA also dismissed the notion they were being run out of business. They point to the SDN numbers as proof mobile-based apps are limited to a specific demographic of those under 30. Those born in the 80s are still very attached to the intimacy of physical meets. Asia Times quotes a young woman named Yilin: “It’s still hard for me to believe in those apps. There is too much fake information online. I’ll just stick with blind dates for now.”

Old-style dating app. Just walk around carrying this issue of the LRB & see who comes to chat. pic.twitter.com/Kzv80fx1ii

Paktor also sees there’s something in the water. They straddle the old world and the new with the various services they offer. A separate branch for offline dating – called GaiGai in Singapore (meaning “to go out”) and DateSmith in Malaysia – is also run by the company, as well as a personal matchmaker.

Much like how they used to do it back in the day, GaiGai and DateSmith allow their users to list their preferences, which they will use to match to someone else in their database.

“We try to create a setting that is not so tense and awkward for everyone, so everyone gets to network and socialise. Through there, they actually get to know people better, and if they see someone they really like, they can go for it as well.”

The popularity of real-life dating events has spread, even spawning “halal” speed dating events in Malaysia featuring chaperones who ensure all interactions occur over the counter. Such events have garnered a large following and even resulted in some success stories.

It’s an interesting mix of the old and the new, the traditional and the modern. It’s curious a company founded on the modern problem of a shrinking world is very much still caught up in an old problem of finding love.