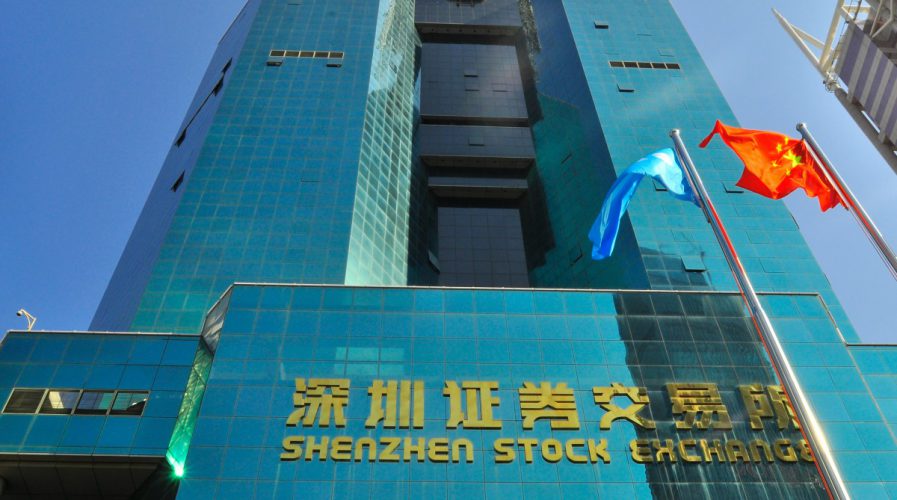 The Cross-border Capital Services Platform will be operated by a subsidiary of Shenzhen Stock Exchange. Source: Shutterstock

The Cross-border Capital Services Platform will be operated by a subsidiary of the exchange, which is China’s largest by trading volume with an average daily turnover of about US$50 billion in 2016.

At present, despite their close geographical proximity China was only the 17th largest investor in India last year. The announcement of the new platform was made as officials from the exchange were in India as part of a roadshow to showcase Indian companies to more than 40 Chinese investors.

“China and India are often depicted as the ‘world factory’ and ‘world office’, both of which are indispensable segments in global value chains,” Huiqi Pei, the head of the exchange’s international department told Livemint.

“Economic cooperation between the two most populous countries will form the most competitive production base and most attractive consumption markets. Yet the mutual investment between the two sides is by now not as active as it should have been.”

Chinese investment in India has been on the rise in recent times. While 17th place may not sound that high, in 2014, it ranked 28th and in 2011 it was just 35th, according to the Hindustan Times.

That saw investment from China top a record US$1 billion last year and that was before major plays in the e-commerce market in early 2017 by Alibaba who invested US$200 million in Paytm, and Tencent, which invested US$700 million in Flipkart.

But there are still considerable challenges for Chinese investors looking to do deals in India from regional political rivalry to cultural differences and most importantly, India’s notorious bureaucracy.

“Many are uncertain about sealing the deal due to the complex labyrinth of regulations and financial hoops”, Nazia Vasi, CEO of Mumbai-based consultancy Inchin Closer told IndiaSpend.