Penang benefits from its status as a UNESCO World Heritage Site, a Free Industrial Trade Zone and a Cyber City. Source: LMSpencer/Shutterstock

Second cities as startup cities: The growing tech enclaves of the East

RISING costs and a saturated market have started to drive the agile, bootstrapped technology-inspired masses out of major cities and into second cities. It’s a phenomenon that is visible throughout the world. Startups in the United States are relocating out of Silicon Valley and moving into enclaves in the San Jose area, while in the UK, Bristol is benefiting from an influx of digital creatives leaking out from a London full to bursting.

Recently, Bloomberg reported Fukuoka, the fastest-growing major city outside from Tokyo, has slowly but surely been poaching tech talent from all corners of the country for decades. The ancient port located miles away from Tokyo is benefiting from a growing population of young entrepreneurs and a government hell-bent on protecting its status as a tech haven via various incentives aimed at business people.

The city was designated as a strategic special zone, an advantage the young Fukuoka mayor Soichiro Takashima is eager to capitalize on. He is the brains behind the country’s first “Startup Visa”, which gives entrepreneurs six-month hiring and investment exemptions from Japan’s protectionist policies. He says he’s determined to turn the city into the equivalent of Seattle in the US.

“We want to give it a try before anyone else,” said Takashima, 42.

“Others will come and see how we do it. That’s the fastest way to change Japan.” – Takashima

His aggressive moves to leverage on the city’s geographic and policy advantages have helped drive up business in Fukuoka – it has the highest ratio of business starts in Japan, according to the Fukuoka Asian Urban Research Center.

Fukuoka isn’t the first city to take advantage of its special economic position. Way back before it ever became China’s answer to Silicon Valley, Shenzhen was a tiny fishing village nestled on the Pacific Rim, which shared a border with Hong Kong. When Deng Xiaoping became premier of the country, he designated Shenzhen as a “special economic zone”, the first serious test of China’s capitalist ambitions and the precursor of a fruitful economic relationship with Hong Kong.

Precise urban planning and a healthy dose of good timing proved to be a winning formula for the city – it grew faster than any other in the history of civilization. Its population exploded to 10 million people within a single generation. As the city’s technology infrastructure improved, the tech companies flooded in; Shenzhen has proven to be the push China needed to continuously drive innovation and find ways to stay at the forefront of technological change.

Now, many of the largest companies in China have made Shenzhen home, preferring its fast-paced environment, easy access to its innovation hive mind and connections to Hong Kong. The latter really got a boost when the two cities agreed to launch a stock-trading link in December 2016, which opened up Shenzhen’s tech founders to Hong Kong’s rich pool of investors, and vice versa.

In the early years, Shenzhen benefited from low rental rates, as well as a huge talent pool from which hardware manufacturers could draw from. As a largely under-educated cohort, Shenzhen’s engineers were cheaper to hire, but also racked high productivity and performance numbers. TechNode notes the city’s best regularly beat out their international peers, and even argues the lack of academic training has allowed creative innovation to flourish.

It’s a pattern we are seeing in countries all over the Eastern hemisphere – Bangalore, once lush farmland, is now the heart of India’s digital economy, driven by a government initiative set in motion in the ’70s. Armed with cheap rents and government policies, the city is providing millions of jobs to people all across the country. Indonesia is offering Jakarta to companies worldwide as a startup center, while Vietnam is touting a Ho Chi Minh City project – “Saigon Silicon City” – as the country’s tech edge grows. 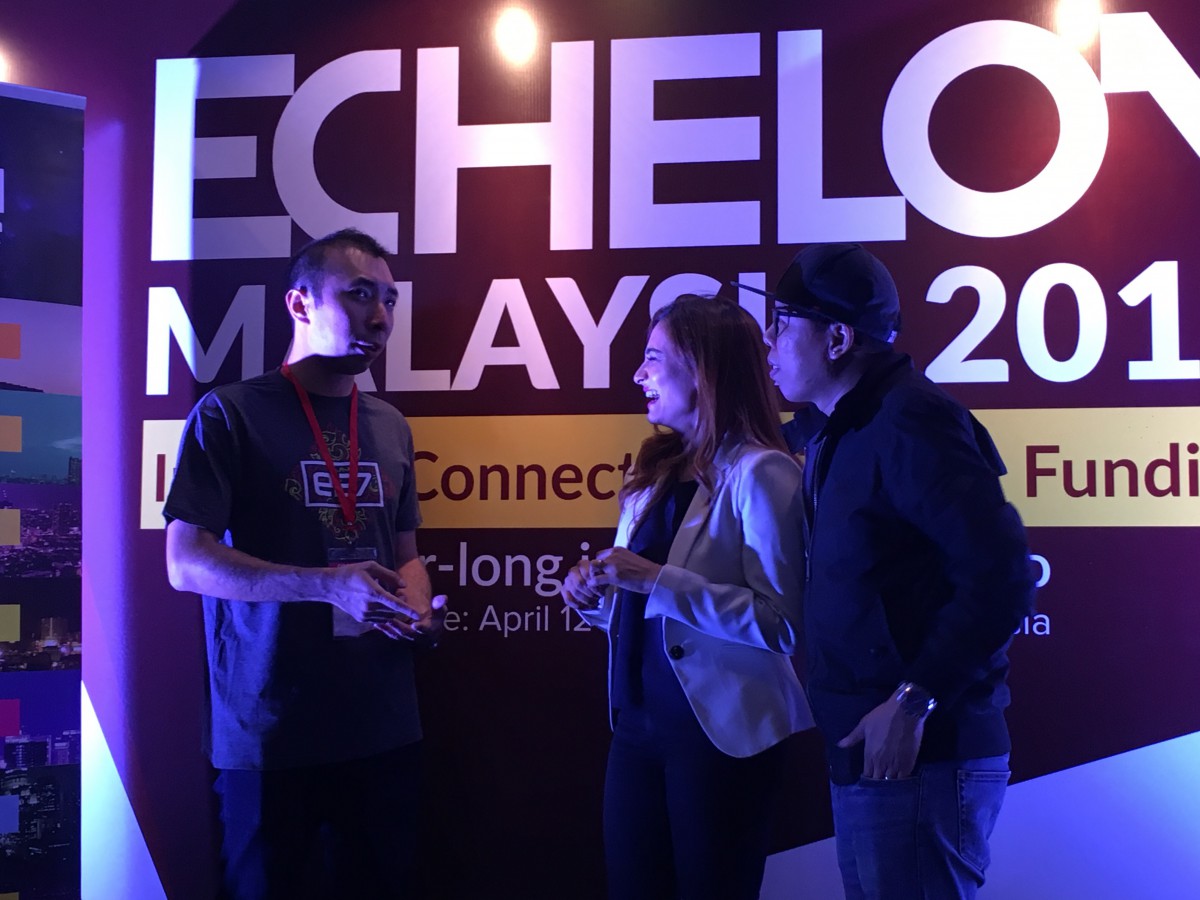 The Malaysian state of Penang recently played host to e27’s Echelon Malaysia 2017 tech conference, and the proposition laid at the feet of all the attendants was that the state is poised to go “From Second City to Startup City”. Penang has long played second fiddle to Kuala Lumpur – its reputation is more holiday destination than the “Silicon Valley of the East”.

During a press conference at the event, TE4P founder Curry Khoo, who is a self-professed tech hippie, says when he first approached e27 about locating the conference in Penang, everyone immediately thought the state had the potential to become the Silicon Valley of the East. In many ways, Penang shares many similarities with the previously mentioned cities – it has character, economic dispensations from the government, a large talented population, great transport links and low costs.

“When we were planning Echelon Malaysia,” he said, “everyone kept saying we needed to do it in KL, because the big boys and big companies are all there. So I want to pose this question: Does it mean the rest of the states in Malaysia have to close down while everyone moves to KL?”

Daryl Chung, e27 project director, said, “A lot of companies are moving out of Silicon Valley and into the San Jose area” with the cost of living cited as the biggest hurdle for companies just starting out.

Khoo also sees the state’s relatively low cost to be a huge draw: “Everyone loves staying in Penang because the living costs are low. If you compare living in Penang to KL, Singapore or Hong Kong, let’s put it this way – it’s dirt cheap.”

For a tiny state, Penang bears many laurels to its name. It’s a UNESCO World Heritage Site, a Cyber City (a status conferred via Malaysia’s Multimedia Super Corridor initiative), and Free Industrial Trade Zone. Each of these roles has helped turn the city into the hub: the free trade policies in the state drew multinational corporations (MNC) such as Intel, AMD and Hewlett Packard to set up shop in the state about 40 years ago. Penang’s vibrant arts scene has benefited from the UNESCO-driven media attention, while the city’s rich culinary culture continues to draw hoards of local and international tourists to its shores.

Tech Wire Asia asked Khoo what he thought were Penang’s big draws for investors and tech innovators. According to him, Penang’s diverse neighborhoods were a huge draw, with George Town playing host to creatives, while larger corporations – such as Intel, Piktochart and Exabytes – are parked down in the southern half of the island.

“In the north of Penang, there’s George Town where we have loads of heritage,” Khoo said. “Other places have heritage spots, but they don’t have the balance we do. Up north you have the heritage and creative areas; then if you need to work, you head south where the factories and manufacturing [facilities] are. In the middle of the island is where people live.”

The presence of these MNCs is a huge factor that has helped drive Penang’s status as a hub for hardware manufacturing. In the Bayan Lepas area down south, semiconductor and manufacturing plants abound. During the opening ceremony of Echelon Malaysia, Khoo stressed Penang’s plans to focus on hardware and IoT innovations.

“I think every city has their own strength, we have to look for ours. My mistake in the past was that I tried to push too much on software,” he said to Tech Wire Asia. “I think software is good, we need to have it, but we need to champion something.”

The state does not want for success stories. Homegrown successes include players such as Piktochart (a web-based infographic application and the darling of the infographic world), Exabytes, and Easy Parcel (who Khoo calls the next Malaysian unicorn). That being said, a large question remains as to whether or not Penang has the funds or infrastructure to foster long-term business growth. 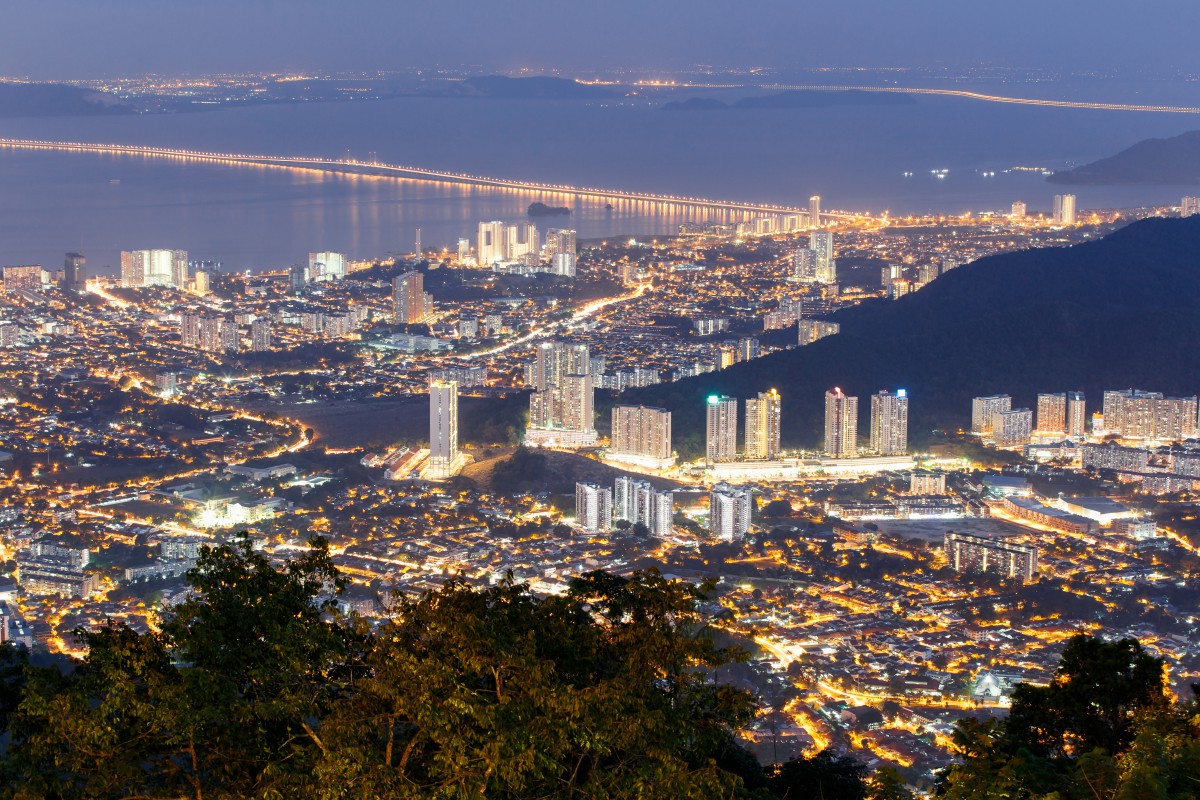 Penang has many faces, from its creative communities in northern George Town and big corporations and factories in southern Bayan Lepas.
Source: PK.Inspiration_06/Shutterstock

The cost of living is steadily creeping up in Penang, while cultural George Town is being flushed of the communities that once drove its unique character. Money is still largely flowing into the capital, Kuala Lumpur, where software still rules – and after all, many of world’s tech innovations are occurring in the software sector.

It’s a noble proposition, of course, to want to locate the tech world in the boundaries of Penang; it definitely lacks the scale and glamour of Shenzhen, and has yet to achieve the critical mass of Fukuoka. Penang can still be characterized as slow-paced and family-friendly, a sharp distinction from the “play hard, work hard” environs in China, the US and India. Does it really have the potential to wrest away some of Kuala Lumpur’s tech dominance?

Chung argues that setting aspirations for second cities are important nonetheless. “There are many reasons why we choose to run events in second cities, and that’s to highlight what’s being done in these cities.” Disruption and innovation often occurs at the fringes, and second cities might just be the remedy needed to fully push Southeast Asian countries into competition with the rest of the world.

This is part of a series of conversations between Tech Wire Asia and founders, visionaries, and entrepreneurs at the Echelon Malaysia 2017 technology conference.

This article has been amended to reflect the correct spellings of “George Town” and “Piktochart”.