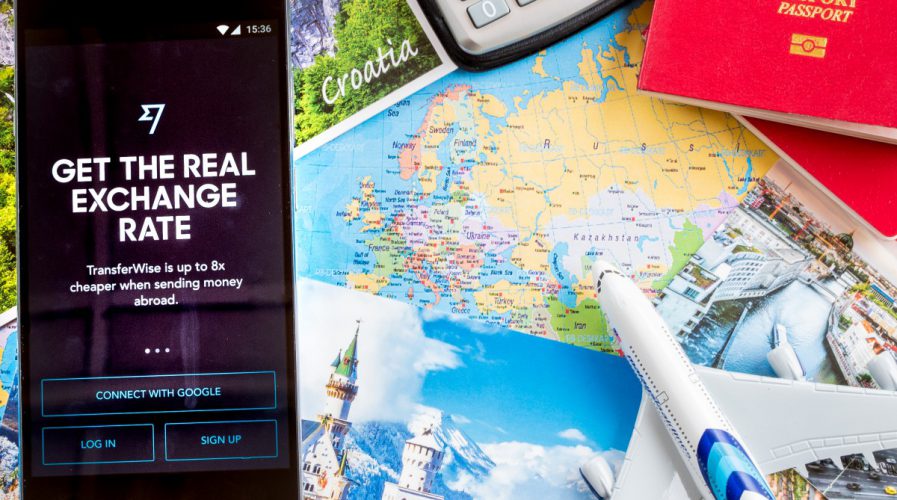 TransferWire’s move to begin operations in Singapore might be a signal the Brexit vote might be having a very big, very real impact on British business. Source: Shutterstock/amirraizat

SINGAPOREANS will now be able to remit money overseas at a lower cost as London-based fintech unicorn TransferWise Ltd. has arrived on its shores with a mission to disrupt banks’ chokehold on the money transfer market.

Thus, TransferWire was born and quickly became a symbol of the digital world disrupting traditional markets. One could even assume they’re correcting a market monopoly where the barriers of entry are high and consumers have fewer choices and higher fees to pay. TransferWise’s main lure is their superior exchange rates, according to Hinrikus.

TransferWise is opening an Asian hub in Singapore https://t.co/RqzqdAtF9E pic.twitter.com/81qFQCVr8s

The company charges a fee ranging from 0.5 to one percent and will work with DBS Group Holdings Ltd. to access the local market. In comparison, OCBC Bank charges a flat SG$20 (US$14.30) cable charge and a ⅛ percent commission fee, while other banks have other varying tiers of payment.

TransferWise will be entering the highly saturated fintech market in Singapore, which is widely considered the finance hub of Southeast Asia. The company transfers US$1.2 billion for their customers every month, and is looking to tap into Singapore’s mature market, which is competing with London to be the fintech center of the world.

Technology startups have been arguing for the last few years that going digital is the key to reshaping the remittance market, as going capital-light allows them to charge customers low fees. The model has been successful, as evidenced by companies like Instarem (backed by Vertex Ventures), MatchMove Pay (who have investments from Vickers Venture Partners), and smaller outfits like Toast and fastacash.

SEE ALSO: With rise of fintech, physical bank branches may become a thing of the past

TransferWise’s move to Singapore might also be a by-product of the UK’s Brexit vote. By leaving the European Union, the UK risks alienating the European market. A “hard” Brexit could result in high tariffs and a strain on finance talent the startup relies on. Recently, various news outlets in Europe are reporting large banks have been scouting out Frankfurt and Paris for possible relocations – a clear signal London is in for some troubling times ahead.

Of course, the high cost of operations in London is also a huge factor. Bloomberg notes rentals in Frankfurt can be up to 65 percent cheaper than London, where the average annual office costs per employee can touch €80,000 (US$87,300).

As many as 4,000 London jobs could be lost to Europe in the next year or so, whereas a Bruegel-based think tank estimates the British capital will lose around 10,000 jobs in banking and another 20,000 in the financial-services industry.

“It made perfect sense for TransferWise to choose Singapore as our APAC hub,” Hinrikus told Business Insider.

“The region is important for us as we expand globally, bringing our service to everyone in the world that transfers money internationally.”


Excited to bring @TransferWise to the people of Singapore! @technology https://t.co/A1uT39WXk0

The UK startup’s Singapore selection is a clear sign it has thrown its hat into Asia. They have announced plans to begin services this year in another Asian economic powerhouse, Hong Kong. Odds are if they’ve started with Singapore, TransferWise will be looking to expand into the rest of Southeast Asia’s market in the near future.

The move also registers as a huge win for the Singaporean government whose Smart Nation initiative is targeted at digitizing the island state’s economy. The country has offered enticing incentive packages to lure startups to Singapore and they are now reaping the benefits of those investments.

The country has always been a financial hub, but the move to the digital realm will help ensure it remains relevant. TransferWise’s move is really significant when viewed in the wider context of a global economy that is beginning to pivot towards powerful Asian economies.

“The question is, ‘What are we going to see in three years or five years?’” Hinrikus said to Bloomberg.

“Ten percent of people who transfer money from the UK use TransferWise. Hopefully, we can have 10 percent in Singapore as well.”