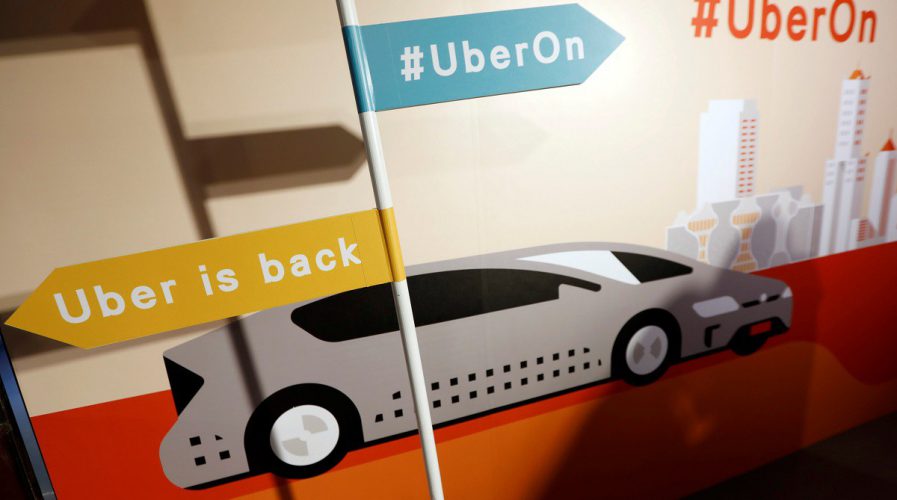 Uber has been locked in a tussle with the Filipino transportation regulator, and has experienced repeated setbacks since the summer. Pic: Reuters

Uber welcomed back to Taiwan, will partner with rental car companies

UBER is back in Taiwan after a two-month suspension, which followed a long-running feud with the island nation’s authorities who considered Uber’s business illegal.

The ride-hailing company announced their comeback in Taiwan on Wednesday, on one condition – Uber will have to partner with licensed rental car companies in order to resume their services in Taipei.

welcome back to #Taiwan #Uber pic.twitter.com/JwOWpllCPs

Prior to Uber suspending its services there, the Taiwanese government slapped a massive fine on the company as part of a crackdown on unlicensed ride-sharing services. By February, Uber had been ordered to pay T$328.59 million (US$10.57 million), totaled up after higher penalties took effect the month before.

In the letter, Mike Brown, Uber’s regional general manager for Asia Pacific, wrote: “We ask you, President Tsai, to please guide the dialogue on innovation, by convening a public hearing on ridesharing and letting Taiwan decide.

“We believe it’s time to turn the conversation away from innovation-blocking actions and towards smart regulations that unlock economic opportunities and consumer choice for all.”

But when that didn’t work, the company decided to suspend its operations on February 10 until they were able to come to a workable solution with the Taiwanese authorities.

Likai Gu, general manager of Uber Taiwan, said in Wednesday’s statement: “We want to partner with more legal transportation service partners in weeks and months to come, whether they be from rental car companies or the taxi industry.”

Journalist David Spencer opined in local news portal Taiwan News that the return of Uber was something to celebrate in the island nation, as it signaled a market that was ready to welcome new technologies and business models.

He wrote: “Progress should be embraced by all and Uber’s success is beneficial to everyone in Taiwan, both through the quicker and cheaper transportation it facilitates, and the indicators that Taiwan’s free market is alive and open for business.”

However, Kuomintang legislator Jason Hsu said in a Facebook post, translated by The News Lens, that the government has not yet reconciled the legal differences between online ride-sharing platforms and the traditional taxi industry – which could throw a spanner in Uber’s works.

In order to strengthen its position there, Hsu suggested Uber pay off its fines and taxes, and consider investing more in Taiwan. He wrote: “If Uber truly values the Taiwan market, then it should invest further in Taiwan and use local engineers and developers. It’s not enough to just maintain a sales office here.”