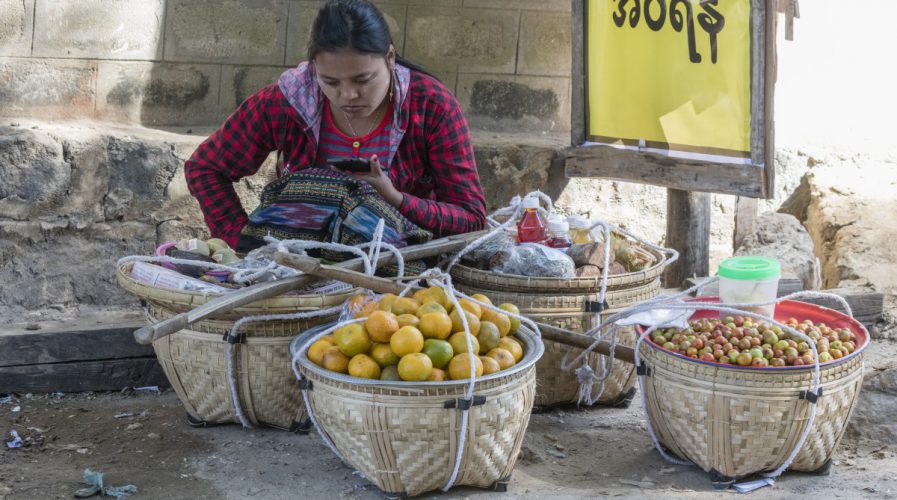 Only about 40 percent of Burmese women use contraception, but that rate can drop to under five percent in rural areas. Source: Shutterstock

IN need of an ob-gyn? In Burma (Myanmar), it can be a struggle.

For the country’s women, reproductive and sexual health care often remains out of reach – and it’s having deadly consequences. Each year, 2,800 women die due to complications from pregnancy, childbirth and post-natal care.

While abortions are illegal, studies estimate over 246,000 women seek them each year. Health experts believe most of these deaths are preventable – pointing to both an acute lack of doctors and information.

In Burma’s conservative society, discussions about sexuality and family planning are taboo, and misinformation rampant. Even the government restricts public reproductive care services to married women.

SEE ALSO: Internet freedom in Thailand is now as bad as in Burma – report

The two teamed up to create maymay, Burma’s first maternal and child health mobile app. Alongside this, PSI, is using social media to teach women about family planning options and to answer medical questions about contraception and pregnancy.

In five years, Burma has transformed from being one of the world’s least connected nations to having over half its population owning a mobile phone. While smartphone ownership is now at 75 percent, local web content had been slow to catch up.

“Our mobile health tools, whether it’s Facebook or the app, are all about giving women information and options on what they need to keep themselves and their families healthy,” PSI’s Communications Manager for Digital Media Perrie Briskin said.

Maymay, which helps expecting and new mothers preserve their health and that of their newborns, currently boasts over 30,000 monthly active users.

Inspired by the approach of gamified learning apps, the app retools health messages conceived for new and expecting mothers by the Mobile Alliance for Maternal Action (MAMA) into colorful illustrated quizzes users answer for each week of their pregnancy. Maymay also features a hotline to PSI’s doctors for questions, nutritional advice and a clinic locator service.

Koe Koe Tech is both the owner and technology lead, while PSI verifies and strengthens the medical content, with help from ob-gyns and nutritionists.

“We have 1,500 telemedicine consultations per month with PSI doctors and we are trying to expand that by working on distribution in remote areas, but it’s as big a challenge as designing the app itself.”

That has meant efforts to translate maymay into the minority languages spoken in some of Burma’s most rural areas. Yet reaching the most secluded populations remains a struggle.

SEE ALSO: New app gives taste of the life of a Rohingya refugee

Other issues are unique to Burma’s lightning fast mobile transformation.

“We have had close to a quarter million people try to download our app on the Google Store and they can’t because they don’t have an email address,” said Lwin. He’s been appealing to Google to change it.

Burma’s mobile first revolution has meant that for most Burmese, Facebook is the Internet. This is why when PSI wanted to create an online reproductive and sexual health hotline for women, it started with the social media giant.

For many Burmese, Facebook is the Internet. Source: Shutterstock/Catwalk Photos

Only about 40 percent of Burmese women use contraception, but that rate can drop to under five percent in rural areas.

PSI created a Facebook page for the birth control line, which quickly became a popular forum for women to ask questions about everything from vaginal bleeding to emergency contraception.

“It’s challenging to break down those cultural norms and what’s okay for women to talk about.” – Briskin

But it’s working. The Ok Quality Birth Spacing page now has over 250,000 followers and answered over 6,000 medical questions last year. For any harder questions, the page administration will indicate nearby medical providers PSI works with.

It may seem like little, but for Burma, it’s revolutionary.

“Unmarried women told us they faced judgement not just for asking questions about sexual and reproductive health, but even for evincing any kind of knowledge on the topic.” said Grace Sheehy, a reproductive health consultant in Burma.

“Providing information to young people through such a popular platform as Facebook is hugely important for Burma.”

Update May 30, 2017:  According to Michael Lwin of Koe Koe Tech, a May 2017 estimate showed that 800,000 attempted installs of maymay had now been tried. “Google also needs to translate Google Play store text into languages other than English,” said Lwin. “There are one billion people in Southeast Asia and very few outside of Singapore read English.”