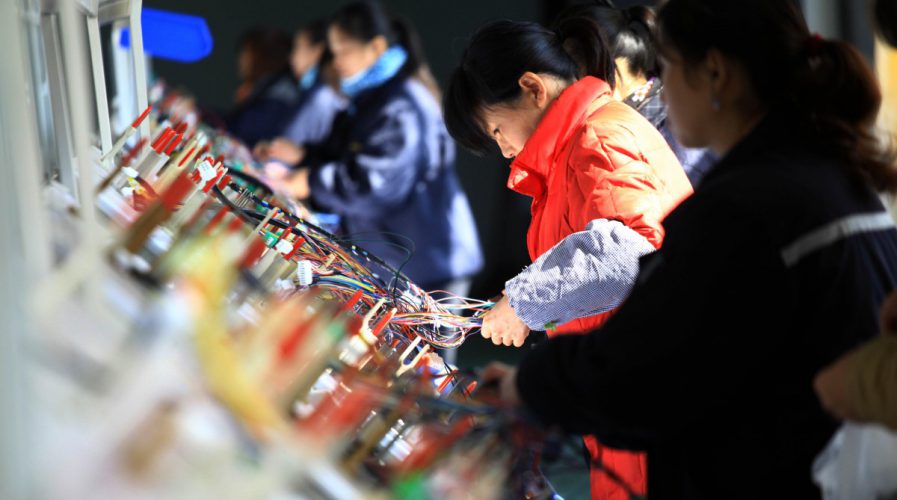 Chinese factories are no longer happy to clone products from American tech companies – they are making their own. Source: Shuttershock

CHINA has swiftly surpassed naysayer expectations, that it is only a copycat and never an innovator. Those days are long gone, as today’s Chinese factories are no longer happy to clone products from American tech companies – they are now working with homegrown startups to develop new gadget ideas.

According to Bloomberg, China has had to cope with Donald Trump’s focus on balancing the US-China trade deficit and rising competition from lower-cost factories in Southeast Asia. Investing in startups appears to be one workaround, and it’s quickly becoming a national trend.

Benjamin Joffe, partner at hardware accelerator HAX in Shenzhen, said the startup investment trend had spurred “the biggest wave ever of new devices”. Examples of this can be found in Shenzhen’s Huaqiangbei electronics market, where a myriad of wacky gadgets – including a smartphone doubling as an electric shaver – can be found.

In the afternoon, HuaqiangBei market turns from selling to fulfillment. Everywhere. #Shenzhen pic.twitter.com/voLX9Vindu

The idea behind producing so many different gadgets – some goofier than the rest – is driven by the same philosophy tech VCs use called the “spray and pray” method. How it works is investors will back a dozen startups and hope one blossoms into a unicorn.

Joffe sheds more light on how this is done at the factory level: “They are backing startups not with money, but with manufacturing abilities and sometimes generous payment terms.”

“[They are] thinking homeruns come from swinging the bat more often.” – Joffe

Wayne Xiong, a partner with Beijing-based VC fund China Growth Capital, also adds his two cents. “Factories are starting to take these startups seriously by taking on their projects – in the past, they wouldn’t even look at them,” he said, noting factories have now recognized the value of the VC method of investment.

The Guangdong province appears to be at the center of this trend. It took the lead in China’s industrial transformation in the 90’s, and it’s now building a Silicon Valley-esque innovation hub. The results have been incredibly beneficial for Guangdong’s economy, as it doubled to reach US$1.15 trillion from 2009 to 2016.