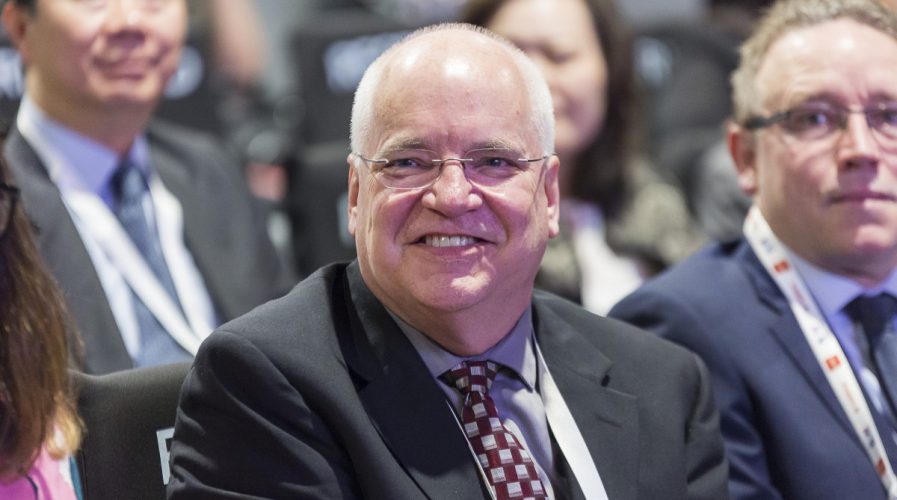 WHEN you think of space, you might think of planets in psychedelic colors, deep reaches full of stardust and potential. Perhaps even men in white suits, gliding through gravity-less darkness.

You’d probably not think of 10 separate data archives scattered around the United States, funneling two terabytes worth of information every single day.

But those big data structures have become central to the NASA of today.

NASA has big dreams for the future. Since its inception in 1958 and the heady days of the space race in the ’60s, the organization has pioneered scientific research into not just aeronautical engineering and space travel, but has also led deep dives into heliophysics (the study of the sun and its effects on the solar system), astrophysics, planetary research and earth science.

Now, without losing its focus on pushing the boundaries of scientific exploration, NASA is beginning to look into the power of its existing instruments to harness the benefits of big data technology for the science of the future.

“When I think of big data, I typically think of earth science missions, more so than some of the other disciplines,” Andrucyk said.

“When it comes to earth science missions, there are many, many different instrument types that are generating quite a bit of information, and that’s everything from sea surface winds, atmospheric chemistry, solid earth, slow moisture, the cryosphere, the ice sheets.” 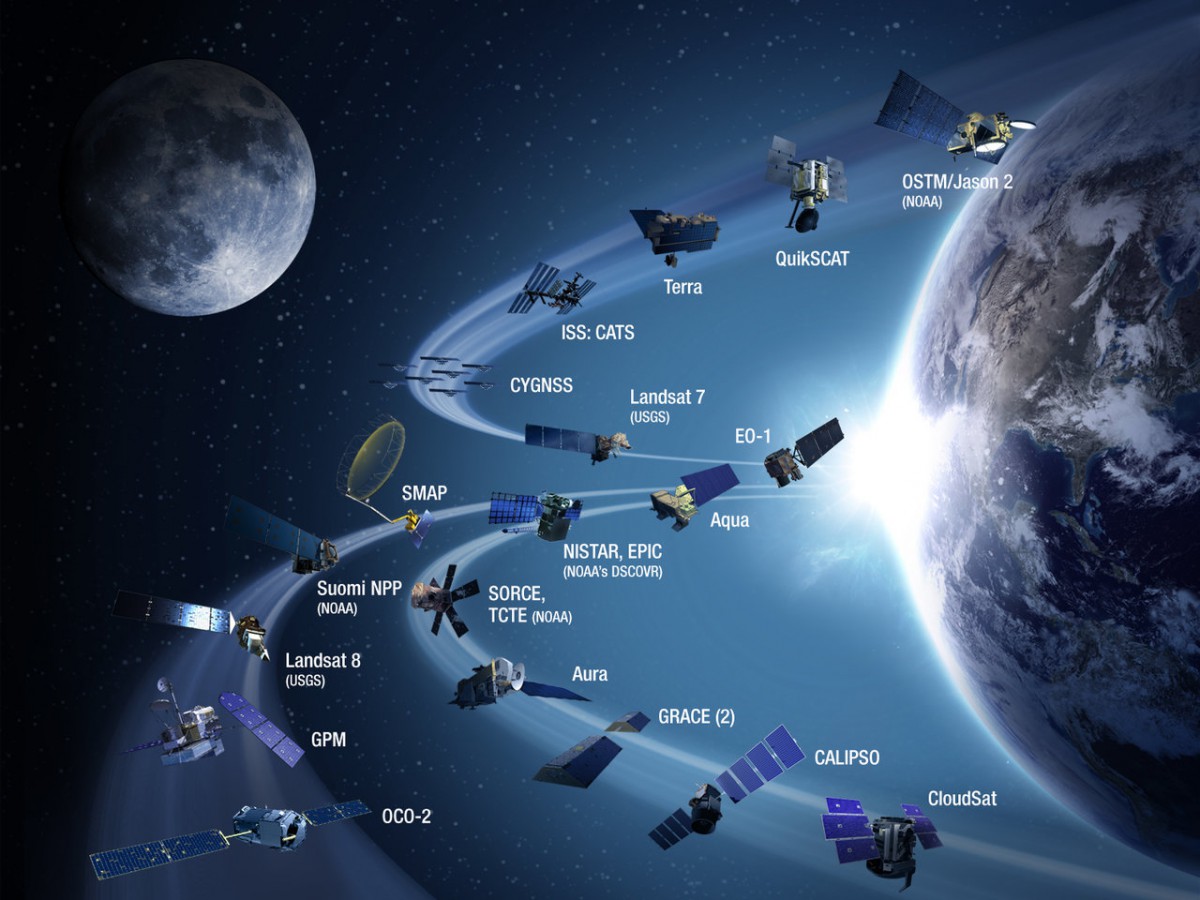 With no end to the usefulness of such information, the challenge now lies in building storage capabilities and the very infrastructure of big data.

Andrucyk said the organization must look into the “interfaces” and “interoperability” of their data systems in order to be of greater use to the scientific community.

“It’s about metadata, making sure we know where the data is, so the science user community can reach into those archives and extract what they need to get the data products they’re looking for,” he said, adding that the scientific community remains central to NASA’s efforts. The communities of its every division are helping the Washington DC-based organization define not only how the information is stored, but also who the custodians are.

Just who is using such information, though?

One guess might be climate change researchers, who rely on the earth science information to predict not only weather patterns, but provide information about the anomalous occurrences on the planet’s surface.

Andrucyk said NASA instruments were definitely seeing signs of global warming. The organization launched what they called the ICESat mission, which made use of laser altimeters (used to measure the altitude of object) mounted on spacecrafts, and managed to record with exacting accuracy information about the Earth’s receding ice caps.

“We weren’t prepared for just how valuable that mission was going to be,” he told TWA. “When it ended, we were like, ‘This is great! We’ve got to get another laser up there!'”

Climate Change: 4 @nytimes journalists went to Antarctica to understand how changes to ice might affect the world https://t.co/RJrVdv463B

Today, NASA is working on a second similar mission – ICESat-2 – aimed at gathering information for stakeholders, such as governments, corporations and the everyday joe.

However, it seems difficult to reconcile NASA’s trawl for scientific information with the policies of the current US administration, which has been criticized for swerving away from climate change research.

In March, the administration moved to cut former US president Barack Obama’s climate change policies off at the knees. NASA’s Earth science budget was trimmed by US$102 million in President Donald Trump’s 2018 budget proposal, as reported by Vox – though Spaceflight Insider also noted the agency’s overall budget remains largely unscathed at US$19.1 billion. 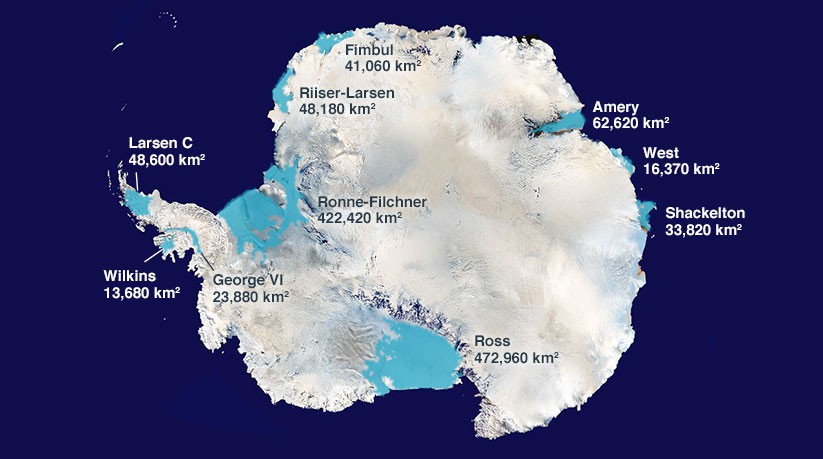 Antarctica has seen some of the biggest losses of its ice mass, with 118 billion tonnes lost annually. Source: Climate NASA

Andruyck noted the organization’s overall science budgets have remained consistent and have not seen the monetary downsides that might arise from the new administration. He stressed NASA’s apolitical bent and their only commitment: the best science possible.

“NASA’s goal is to provide to the administration the information they need to make science policy, but NASA itself does not create that policy,” Andrucyk said.

“What we do is provide that science information to our stakeholders and the policyholders.

“We don’t invest a stake in that policy itself, our goal is to create the best science we can, then provide to those folks. And the earth science budget has not seen a big decline.”

What is evident though is the administration’s clear preference for planetary research – particularly with regards to Mars -and the demotion of Earth science projects. This does raise the question of possible political motives behind the shifting money flows in NASA’s coffers. It is also difficult to deny the inevitable effect the new administration will have on necessary climate change research, particularly from NASA, who provides scientists with invaluable data on the planet’s changes.

Science has always been political and perhaps never more so than in the current debate over the planet’s climate.

However, the clear winner of a NASA under the Trump Administration are commercial companies that are getting stuck in the astrodust, such as Elon Musk’s SpaceX, aerospace player ATK and Boeing, who are working hand-in-hand with NASA to build the infrastructure necessary to begin explorations into Mars.

SpaceX and Boeing, in particular, are working with NASA on the Commercial Crew Program (CCP), meant to replace the decommissioned space shuttle program, while ATK has helped ship commercial cargo up to the International Space Station (ISS).

Andrucyk said while NASA and other governmental bodies want to be the “innovators or sponsors” of new technologies or capabilities, it’s in their best interests to help create some capacity for space science in the commercial sector.

Certainly commercial companies are taking advantage of this undefined and increasingly interesting sector of technology.

SpaceX has partnered with a company called Elysium Space to launch a “memorial spacecraft”, where customers can pay to have loved ones’ ashes sent into orbit. Jeff Bezos’s Blue Origin is already marketing its space tourism packages, with an eye to begin tests in late 2017.

But underpinning all of this are the clear sense of exploration and love of discovery that remain at the heart of NASA.

Andrucyk spoke passionately of the short-term future of NASA’s Mars strategy, including a lander mission (MarsInsight) and the Mars2020 rover mission.

He believes firmly despite the work necessary at home, with the oncoming march of climate change, there is value in exploring the solar system, if only to find something useful to bring back to our little blue dot.

Discoveries regarding Mars’ lost atmosphere could yield solutions to save our own. And in the end, while it is important to stay at home, we ought to never lose sight of the stars.

“When it comes to exploration, it’s important to explore our Earth to give us [information], to understand what’s happening with our Earth,” he said.

“But the human nature is about exploration, it’s about understanding what’s going on with Mars and are there any precursors to what happened to Mars – is there any science we can get that might be applicable to Earth? So, that exploration is still something I think is beneficial to humankind.”