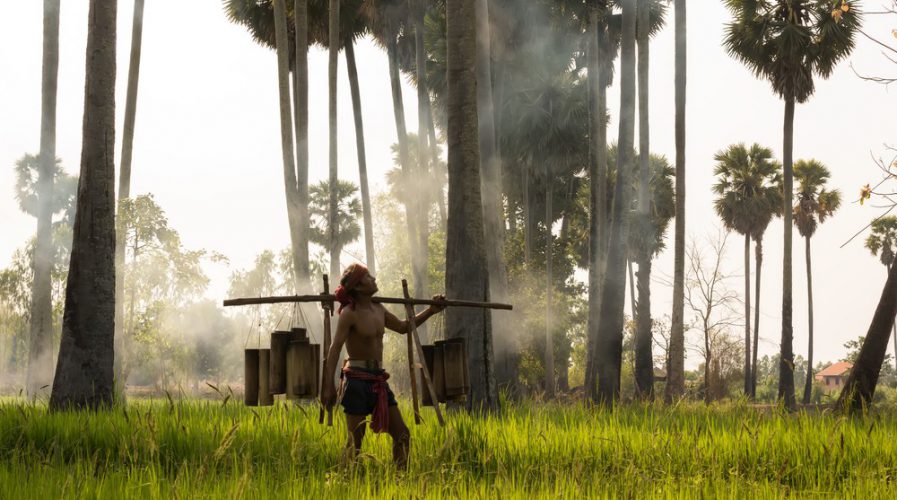 Coconut plantation workers in the Philippines could benefit from digital advances notifying them of the health of their trees. Pic: M2020/Shutterstock

Philippines: Coconut farmers get help in crop care through their phones

GENEROSA GONATO’S mobile phone beeped with a warning for the coconut farmer in the southern Philippines to be vigilant against bud rot, a common disease fatal for coconut trees. The message included the symptoms and how to treat it.

“So I monitored my trees and discovered some have it,” Gonato, 57, told the Thomson Reuters Foundation by phone. She followed the advice – cutting down and destroying the affected trees quickly to stop the disease becoming an outbreak.

Gonato started receiving messages in October, telling her when and how to put down salt – a cheap way to boost coconut yields – how to spot pests, and how to better manage her finances.

The messages are part of FarmerLink, a pilot project set up by a consortium to make small-scale coconut farmers in the Philippines more resilient to shocks like natural disasters and pests, and increase their productivity.

Gonato has eked out a living farming coconuts with her husband for the past 40 years. 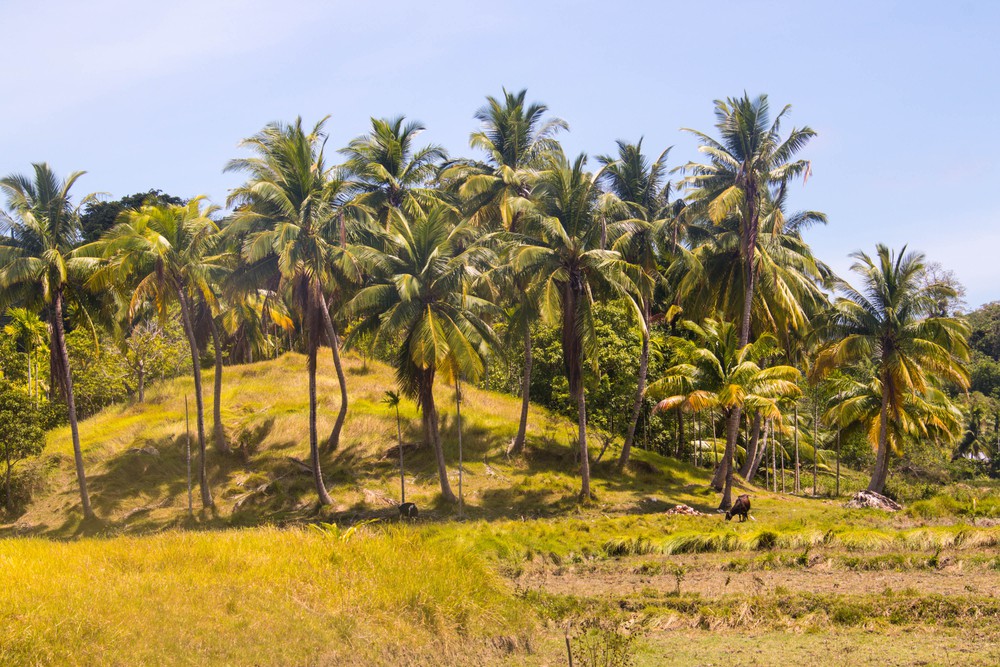 According to Gro Intelligence, the best-producing trees can yield 75 to 150 coconuts a year. Source: Shutterstock/vmclicks.in

With a monthly income of US$180 for a family of four, they borrow money regularly to make ends meet. But that is still a huge improvement from a decade ago, Gonato said.

She credits the rise in her income to soaring global demand for coconut, fuelled by the fruit’s use in an impressive array of food, household and industrial products – from shampoo and sports drinks to synthetic rubber and construction materials.

Virgin coconut oil has also been marketed in some parts of the world as a “superfood” with health benefits.

As the world’s second largest producer of coconuts after Indonesia, the Philippines has made the most of this boom. In February, coconut oil exports alone totaled US$132.6 million, rising by two-thirds in a year.

FarmerLink, which covers Davao Province, one of the Philippines’ main coconut-growing regions, combines mobile technology with a more traditional method.

It sends out field workers armed with tablets who speak to farmers and register them in the system, geotagging their location so text messages are better targeted.

The project is led by the US-based Grameen Foundation, which has worked on similar programs in Uganda and Colombia, with a US$250,000 grant from Michigan State University and US$1 million from the Global Resilience Partnership, set up by The Rockefeller Foundation and the development arms of the US and Swedish governments.

According to the Philippine Coconut Authority (PCA), a state agency, coconut farms are present in 68 of the Southeast Asian nation’s 81 provinces, taking up a quarter of agricultural land.

There are 3.5 million smallholder coconut farmers and 23 million people – nearly a quarter of the population – depend on coconut for their livelihoods, according to the Grameen Foundation.

Sixty percent of small-scale coconut farmers live on or below the poverty line of 20,000 pesos (around US$400) per year.

“The main problem we’re trying to solve is that coconut farmers are part of a multi-billion dollar industry, yet they’re one of the poorest segments within the Philippines’ agricultural sector,” Grameen programme manager Ana Herrera said.

“We’re trying to couple technology with practical, actionable information for the farmers, sent directly to their phones,” she told the Thomson Reuters Foundation.

The FarmerLink consortium groups the PCA, the Grameen Foundation, the People’s Bank of Caraga and companies including Franklin Baker, one of the world’s largest suppliers of desiccated coconut products.

Managing such a diverse group is challenging but brings bigger benefits, Herrera said.

For example, business partners can endorse their farmer suppliers to the bank if they need to borrow money.

And the government has seen how fast things can progress by using technology, Herrera said. Previously farmers were registered manually using paper forms, which could take months.

Coconut farmers tend to be poor due to low productivity, lack of direct access to markets, limited financial services and losses due to pests and diseases, said Herrera.

Many coconut trees in the Philippines were planted more than half a century ago, in some cases as early as the end of World War II, experts say. As coconut trees produce peak yields when they are between 10 and 30 years old, many are now past their prime.

An average tree in the Philippines produces 45 coconuts a year, but according to agricultural data firm Gro Intelligence, the best-producing trees can yield 75 to 150 coconuts a year.

Many farmers are also unaware of, or cannot afford high-quality inputs that could raise yields, and lack the power to negotiate better prices with middlemen.

Compounding these challenges is the Philippines’ vulnerability to natural disasters. More than a million farmers were affected and 33 million coconut trees damaged when Typhoon Haiyan devastated the central Philippines in 2013.

The grant that helped to launch FarmerLink ends next month, but Herrera said consortium partners are looking for ways to continue the programme.

Meanwhile, the service is expanding to include automated voice messages, starting with tips on going organic.

Ravi Agarwal, founder and CEO of engageSPARK, a social enterprise whose platform is used by Grameen to contact farmers, said voice messages are more powerful than text.

“(Mobile technology) is very important because most of these people live in an environment of information scarcity,” said Agarwal, whose company has clients spanning some 100 countries.

“They may not know if they add salt to the base of the tree, it will make their trees healthier… Information empowers them to get out of subsistence and escape poverty over time,” he added. – Reuters