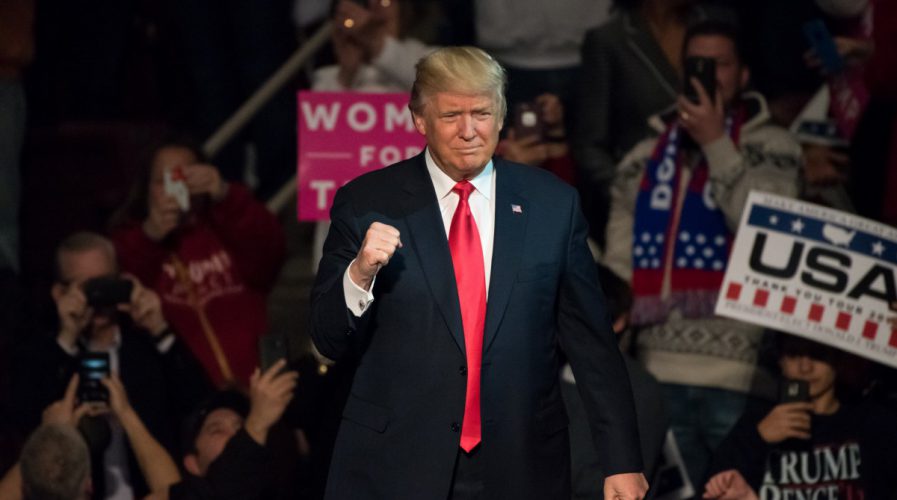 China is a key ally in the fight to prevent North Korea from launching a nuclear war against the US – a fact that has led to the softening of Trump’s policy towards the People’s Republic. Source: Evan El-Amin/Shutterstock

IN what will probably result in another collective eye-roll by the People’s Republic, US President Donald Trump has accused China of meddling in the 2016 US presidential election by hacking the emails of Democratic party officials.

“If you don’t catch a hacker, okay, in the act, it’s very hard to say who did the hacking,” the president said in an interview with CBS Face the Nation. “(It) could have been China, could have been a lot of different groups.”

Trump hints that the US may be sabotaging North Korea's nuclear program https://t.co/4hPZVzVEV8 via @BI_Defense

Trump has been dismissive of the statements by intelligence officials that Moscow hacked the emails to help Trump win the election. During the Sept 26 presidential debate with Hillary Clinton, Trump said China was one of many actors that could have been behind the hack, including “somebody sitting on their bed that weighs 400 pounds.”

Trump’s comments were published on Sunday and were not accompanied by any evidence to back up his claim. Similar comments were made on the eve of the Nov. 8 election day, though earlier Trump had also noted that North Korea could have been behind the incident.

“You know, number one, they don’t even know it’s Russia. Who knows? It might be Russia, could be China, could be, if you remember Sony, it could be North Korea, it could be a lot of places,” he is reported to have said.

Trump’s comments come at a sensitive time for US security; the day before North Korea launched a failed missile test. China, who is bankrolling North Korean survival, is a key US partner for preventing a nuclear attack. Trump’s comments delineate a sharp detour from his softening China policy, and appear to be aimed at promoting a detachment from the country after a state visit by Xi Jinping.

That being said, it’s unlikely that China will take offense at the latest salvo by Trump. Xi Jinping has been widely seen to be courting the tempestuous US president with flattery, diplomatic maneuvering and corporate gifts. It’s seemed to have worked: just two days before, the president turned down a phone call with Taiwanese president, Tsa Ing-Wen, and instead said that she should speak to Xi.

Cybersecurity has become a massive problem in several countries across the world, but most profoundly in the US presidential election. The hackers roiled the presidential campaign by making public embarrassing emails sent by Democratic operatives and aides to Democratic presidential candidate Hillary Clinton. One email showed party leaders favoring Clinton over her rival in the campaign for the party’s internal nomination contest.

Various banks in Southeast Asia have suffered at the hands of North Korean hackers who have been accused of hacking into financial systems and thieving accounts. On the Western hemisphere, the Russians are at the heart of accusations, with some commentators fearing that the French election may have been compromised by black hat hackers.