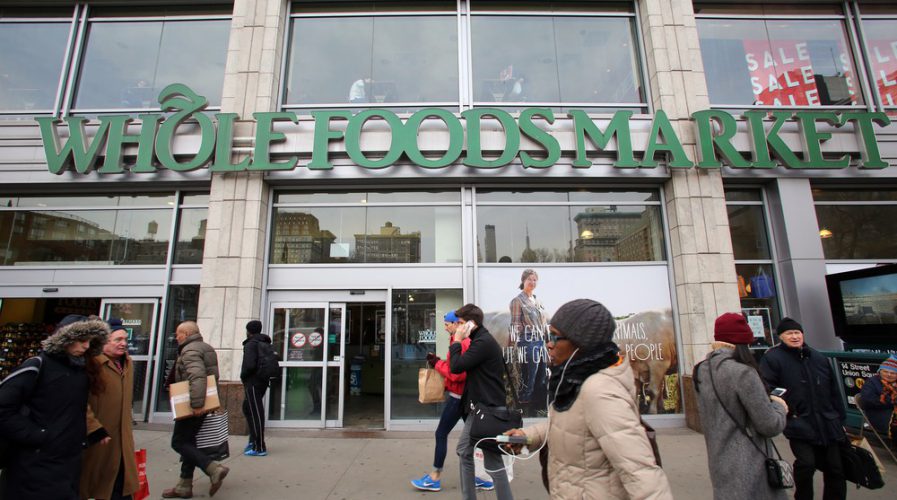 FOOD delivery is a tricky business and after ten years, Amazon has figured out how to win it – buy out the entire Whole Foods supermarket chain for a whopping US$13.7 billion.

As reported by WIRED, this is Amazon’s largest acquisition to date and will certainly “redefine” the grocery shopping experience. At first glance, it doesn’t seem like Whole Foods and Amazon have too much in common, but in all actuality, the e-commerce behemoth has been working on its online groceries game for quite some time.

It began running tests in grocery delivery back in 2007 when it rolled out Amazon Fresh, a produce and dry items delivery service. WIRED notes it struggled because the “instant gratification business” doesn’t pair well with fresh food delivery.

While Amazon certainly had the foresight when it comes to online grocery delivery, Amazon Fresh has not managed to create much traction since its launch. This is because of the obvious difference between the typical Amazon package and fresh produce, which does not have as many issues with shelf life.

Because fresh food spoils quickly, it also needs to be delivered directly to the recipient. And the way Amazon currently focuses on optimizing its delivery routes will not fly with fresh food requirements. Still, the global food delivery market is a lucrative one, which is why Amazon hasn’t given up yet.

According to a McKinsey report, the online food delivery market was expected to grow 25 percent per year from 2015 to 2018.

This year, it worked on different strategies by launching AmazonFresh Pickup in March. Customers place their order online and then drive to an Amazon-operated store for pick up. It managed to deliver faster service compared to its competitors Walmart and Kroger, which required two to four hours lead time while Amazon got the job done in 15 minutes.

By buying Whole Foods, Amazon will be able to capitalize on the consumer trends of increased interest in a healthier lifestyle, which includes organic foods with positive social impact. It will also be able to leverage the Whole Foods fame to market its electronics and products which will include Amazon Echo and its digital assistant Alexa.

Reports also suggest Amazon will be looking to alter Whole Food’s image of wealth and premium lifestyles to emulate a more wallet-friendly Wal-Mart. According to Bloomberg, the grocer’s reputation of delivering fresh foods to the public will continue, but the company is looking at cutting costs by reducing staff and lowering prices of Whole Foods inventory.

However, an Amazon spokesman denied any job cuts were in the works. But if true, Amazon’s move to lower Whole Foods prices is in line with the latter’s recent efforts to do the same, as it attempts to dig itself out of its worst sales slump since 1992.

There’s even the possibility of Amazon implementing the same technology used in its much-hyped brick-and-mortar Amazon Go convenience store in Seattle, which allows customers to do their shopping and pay without any need for human interaction with cashiers.

A person familiar with the matter, who asked to remain anonymous, reportedly told Bloomberg the use of this technology could cut labor costs for Whole Foods significantly, but remaining employees would be retained to “help improve the shopping experience”.