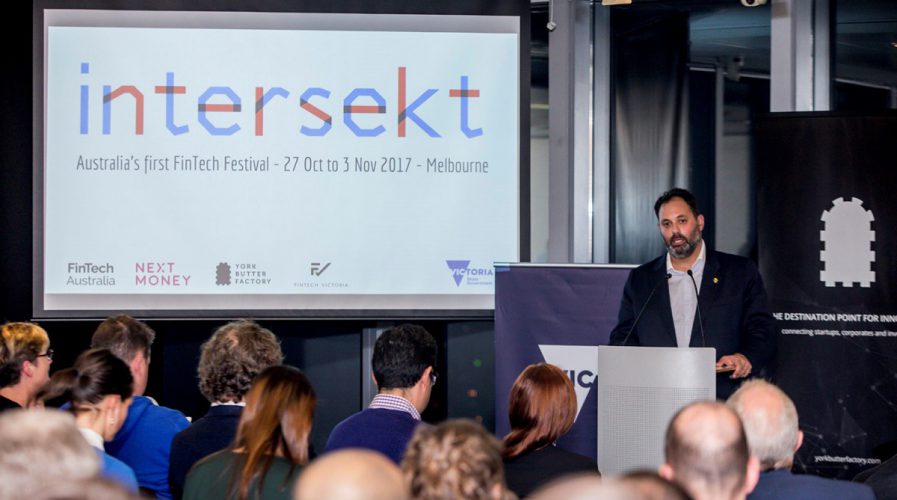 MELBOURNE will be playing host to Australia’s first-ever fintech festival in October, an event expected to become highly influential in the Asia-Pacific region.

According to a media release by FinTech Australia – the peak body for the country’s burgeoning fintech industry – the festival will be known as Intersekt and will run from Oct 27 to Nov 3. It will be held in partnership with FinTech Victoria, York Butter Factory and Next Money.

Over 1,000 delegates and participants are expected to attend Intersekt, which has already reeled in some key corporate and government partners including NAB, Accenture, EY, Acorns, Entersoft, VTWO, the Melbourne Convention Bureau, and the City of Melbourne.

The Victorian government is also on board to provide funding to support the event.

FinTech Australia president Simon Cant said in a statement: “Australia has tremendous potential to be the world’s leading intersection for fintech innovation and a large part of that comes from our proximity, common time zone, and strong cultural links with Asia.

Cant said he expected Intersekt to play a crucial role in exposing Australia’s fintech environment to a global audience, as well as make connections and deliver insights to take the industry higher.

The event will include a Collab/Collide summit, which will discuss the latest domestic and international fintech trends, a two and a half-day fintech hackathon, a two-day community and corporate showcase circuit in the city, an expo and pitchfest as well as a one-day event dedicated to blockchain technology.

The event will shore up Australia’s efforts to become a fintech leader in the region. The government’s aim is for the country to become a “launching pad” into Asia and other overseas markets, and they plan to do this by nurturing the startup ecosystem.

According to ZDNet, ASIC and SFC will recommend fintech businesses to each other for advice and guidance through ASIC Innovation Hub, which helps these companies make sense of Australia’s regulatory framework.