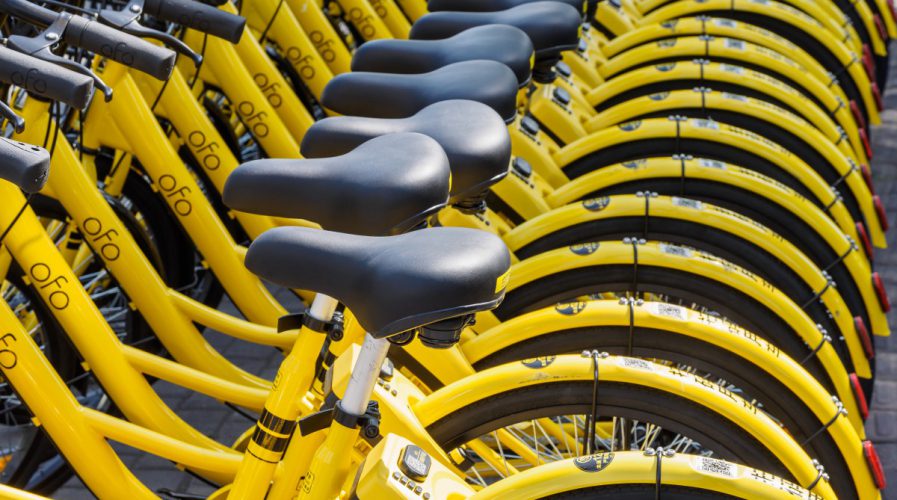 CHINESE bike-sharing unicorn Ofo is about to be worth so much more. As reported by Bloomberg, the Shanghai-based startup is planning on raising around US$500 million. If successful, the company will be valued at US$3 billion.

The US$500 million is not a big leap from its last round of fundraising, as Ofo raised around US$450 million back in March from the likes of Didi Chuxing, Ant Financial, and DST Global. Up until this point, Ofo has raised around US$650 million in funding and is valued at US$2 billion.

It has ambitions plans for 2017, aiming to expand globally to 20 countries and 200 cities. One of its biggest competitors is Tencent-backed Mobike, which raised US$215 million back in January in a Series D round.

Bloomberg notes China’s bike-sharing industry is booming and startups in the space are raising capital at “an unprecedented pace” which shows there is big investment interest in the sharing economy, particularly in transport.


Just like with ride-sharing startups, the battle between Ofo, Mobike and a handful of other bike-rental startups are being fueled by subsidies. The rising popularity of bike-sharing is also causing problems at street-level, with bicycles clogging the sidewalks of China’s major cities. This has been causing problems for both local residents and merchants and many are calling for stricter regulations.

As usual, China’s startup battles are actually part of a BAT (Baidu-Alibaba-Tencent) proxy war – nowadays mostly between Tencent and Alibaba. These Internet behemoths back mobile companies because it provides opportunities to glean a lot of user data created by millions of rides every day.

1 year ago, investors were predicting Ofo would reach 10,000 rides a day. Instead, it is recording 20 million rides a day

Not to mention the popularity of Ofo and Mobike allows the tech giants access to a key channel to promote services such as Alipay and WeChat Pay, which is helping fuel further adoption in the oversaturated digital payments space.


What’s also interesting to note is that bicycles used to be the preferred mode of transportation of China’s socialist working class, before the automobile and high-speed rail took over. Thanks to these bike-sharing startups, Chinese users are turning their interest back to the bicycle to combat traffic snarls.  For just a few cents, users can unlock a bike, get to their destination, then leave the vehicle at their destination for others to use.