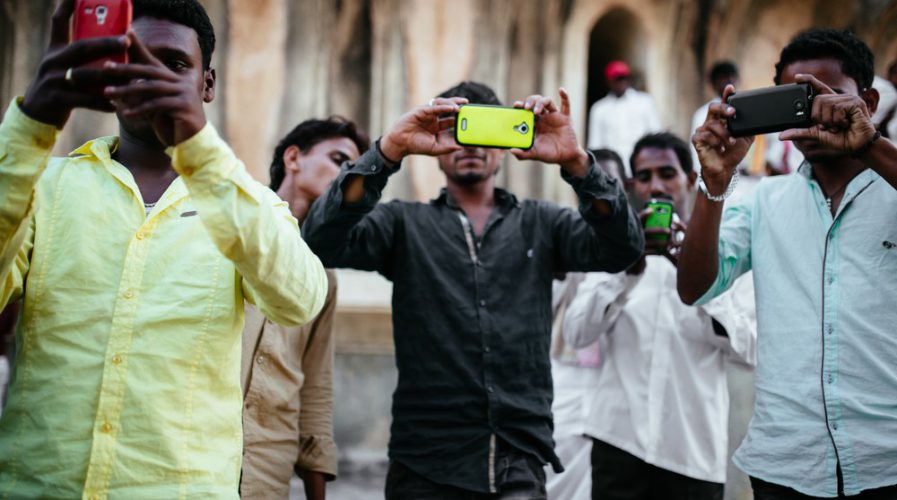 Smartphones are giving people in low income areas access to services such as communications and transporation. Source: Shutterstock/knyazevfoto

INDIAN smartphone users will consume 11GB of data per month by 2022, according to a report from Ericsson.

The communications technology provider’s Mobility Report 2017 found global year-on-year growth in mobile data from the end of the first quarter of last year was at its highest since 2013.

This was spurred by massive growth in India, according to the report, which is expected to continue at a compound annual growth rate of about 40 percent rising from a national total of 1 exabyte (one billion GB) a month at the end of 2016 to eight exabytes by 2022.

“As new apps continue to emerge and usage behavior evolves, network performance will play an even bigger role in determining smartphone users’ loyalty towards their operators,” Ericsson India head of network products Nitin Bansal told the Economic Times in a statement.

“In fact, mobile broadband experience in India is five times more effective in driving loyalty than tariff structure and pricing.”

The report found Indian consumers are judging network performance based on the speed of data services. The top four indicators used are: time taken to upload pictures to social media, time taken to open a web page, time taken for a video to buffer or load and download time for email attachments.