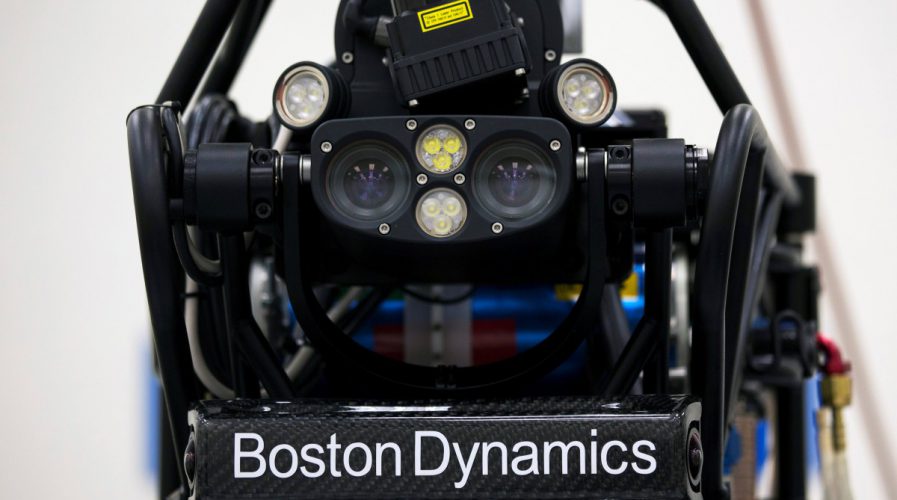 Bipedal humanoid robot “Atlas”, primarily developed by the American robotics company Boston Dynamics, is presented to the media during a news conference at the University of Hong Kong. Pic: Reuters

HUGE mergers and acquisitions (M&A) news in the tech world last week – Bloomberg reported that the ever ambitious SoftBank has just announced that it’ll be buying Boston Dynamics from Google, and will also be acquiring Japanese robotics company Schaft as a part of the deal.

For those that are unfamiliar, Boston Dynamics is the robotics company that builds scary four-legged military robots. Its creations include BigDog, a quadruped robot that it built for the US military. Although no one can doubt its genius, many of Boston Dynamics’ popular YouTube videos, where its four-legged machines are seen clamoring over rocky terrain, have been striking the fear in many hearts. This has led to a lot of mixed press over the years.

So why does Google want to sell? Its parent company Alphabet had apparently put Boston Dynamics up for sale early this year because it “didn’t anticipate a marketable product in the next few years”, according to sources familiar with the matter. By marketable product, Google means that Boston Dynamics would be unable to serve up a product fit to be reproduced for the masses, as its main customers were in a niche space.

“One of the challenges they’ve had is that the robotics don’t scale as well for mass production. That’s why they never fit with Google’s model,” Gene Munster, an analyst with Loup Ventures weighed in.

As for the reasons behind SoftBank’s purchase, things are quite clear – it wants to dominate in the robotics space but hasn’t had much success with current projects. Back in 2012, SoftBank acquired a French company called Aldebaran Robotics SA which produced Pepper, a humanoid robot, two years later.

While Pepper has had a lot of positive press globally and was well-received by consumers, SoftBank ran into issues when trying to develop AI “capable of understanding natural language” and was unable to boost adoption outside of Japan. In short, Pepper was kind of a flop for SoftBank.

It’s now looking for a comeback with Boston Dynamics, a big name in the robotics world. It’ll be interesting to see the pivot that new owners SoftBank will steer Boston Dynamics towards, and whether they’ll perhaps find success in creating Pepper version 2.0.