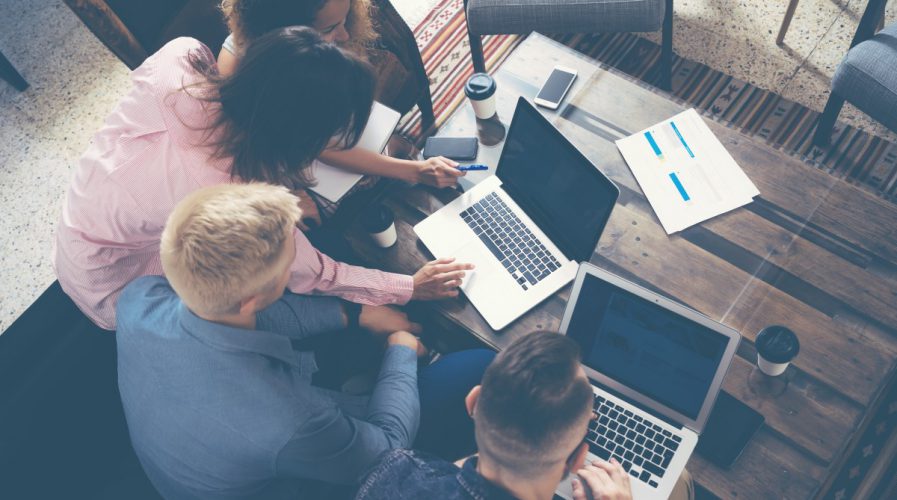 Companies need to be ‘digitally discerning’ when adopting new tech

IT’S REALLY EASY to get caught up in all the hype and the buzz of the Internet age – while more and more Software as a Service (SaaS) providers and vendors are offering SMEs digital services marketed at transforming their business systems, many corporations are getting “digitally distracted”.

However, that’s not a good strategy as companies that don’t really figure out what their customers need and want run the risk of implementing unnecessary, uncontextualized services.

Gupt said that when plotting out his company’s strategy to pivot into the digital age, they made a conscious decision to be “digitally discerning”, meaning that the company would take a bottom-up approach to rolling out any financial services. At the heart of their digital financial services ecosystem would be the consumer and the feedback they received.

“Digitally discerning companies start from the consumers, understand their prioritized pain points and are very disciplined about their digital investments. We believe that is the way to drive anything which is sustainable.”

According to Gupta, many companies engage in “FOMO”, or the fear of missing out. This anxiety of wanting to remain relevant often drives companies to make bad decisions about their digital investments.

All of OCBC's digital strategies has driven its position for best customer satisfaction #BankTechAsia pic.twitter.com/WEJi3hDDrz

As as result, we’re seeing a lot of companies implementing technologies such as machine learning, chatbots, edge computing, unnecessarily complicated security systems that are largely unwanted by their consumers. As a result, consumers usually complain that systems have become unwieldy because of the sheer amount of complication that has been introduced into what could have been a relatively simple process.

“We said from day one that just because we can doesn’t mean we should,” he said.

Gupta’s point gets at the heart of an issue that regularly comes up these days, especially with regards to the fintech. The boom days of fintech startups might not necessarily be over, but certainly it’s come to a point where companies and startups must have a reckoning about what businesses really need to drive their growth today.

Reimagining banking is much easier said than done, particularly when buzzwords are constantly flying around, according to Gupta. OCBC’s goal to reimagine the arcane world of banking for the high-speed digital age largely revolved around going back to their strongest base: their customer.

The organization relied heavily on focus groups and customer labs to find out precisely what customers needed. Through their research, the company hit upon the fact that many consumers found their banking too complicated and wanted it pared down to the utmost expression of simplicity. But they didn’t want it to be impersonal—they wanted a natural, contextualized experience that was ubiquitous and all-in-one.

That’s a lot to ask of an organisation with a lot of legacy behind it. Gupta joked that the core competency of bankers is “meaningless jargon”. Though funny he strikes accurately to the heart of the fact that what technology can do for banks is untangle its inherent complication and bring it into the present moment.

What is the core competency of bankers? Meaningless jargon. (lol) #BankTechAsia pic.twitter.com/fntEewQWRW

In large part, the company has focused their tech investments on driving their consumer data infrastructure and improving the design experience of their apps.

“Data is all about insights,” Gupta said, adding that the endless reams of information a bank has on their customers is directly correlated to how well they could design for the ultimate customer experience.

“We believe that data and experience design are our core competencies.”

OCBC created FRANK for students in tertiary education, in which they place the experience at the center #BankTechAsia pic.twitter.com/29RXESy1Uy

And the fruits of their labour have been abundant.

The company has won accolades, acclaim and awards for their sleek, well-designed apps which took away the hassles of traditional banking, such as the complicated security checks, dependence on physical retail spaces, and the generally slow administrative processes demanded by legacy systems.

OCBC’s experience is applicable to every company, not only those in banking and fintech. When you take “a discerning approach rather than a cowboy approach”, your ability to find where your comparative advantage and your customers’ needs intersect goes up exponentially, driving your success higher. Corporations looking to invest in the their digital evolution needs to be selective about their tech, or risk getting drowned out.